The S&P 500 has been chugging along for a decade, up nearly 420% since the 2009 financial crisis lows. You can argue the reasons why – buying fueled by debt, share buybacks and low interest rates among them. Either way, it’s hard to argue against buying the index being the best risk adjusted trade for […] Stock prices are falling faster and harder than they ever have before.  If the financial markets are in this much chaos even though not a single American has died from the coronavirus yet, what are things going to look like if this outbreak starts sweeping across America like wildfire?  The number of confirmed cases continues […]

The public is always ready to panic over the next pandemic. We love a good movie like the old Ebola scare, Outbreak. We even have a name for the next mystery disease — the big one that is supposed to destroy us all like World War III or like the apocalypse — a scientific name. […]

Even before the coronavirus sprang upon an unprepared China the credit cycle was tipping the world into recession. The coronavirus makes an existing situation immeasurably worse, shutting down China and disrupting global supply chains to the point where large swathes of global production simply cease. The crisis is likely to be a wake-up call for […]

Almost exactly 10 years ago, we detailed the tragic death of Gerard Reilly in a skiing accident – the point man on Repo 105, the point person for E&Y’s “investigation” into the Matthew Lee whistleblower campaign, Lehman’s Level 2 and Level 3 asset valuation, the brain behind the idea to spin off Lehman’s commercial real […] 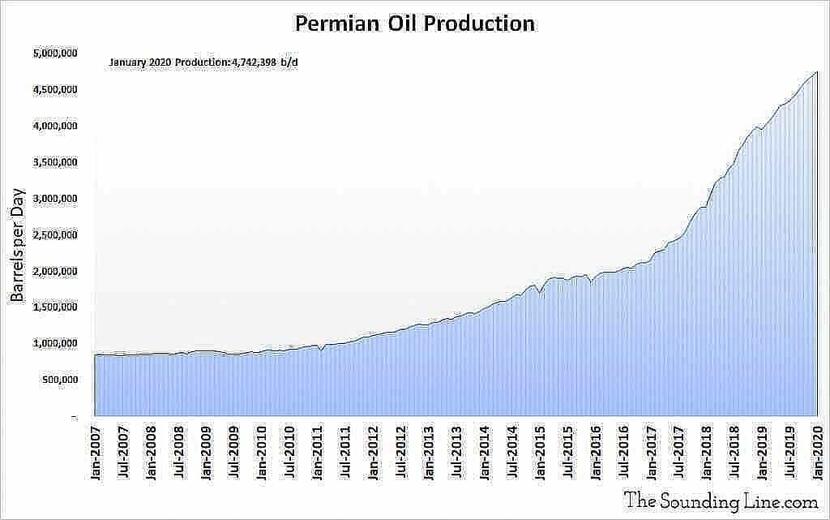 Submitted by Taps Coogan on the 18th of January 2020 to The Sounding Line. Enjoy The Sounding Line? Click here to subscribe. This article is the seventh in a series exploring oil and gas production in the seven major US shale basins. To read about the Anadarko, Appalachia, Bakken, Eagle Ford, Haynesville, and Niobrara basins […]

“If there was a free market, then you would have witnessed the bonds crash in price and interest rates rise as people perceived risk. The introduction of negative interest rates which began in late 2014 going into 2015.75 and Quantitative Easing, shifted the risk from the free market to the central banks. This is what I mean that […]

Amidst the nonsense, folly and euphoria of the last decade long bull market, a small beacon of hope shines in the form of Warren Buffett’s business partner. These days, the reporting of financial metrics has wandered so far off the path from normal GAAP earnings that’s it’s difficult to keep up with companies and decipher […]

The Coronavirus originated in China and is now a global outbreak. It’s gotten so bad that entire cities in China have been shut down. Cities of 10 million people, normally hustling and bustling are eerily silent. Even Foxconn, the maker of Apple iPhones closed their factories for several days. China is an economic powerhouse. The […]

When confronted with the unprecedented “one-time” revision in infected Covid cases, which added a whopping 15,000 infections to the Chinese disease total, Wall Street has responded in one of two ways. The first, as exhibited by the vast majority of sellside analysts who refuse to admit they are wrong, such as Goldman (described earlier), simply […]

SOUTH32 CEO, Graham Kerr, has again emphasised the need for a positive outcome to the negotiations underway with Eskom over the “hardship clause” regarding the supply of coal from the group’s Duvha Colliery. Speaking on a media conference call following release of the group’s results for the six months to end-December, Kerr also stressed that […]

The reported militarization of Wuhan’s P4 Lab has raised new questions about the origin of the Covid-19 virus and the apparent cover-up that has occurred since it was first made public. Following the removal of the most senior health officials in Wuhan yesterday, Chinese State Media has just reported that Chen Wei, China’s chief biochemical […] 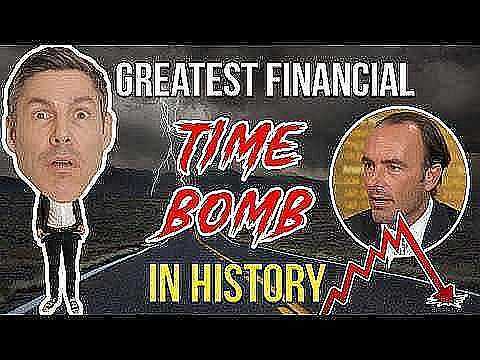 Kyle Bass reveals HSBC insights 👉YOU’VE BEEN LOOKING FOR! 👈And I explain them in a simple and fast way that’s easy to understand. Kyle Bass is a legendary investor well known for his extremely rigorous analysis. He called US banking crisis in 2008 and now he’s calling for a Hong Kong banking crisis in 2020, […]

Authored by Paul Joseph Watson via Summit News, Apparently keen to offset video footage of screaming Chinese people being abducted from their homes and taken to detention camps, the ruling Communist Party put out a video showing “mild” coronavirus victims housed in a “temporary hospital” being directed to dance by workers in hazmat suits. The […] Down 15% from a year ago. Employment lags job openings by a few months. It hit the usual suspects but also the services industries, including finance & insurance, tech, and healthcare. By Wolf Richter for WOLF STREET. Let’s make this clear: these are job openings in December and prior months, before the novel coronavirus had shown up on […]

In my entire lifetime, I have never seen so much panic over a potential global pandemic.  Emergency supplies are flying off the shelves, people are going to great lengths to avoid public gatherings, and flu masks are selling out all over the world.  I was recently talking to a friend of mine who lives in […]