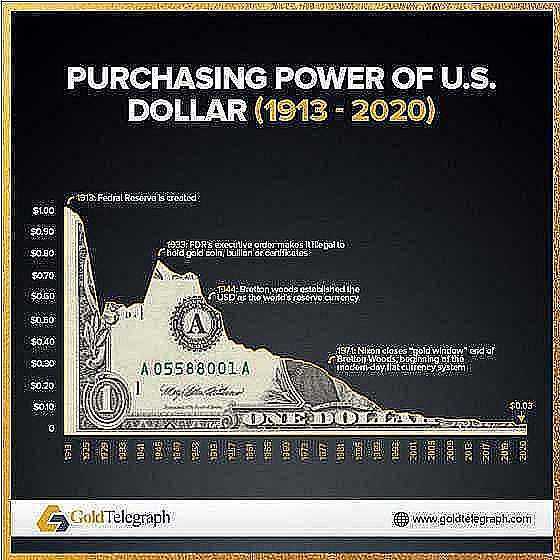 Most resource sector writers (including me) have for a long time been “wrong” about gold and silver.

But that was then… and this is now.

What we DID get right was that when the Big Turn finally came, it would change directions so swiftly and violently that anyone waiting for “the bottom” would miss it, as rising premiums more than offset declining prices.

Now in the first half of 2020 it seems that, like the broken clock we’re sometimes accused of being – we are getting it right. Really right!

Speaking for my colleague David Morgan and myself, I can say unreservedly that I don’t intend to ride this bull down into another multi-year trough when it finally gives up the ghost – three, five or more years hence.

In fact, we feel so strongly about this that we wrote a book on how to avoid doing just that, discussing how to employing every skill we’ve learned to extract as much profit as possible. “How to Make – and Keep – Big Profits from the Coming Gold and Silver Shock-Wave” tilts the odds sharply in favor of anyone who acts upon its distilled wisdom.

Forcing the Hoover Dam through a Garden Hose

Over the last few months, the tenor and strength of the metals’ market has changed in a big way.

We’re not going back to the corrosive experience that seemed normal in the last decade.

Expect gold and silver to move irregularly higher in violent impulse moves, followed by broad sideways corrective action that stores energy for the next burst higher.

Doug Casey uses the analogy that the effect of buyers rushing into gold and silver will be like trying to force the output of the Hoover Dam through a garden hose.

A New Day for Gold and Silver Has Dawned!

The gold and silver markets have fundamentally changed. Plan to change with it.

Expect bouts of amped up investment desire leading to recurrent shortages and steep premiums. To run with this trend, institute a regular program of adding to your holdings.

Nick Barisheff spells the math out this way, saying, “Globally, there are around $350T of financial assets – in stocks and bonds. If just 5% moved into gold, that would be $3.5T. But there’s only around $1.5T of above ground investible grade (London Good Delivery bars) gold totals! So, “Who you gonna’ call?” 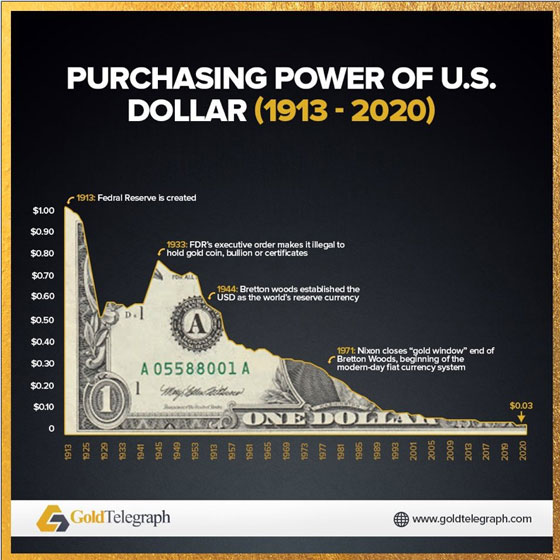 Of course the idea of having this kind of money and not spending it on something meant that the coins burned a hole in my pocket, so I promptly went to the local coin shop and exchanged them for some of those infamous pieces of currency David Morgan has long referred to as “paper promises.”

I don’t even remember how I spent the cash. Had I held it for just another three years, its value would have tipped the scales at… $2,250!

The late Richard Russell, the most prolific and long-published newsletter writer of the modern area, once said: “Take your position in gold and gold shares and forget it. You don’t buy and sell your life insurance, and I feel the same way about gold.“

Before it makes a big move, gold – and especially silver – likes to drop down, break obvious chart support lines cleaning out the weak hands, then quickly move to the upside. This coiling effect is like a crouching tiger. The release of energy is the pounce.

The chart below shows one of the most unusual, powerful and predictive technical chart signals, especially in a market which is quite liquid and seldom leaves gaps of any kind. 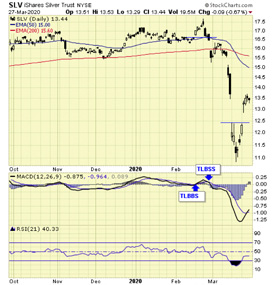 The “island reversal” happens when the price (in this case down) drops so quickly that no trading takes place, then reverses, and does the same thing in the other direction!

Usually these “islands” are of one or two days duration. The SLV chart nearby created a one-week island. Prices that don’t “fill” these gaps quickly can remain open for months or years, attesting to the coming move’s potential power!

The manipulators of paper gold can temporarily do anything… (But) do you really believe that fiat paper will maintain, and therefore store the value of what you have? Sorry, it simply will not. As such GOLD is your savings account. End of story!

Jim Rickards gets it right:

Because it (The Fed) can’t stomach the consequences of withdrawing much of the stimulus it has injected, the Fed will be unable to defend the value of the U.S. dollar through interest rate hikes and balance sheet reductions. And by “dollar” I’m referring to its exchange rate against real money: gold. This adds up to what’s likely to become the most bullish environment for investors in gold and silver in history… You can think of gold as a form of cash… but with a free option on higher prices relative to dollars.

If you haven’t bought some (or enough) yet, start now. As it rises in value by several times, resist the temptation to let it “burn a hole in your pocket” too soon.

When you decide to sell a portion, hold some in reserve, perhaps indefinitely. After all, its greatest value is to be looked upon as insurance!