We have been discussing the wanton destruction of public memorial and statues across the country, including baffling attacks on abolitionists and those who fought against slavery.  One of the most incongruous targets has been Abraham Lincoln in various cities. 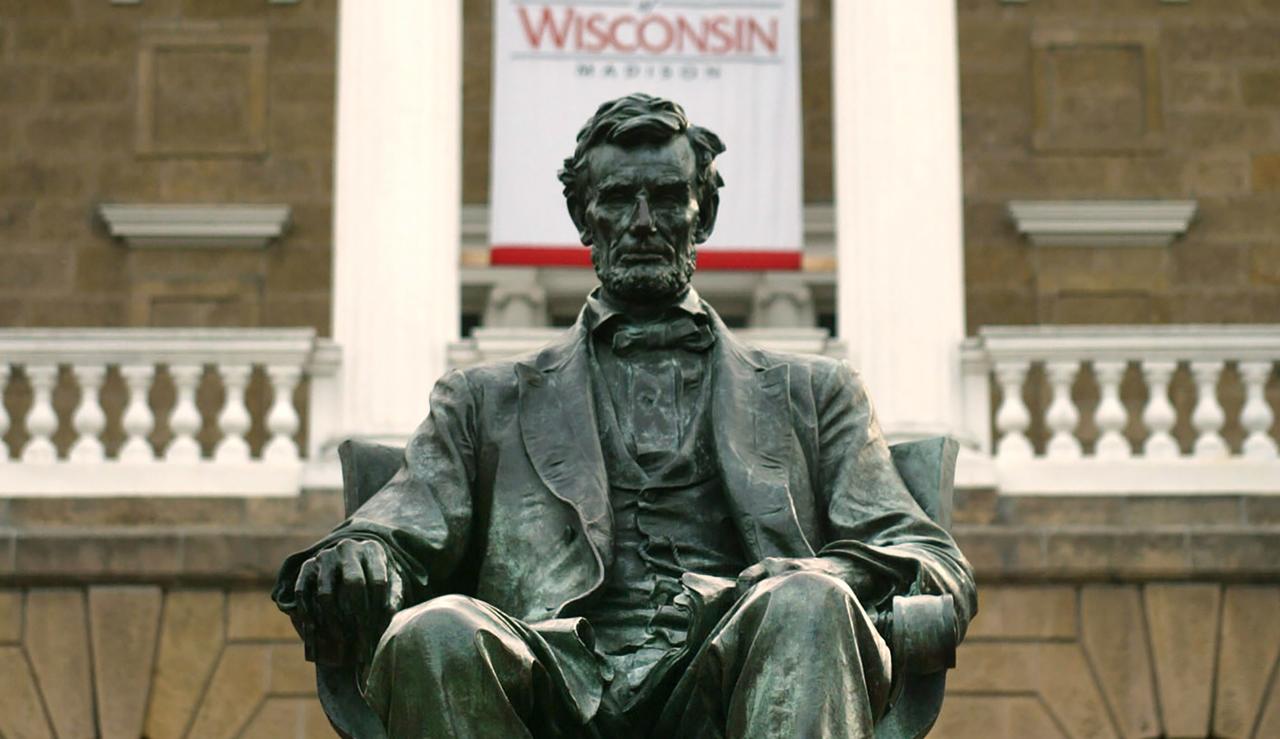 Now, students at the University of Wisconsin, including the Black Student Union and the Student Inclusion Coalition, have demanded the removal of Lincoln’s statue as ‘a single-handed symbol of white supremacy.” The signer of the Emancipation Proclamation, the vocal advocate for the 13th Amendment, and the man assassinated for his war against the South and slavery.

Saying that Lincoln is the “symbol of white supremacy” has about as much foundation as saying Harvey Milk is the symbol of militant heterosexuality.  Both were great leaders who were killed at the height of campaigns for equality.  As I discuss below, there are aspects of Lincoln’s legacy that are worthy of condemnation but even John Wilkes Booth would dispute the claim of Lincoln as the embodiment of white supremacy.

Wisconsin has been much in the news lately with scenes of the destruction of statues including that of Civil War abolitionist Hans Christian Heg and another of a female figure representing the state’s “Forward” motto.  When Democratic  Sen. Tim Carpenter took a picture of the protesters, he was attacked and required surgery for his injuries. 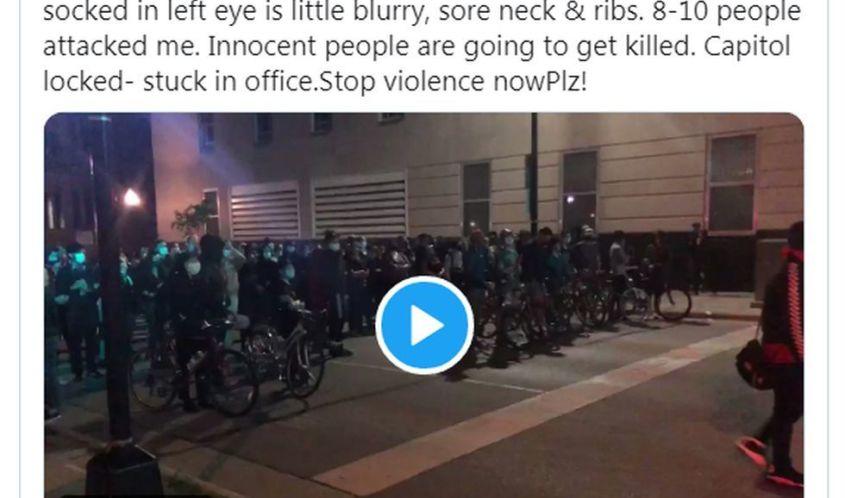 Administrators and faculty have been largely silent in the face of the destruction of statues including the toppling of George Washington’s bust on our own campus at George Washington University.  There is a palpable sense of fear that objections to such destruction will bring accusations of racism or campaigns to remove faculty.  We have already seen journalists and academics face such campaigns.

To the credit of these students, they are seeking such changes through dialogue and mutual agreement with the university.  Indeed, the effort allows for a discussion of not just the great deeds but the great wrongs revealed in such historical legacies.  These students did the right thing in raising their objections to Lincoln and starting a discussion on their campus as to whether he is the worthy figure for such a prominent place of honor.

The students want the prominent statue on Bascom Hill removed.

Students point out that Lincoln ordered the execution of 38 Dakota men and signed the Homestead Act, which gave settlers land forcibly taken from Native Americans.

Black Student Union president Nalah McWhorter declared “For him to be at the top of Bascom [Hill] as a powerful placement on our campus, it’s a single-handed symbol of white supremacy.”

The Dakota executions have long been controversial.  The Sioux or Dakota uprising occurred not long after Minnesota became a state and involved the death of hundreds of settlers.  The Army crushed the Sioux and captured hundreds.  A military tribunal sentenced 303 to death for alleged crimes against civilians and other crimes.  The trial itself was a farce with no real representation or reliable evidence.  Lincoln reviewed the transcripts of the 303 and told the Senate:

“Anxious to not act with so much clemency as to encourage another outbreak on one hand, nor with so much severity as to be real cruelty on the other, I ordered a careful examination of the records of the trials to be made, in view of first ordering the execution of such as had been proved guilty of violating females.”

However, only two men were found guilty of rape and Lincoln later expanded the criteria to include those who participated in “massacres” of civilians as opposed to battles with the Army.

Lincoln however commuted the sentence of 264 of the 303 convicted.

This is not the first time Lincoln has faced the ire of some in Wisconsin. When Lincoln called the nation to war against the South, many in Wisconsin did not support the cause and rioted against Lincoln.  Ultimately, however, Wisconsin sent multiple regiments who fought valiantly in the War and sacrificed much to defeat both the South and slavery. 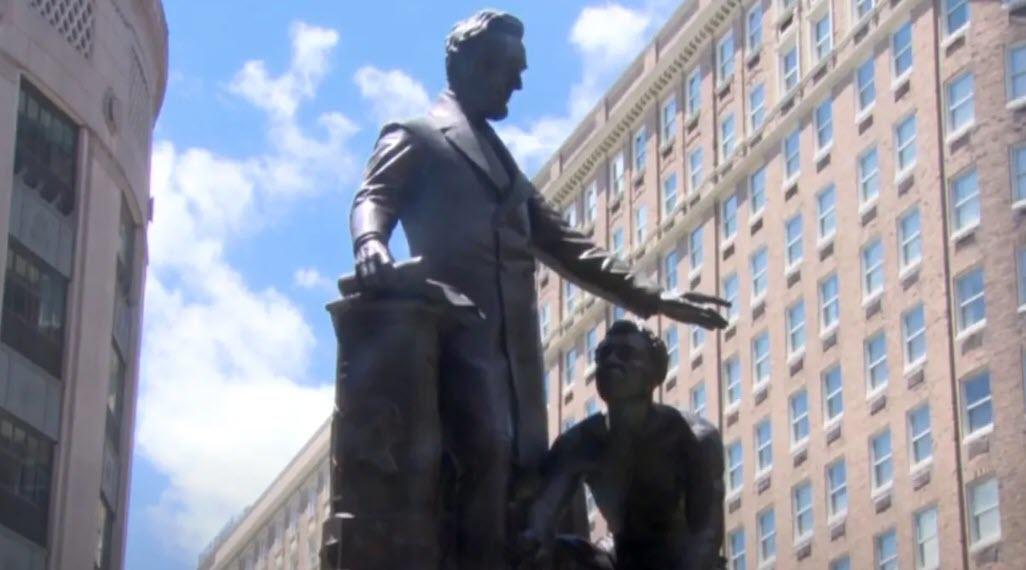 Boston Mayor Marty Walsh issued a statement of support for the decision.

“As we continue our work to make Boston a more equitable and just city, it’s important that we look at the stories being told by the public art in all of our neighborhoods,” Walsh said.

One petition garnered more than 12,000 signatures to remove the statue.]

Having a statue to a leader like Lincoln is not an endorsement of his entire legacy. I have heavily criticized Lincoln for the unconstitutional suspension of habeas corpus and the loss of free speech rights as well as other decisions.  We learn from such public memorials, which can be augmented with a more full historical context and criticism.  However, to say that Lincoln is a symbol of white supremacy ignores his pivotal role in fighting slavery, a cause for which he would ultimately give his own life.

Take Your Pick: US Manufacturing Economy