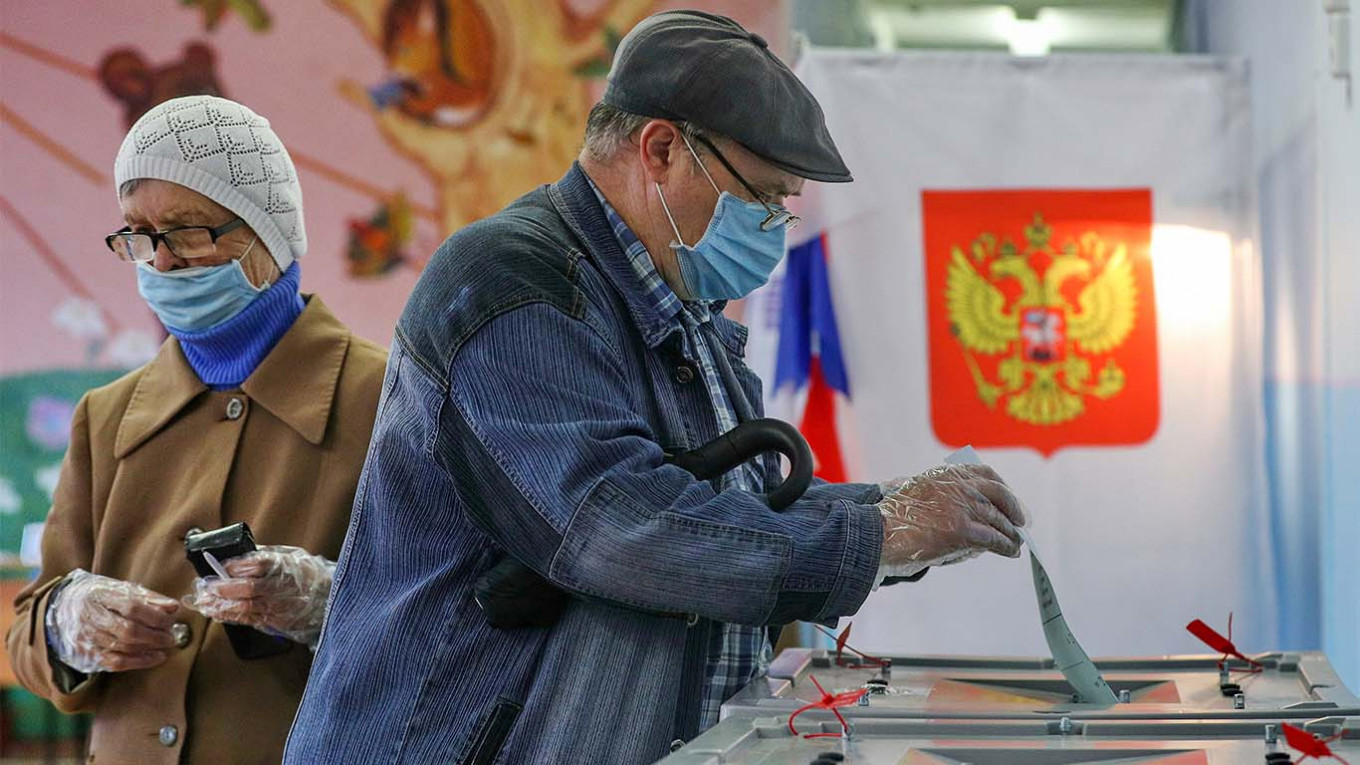 The final day of Russia’s week-long vote on overhauling its Constitution is ending with no surprises. Vladimir Putin, who was first elected president in 2000, has been all but handed the opportunity to remain in office until 2036. If that happens, the former KGB officer will overtake Josef Stalin as the country’s longest-serving leader.

In an unprecedented week-long vote — ostensibly to thin crowds at polling stations during the coronavirus pandemic — Russians voted yes or no to a bundle of over 200 amendments to their Constitution. The changes included social protections like guaranteed minimum pensions and the enshrining in the document of traditionalist ideology — including an affirmation of Russians’ faith in God and a definition of marriage as possible only between a man and a woman.

Taken together, the changes are the biggest overhaul of the Constitution since it was written two years after the fall of the Soviet Union in 1991.

But there is one amendment among the many that is key for the Russian president and his supporters, and that critics identify as the reason for the changes being presented in a single yes-or-no vote. It scraps Putin’s term limits — his second consecutive and fourth overall term will come to an end in 2024 — allowing him to run for office again in 2024 and 2030.

“All we have is Putin,” said Galina Morozova, 81, outside a polling station in central Moscow Wednesday afternoon after voting yes to the changes. “We have to make sure he stays in power.”

Although the referendum was postponed from its original date in late April by the pandemic, it had long been considered a formality. Before the vote even kicked off on June 25, bookshops in Moscow had begun selling copies of the new Constitution, which was approved by both houses of parliament — the State Duma and the Federal Council — as well as regional assemblies nationwide in March.

On the eve of the start of voting, Grigory Melkonyants, a co-chairman of the independent election monitor Golos, or Voice, described the vote as one of the “most manipulative” and “least transparent” in the country’s history. A week later, before the final day of voting had kicked off — which Putin declared a national holiday so Russians could head to the polls — Golos had received over 1,500 complaints of violations. The organization said that about half of them held weight.

Election commission officials fashioned a host of new procedures for the referendum, which Melkonyants warned could enable voter fraud.

For one, voters were allowed to vote from home on request in the first six days of voting. In one Moscow district, a municipal deputy found that the number of votes had risen twelvefold compared to previous years, with no documentation proving people actually voted.

Voters were also allowed to vote at makeshift voting booths outside their homes, which ranged from car trunks to benches to tree stumps. No election observers were assigned to those locations.

And voters could also cast their ballots online. Some Russians found this allowed them to vote twice, even thrice.

In what would appear to be evidence of falsification, voter turnout in the Yamal-Nenets autonomous district before the final day of voting, on Wednesday, reached over 100%.

Putin Wants You to Think He’s Not Going Anywhere

Ahead of the referendum, Putin had called for election commission officials to ensure a clean vote. In his final pitch to voters on Tuesday, the president stood in front of a backdrop of a new World War II monument. He did not mention the amendment that would allow him to run for office once again.

“We can ensure stability, security, prosperity and a decent life only through development, only together and by ourselves,” Putin said.

Analysts predicted that the referendum would pass by somewhere between 70 and 75% in favor. Critics said they expected those numbers because they would allow Putin to point to a significant majority backing him without being too high to trigger cries of voter fraud. In winter 2011, that situation led to the Bolotnaya protests, the biggest uprising against Putin’s rule.

In perhaps the only surprise of the day, early Wednesday afternoon, nearly five hours before the close of polls in Moscow, the Central Election Commission began publishing results: 72.9% had so far voted in favor across the country.

“We typically have a moratorium on publishing results early because it can influence voters who have not yet voted,” Melkonyants said. “But they’ve made their own rules. What you have is the dirtiest technology being used to influence voters.”

“We can’t trust these results,” he added.

Putin Urges Russians to Back ‘Stability, Security, Prosperity’ in Vote

Because of this, Kremlin’s loudest critic and de facto opposition leader Alexei Navalny called for his supporters to boycott the vote rather than participate in what he has called a farce.

Other opposition activists rallied around a movement they called the “No! Campaign.” Throughout the day, the group published its own exit polls for Moscow and St. Petersburg. As of early evening, its results showed 47% in favor of the constitutional changes in Moscow and only 37.8% in St. Petersburg.

“I know I can’t influence the results, but I would have a guilty conscience if I didn’t at least try,” said Polina Volkova, a 23-year-old waitress, explaining why she voted against the changes.

Volkova also said that she didn’t see why the voting had to happen during the pandemic, with new daily coronavirus infections remaining in the thousands. Critics have said the Kremlin wants to push the amendments through before discontent over its pandemic response overflows, as Putin’s approval rating is hovering near a historic low of 60%.

The Moscow polling station could have been mistaken for a coronavirus testing center. Workers and volunteers wore personal protective equipment and took voters’ temperatures. They also handed out gift bags with latex gloves and single-use masks.

“What we are seeing is a regime that is becoming less and less embarrassed about violating the law to push through what it needs,” said Tatiana Stanovaya, the founder of the R.Politik analysis project. “Ultimately, though, it is lying to itself. It does not have this 70 plus percent support that the results are showing.”

Small protests against the reforms erupted throughout the day.

Activists on Red Square were detained and then quickly released after they lay down to form “2036” — the year Putin will be able to rule until once the reforms pass.

And in the capital, the “No! Campaign” called for a protest on Pushkin Square in the city center Wednesday evening. But with Navalny abstaining from political action around the vote, the rally was muted.

Opposition-minded Russians projected an air of resigned helplessness throughout the day.

“Doing something is still better than doing nothing,” Klyukin said. “Otherwise we are acquiescing to a forever ruler.”