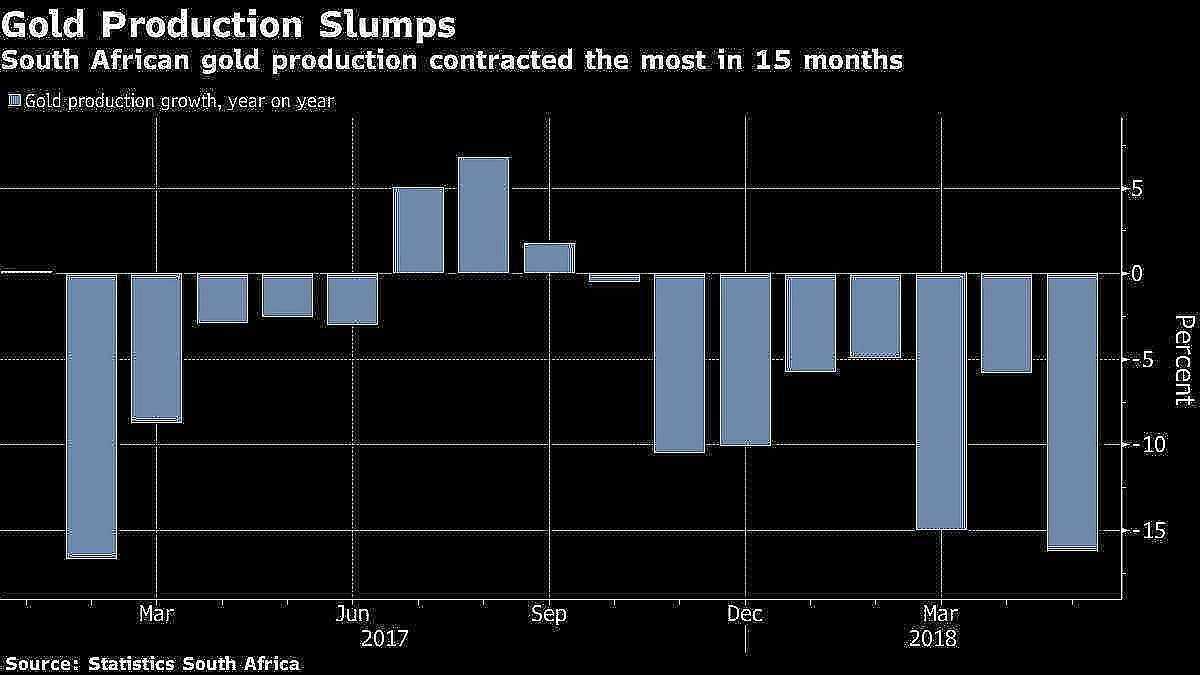 (Bloomberg) — South Africa’s gold industry, once the world’s largest, faces an inevitable decline, according to the chairman of the country’s biggest producer of the metal by market value.

Output will continue to shrink as miners chase ever-deeper ore bodies while struggling to keep costs down, said AngloGold Ashanti Ltd. Chairman Sipho Pityana. That means the Johannesburg-based company has decisions to make about its future in the country.

“Gold is a sunset industry,” Pityana said in an interview last week in Bloomberg’s Johannesburg office. “It doesn’t matter what you do, it doesn’t matter how you do it, you are not going to be able to change that.”

South Africa’s gold mines are the world’s deepest and among the most labor intensive. The country’s gold production dropped 16 percent in May from a year earlier, falling for an eighth straight month, as aging infrastructure, depleted reserves and accidents raise costs and curb output.

Still, for producers that are able to mine safely, profitably and reward shareholders with returns, there may still be a future, Pityana said. Automation could offer the answer to mining super-deep reserves in the future, he said.

AngloGold, the world’s third-largest gold producer, gets about 13 percent of its output from South Africa after selling mines to stem losses in the country. That’s down from 43 percent in 2007. The company’s other mines stretch from Australia to Argentina and Ghana.

Given the challenges, some of AngloGold’s investors have queried the value of investing in South Africa, compared with other countries such as Brazil, he said.

“People are asking ‘are you going to split the two businesses?’ It’s an option that remains on the table, it’s not an obviously decided matter,” Pityana said. “All of those things are subject of major debate in our boardrooms, among the executives.”

Despite a reduced operational presence in South Africa, the company will probably maintain its primary listing in the country, Pityana said.

While options for the main listing and any potential sales, purchases or mergers are always being looked at, “you take a view as a board when you really have to,” the chairman said. “We are not in that place.”