Authored (somewhat satirically) by C.J.Hopkins via The Consent Factory,

So, welcome to 2021! If last week was any indication, it is going to be quite an exciting year. It is going to be the year in which GloboCap reminds everyone who is actually in charge and restores “normality” throughout the world, or at least attempts to restore “normality,” or the “New Normality,” or the “Great Normal Reset,” or “The New Normal War on Domestic Terror” … or whatever they eventually decide to call it. 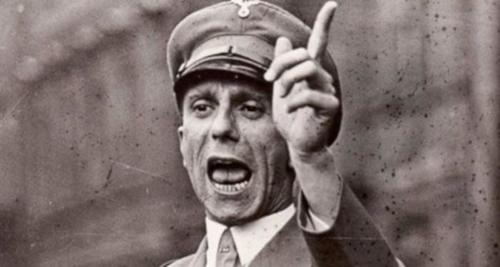 In any event, whatever they call it, GloboCap is done playing grab-ass. They have had it with all this “populism” malarkey that has been going on for the last four years. Yes, that’s right, the party is over, you Russian-backed white supremacist terrorists! You Trump-loving, anti-mask grandmother killers! You anti-vax, election-fraud-conspiracy theorists! You deviants who refuse to follow orders, wear your damn masks, vote for who they tell you, and believe whatever completely nonsensical official propaganda they pour into your heads!

Oh, yes, you really did it this time! You stormed the goddamned US Capitol. You and your racist, Russia-backed army of bison-hat wearing half-naked actors have meddled with the primal forces of GloboCap, and now, by God, you will atone! No, do not try to minimize your crimes. You entered a building without permission! The building where America simulates democracy! You walked around in there waving silly flags! You went into the Chamber, into people’s offices! One of you actually put his filthy populist feet up on Pelosi’s desk … ON HER DESK! This aggression will not stand!

Yes, I realize this comes as a shock, but I have seen the GloboCap writing on the wall, and I don’t want to … you know, get ideologically “cleansed,” or charged with “extremism,” or “insurrectionism,” or “domestic terrorism,” or “populism,” or whatever. I’m already in enough trouble as it is for not playing ball with their “apocalyptic plague,” and whatever else I am, I am certainly no martyr, and I have a career in the arts to consider, so I have decided to listen to my inner coward and join the goose-stepping global-capitalist mob, which is why this column sounds slightly out of character.

See, back in the old days, before my conversion, I would have made fun of my liberal friends for calling this “storming” of the Capitol a “coup,” or an “insurrection,” and for demanding that the protesters be prosecuted as “domestic terrorists.” I probably would have scolded them a bit for taking to the Internet and spewing their hatred at the unarmed woman shot dead by the police like a pack of soulless, totalitarian jackals. I might have even made a reference to that infamous scene in Schindler’s List where the crowd of “normal” German citizens all laugh and jeer as the Jews are marched away to the ghetto by the Nazi goons.

But, now that I have seen the light, I see how bad and wrong that would have been. Clearly, trespassing in the US Capitol is a crime that should be punishable by death. And comparing contemporary American liberals to the “good Germans” during the Nazi era is so outrageous that … well, it should probably be censored. So, good thing I decided not to do that! Plus, the woman was a “devoted conspiracy theorist,” so she got what she deserved, right? (“Play stupid games, win stupid prizes” was the official liberal shibboleth, I believe.)

In fact (and I hope my liberal friends are still reading this), the police should have shot the entire lot of them! All these Russian-backed Nazi insurrectionists should have been gunned down right there on the spot, preferably by muscle-bound corporate mercenaries and CIA snipers in Black Hawk helicopters with big Facebook and Twitter logos on them! Actually, anyone who trespassed in the Capitol Building (which is like a cathedral), or just came to the protest wearing a MAGA hat, should be hunted down by federal authorities, charged as a “domestic white-supremacist terrorist,” frog-marched out onto Black Lives Matter Plaza, and shot, in the face, live, on TV, so that everyone can watch and howl at their screens like the Two Minutes Hate in 1984. That would teach these “insurrectionists” a lesson!

Or they could shoot them in one of those corporate-branded stadiums! We could make it a weekly televised event. It’s not like there is any shortage of Trump-supporting “domestic terrorists.” They could use a different stadium every week, deck the place out with big “New Normal” banners, play music, make speeches, the whole nine yards. Everyone would have to wear masks, of course, and strictly adhere to social distancing. Folks could bring the kids, make a day of it.

How am I doing so far, leftist and liberal friends? No? Not fanatical and hateful enough?

OK, so what is it going to take to convince you that I have changed my tune, got my mind right, and am totally on board with the New Normal totalitarianism?

Sure, I can do Trump. I hate him! He’s Hitler! He’s Russian Hitler! He’s Russian White Supremacist Hitler! Yes, I know I’ve spent the last four years pointing out that he isn’t actually Hitler, or a Russian agent, and that he’s really just the same ridiculous, narcissistic ass clown that he has always been, but I was wrong. He’s definitely Hitler, and a Russian agent! He is certainly not just a pathetic old huckster without a single powerful ally in Washington who could not stage an actual coup if Putin nuked every blue state on the map.

No, I soil myself in fear before his awesome power. Never mind that he’s just been banned by Facebook, Twitter, and numerous other corporate platforms, and made a fool of by the corporate media, the international political establishment, the Intelligence agencies, and the rest of GloboCap since the day he took the oath of office. Forget the fact that, although he holds the nuclear launch codes in his tiny little hands and is Commander in Chief of the US military, the most he could do to challenge his removal was file a buttload of hopeless lawsuits and sit around in the Oval Office eating cheeseburgers and tweeting into the night. No, none of that means a thing, not when he still has the power to “embolden” a few dozen pissed-off Americans to storm (or calmly walk) into the Capitol and take selfies sitting in the Vice President’s Chair!

How am I doing, liberals? Am I back in the club? Because, I get it. I swear! I’m cured! Praise God! I’m ready to pitch in and do my part. I believe in GloboCap’s final victory! I’m willing to work, if our leaders order me, ten, twelve, or fourteen hours a day, and give all I have for GloboCap victory! I am ready for total ideological war … an ideological war more total and radical than anything I can even imagine!

Sure, our imaginary enemies are formidable (and this war will probably last forever … or at least until the end of global capitalism), but, in the words of one our greatest liberal heroes, George W. Bush, “bring it on!” 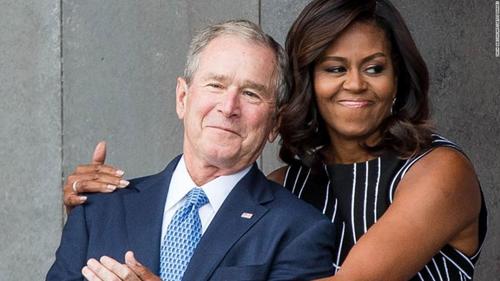