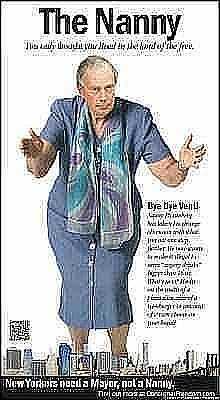 It is often said that the elite have little compassion for people when they stand in the way of agendas they wish to push on the public.  And whether it is Al Gore wanting to institute carbon taxes on everyone to stop ‘Man Made Global Warming’, or the Mayor of Philadelphia destroying hundreds of jobs in the beverage industry through his absurd crusade to fight obesity, in the end it is always the poor and middle classes who must pay the costs for the failed ideas of the rich and powerful.

Which brings us to perhaps the biggest elite activist in America today.  And of course we are talking about the billionaire and former Mayor of New York City Michael Bloomberg who in a recent panel discussion at the IMF said he was more than willing to tax the poor for their own good if it would achieve societal change in getting rid of the sugary beverages which he believes are at the heart of the obesity problem. 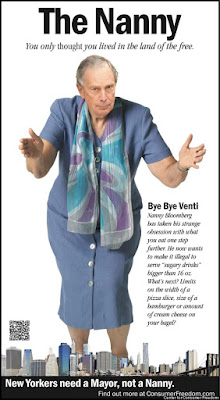 Left leaning billionaire Michael Bloomberg says he would like to hike taxes on low-income citizens in his crusade against sugary drinks. He says it’s a “good thing for those people.”

Bloomberg says he wants to decide on what is good for low-income people. “The question is do you want to pander to those people? Or do you want to get them to live longer? There’s just no question,” he said.

“If you raise taxes on full sugary drinks, for example, they will drink less and there’s just no question that full sugar drinks are one of the major contributors to obesity and obesity is one of the major contributors to heart disease and cancer and a variety of other things,” he said at the IMF discussion panel talking to the IMF Chief Chrisine Lagarde. – Russia Today

Bloomberg also went on to say that it is better to put coal miners out of a job if it would end America’s use of the abundant energy source as a fuel for industry.

In the end, elites do not want you or others to succeed or even enjoy the fruits of choice and freedom.  And as seen many times throughout all the dying landscapes of places like Detroit, Baltimore, and Chicago, all they want to to do more than anything is to tell you how to live your life, even if it means bankrupting you into poverty.