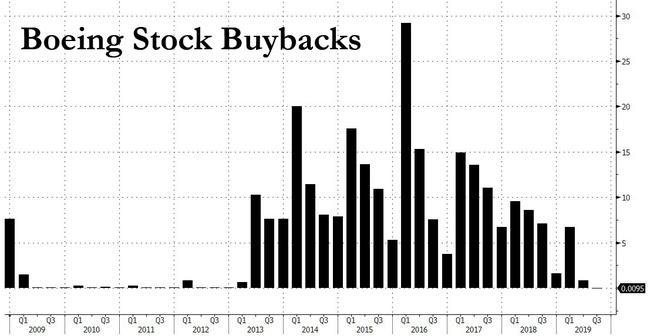 Just hours after S&P took the machete to Exxon’s long standing AA+ credit rating, moments ago the rating agency went after the company which until just a few weeks ago seems invincible, and whose stock price has crashed from $350 to $130 in a little over a month after it announced it was fully drawing down its revolver: Boeing.

S&P cut Boeing’s credit rating by two notches late on Monday, to BBB from A-, as its “cash flows for the next two years are going to be much weaker than we had expected, due to the 737 MAX grounding, resulting in worse credit ratios than we had forecast.” In addition, S&P notes, “the significant reduction in global air travel due to the coronavirus will likely result in an increase in aircraft order deferrals, further pressuring cash flows.”

And worst of all, Boeing will likely be downgraded again, as S&P kept it on Credit Watch negative, meaning it may be just a matter of time before Boeing is downgraded to junk, making it the world’s most iconic fallen angel.

More details from the downgrade:

The significant difference is due to an absence of MAX predelivery payments (PDP) into 2021, higher and more front-loaded cash compensation to airlines, additional cash costs related to the production halt (including supplier support), and lower MAX production rates and deliveries than previously expected.

We are also now expecting weaker cash flow from the rest of the business due to cuts to 787 production (including lower PDPs), delays to the first 777-9 delivery, and lower cash flows at the defense and aftermarket segments.

This results in higher debt levels in 2020 (with balance sheet debt peaking at more than $46 billion, including the debt from the Embraer joint venture) and a weaker improvement in 2021, with funds from operations (FFO) to debt in 2020 now likely to be only about 5% (previous expectation was 29%) and about 30% in 2021 (previous expectation was 75%). This forecast remains highly uncertain with the potential for increased downside from the coronavirus.

Why is S&P really taking this draconian action, which could topple one of the beacons of US manufacturing into junk status? Simple: in the past two years, Boeing feasted on cheap debt, doubling its debt load in one year. 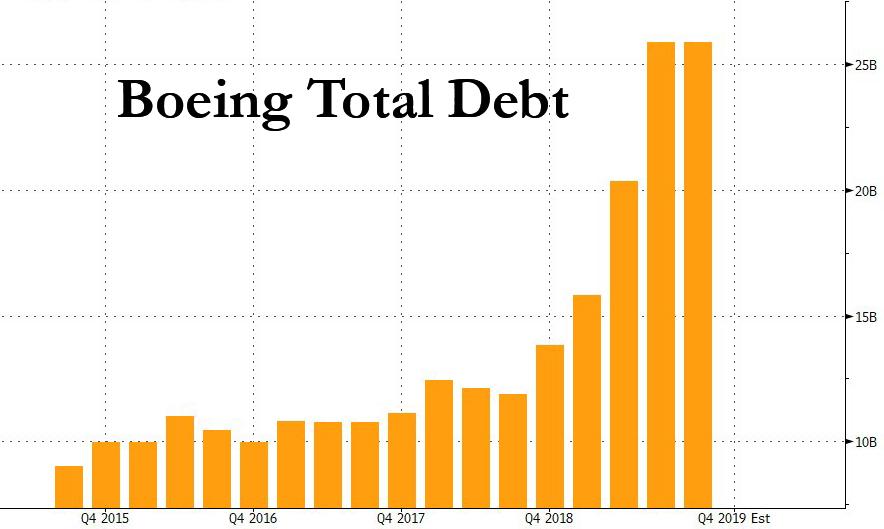 Just a few days after drawing down on its revolver, Bloomberg reported moments ago that Boeing is now also seeking “short-term aid” in talks with the White House and lawmakers; in other words a “bailout.”

We have one small problem with that: while Boeing was perfectly happy to load up on as much debt as it could over the past decade, the bulk of the proceeds was used for none other than enriching its shareholders and management, with zero consideration for those same employees and suppliers that the company suddenly cares so much about now. And Boeing certainly didn’t care about its passengers and clients when it cut every corner it could find to design the 737 MAX, a plane that was “designed by clowns, who are in turn supervised by monkeys.”

As the chart below shows, Boeing has repurchased over $100 billion in stocks since 2013, helping push its stock to all-time highs not that long ago. 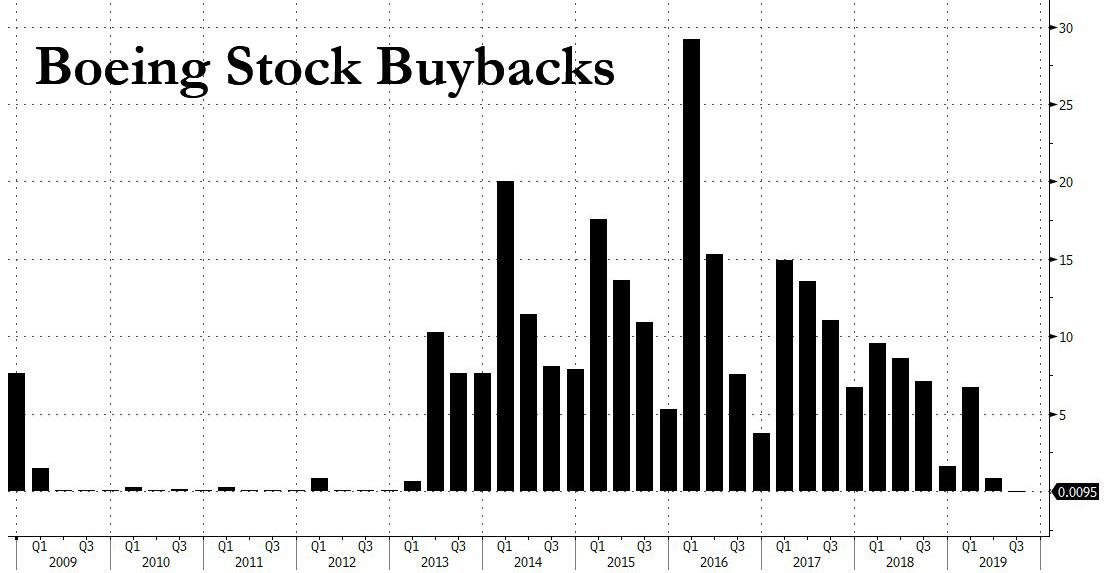 So, no, nobody in their right minds should give Boeing even one penny in “short term aid”. Instead, management and the board should be ordered to sell as much stock as they need – you know, the opposite of buying it back – to maintain the business, even it means sending the stock price crashing far lower.

Because it’s called capitalism, and because there is no reason why taxpayers should foot the bill for a company which instead of saving cash when times were good, was handing it out to shareholders and a handful of executives, and which should now for some insane reason be eligible for a bailout when times suddenly go bad.

No: force Boeing – and others like it that spent billions repurchasing its stock while incurring massive amounts of debt – to sell its stock. After all that’s what a public company’s stock is – a currency – and just as Boeing could repurchase it when it had cash, and lifted its stock price to all time highs, it should now sell its stock and use the proceeds to fund itself, like any other corporation does when it needs funding. Last time we checked, Boeing’s market cap was $73 billion, and it certainly afford to drop much more as the company now does the buyback in reverse.

This is also a warning to Congress and the White House: if chronic stock repurchasers such as Boeing, are bailed out instead of ordered to find their own sources of liquidity, there will be a mutiny in America and rightfully so, because it was Boeing’s shareholders that got rich on the way up, and now it is somehow up to taxpayers to make sure the company, loaded up with record amounts of debt used to fund buybacks, survives one more quarter.

That, in a word, is bullshit.