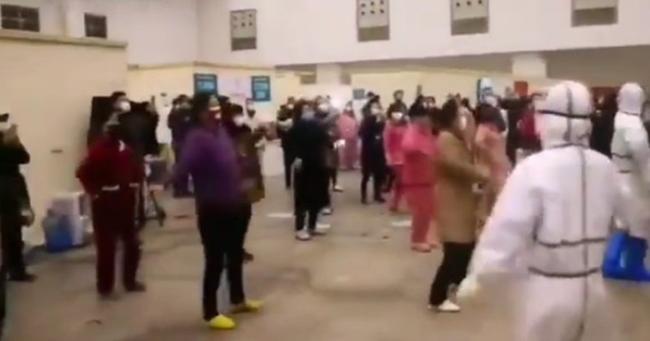 Apparently keen to offset video footage of screaming Chinese people being abducted from their homes and taken to detention camps, the ruling Communist Party put out a video showing “mild” coronavirus victims housed in a “temporary hospital” being directed to dance by workers in hazmat suits. 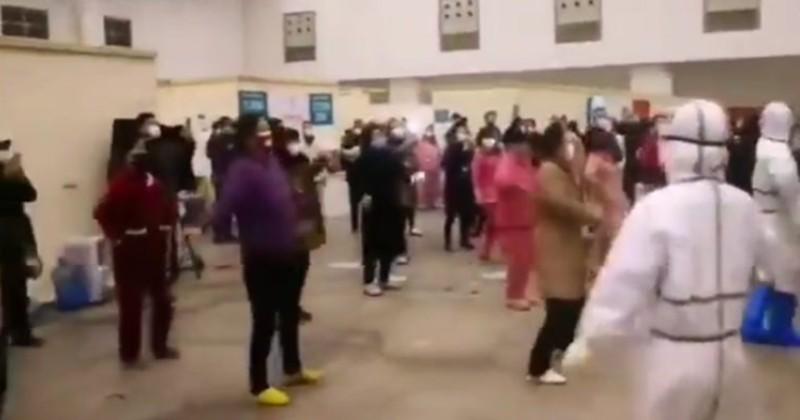 The video was published by People’s Daily, the largest newspaper in the country and the official news organ of the Central Committee of the Communist Party of China.

It shows what are purported to be “infected patients with mild syndromes” dancing to Chinese music. Some of them appear to be less enthusiastic than others and one is reminded of the mandatory exercise sessions in George Orwell’s 1984.

“Virus can’t put out the passion for life!” states the tweet accompanying the video.

Another clip shows a medic in a hazmat suit performing “Chinese traditional Qigong outside a quarantine chamber” as a way of telling the patients, “Don’t worry. Things will get better.”

A medic harmonizes the ward showing Chinese traditional Qigong outside a quarantine chamber, as if telling the patients: “Don’t worry. Things will get better.” pic.twitter.com/BqOSRk83yh

The two videos are in contrast to plenty of other video footage which shows alleged coronavirus victims being chased down by authorities and dragged kicking and screaming to internment camps.

As we highlighted yesterday, another video clip shows a woman trying to scale down a building to escape quarantine. She loses her grip and falls to her death.