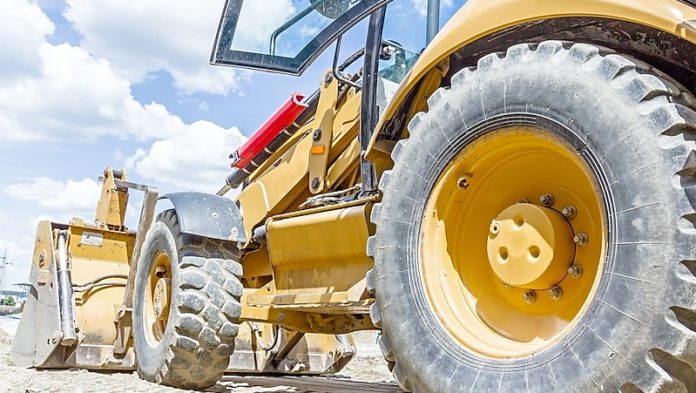 LOCALISATION in South Africa’s mining sector is a controversial subject. The country’s government has increasingly asked for it, making procurement from local firms a feature of legislation, most notably in Mining Charter III.

As the Mining Charter currently stands, about 70% of all procurement by South African firms must be local in three years in order to comply with mining licence regulations. The government goes so far as to prescribe the level of empowerment required of suppliers.

The mining sector said it recognises the benefits of localisation, but warns that the targets are too onerous.

That’s where the matter stands whilst the government’s Department of Mineral Resources and Energy and the Minerals Council await the outcome of a High Court process which is primarily focused on deciding whether past empowerment efforts should be recognised.

But could global economic trends fall increasingly in the South African government’s favour? In a post-COVID-19 global economy that might be possible, extrapolating from research conducted by PwC, the consultancy.

Commenting in Mine 2020, an annual publication that spots tends in the mining sector by monitoring the activities of the world’s top 40 firms, PwC said the sector may have to re-think long-held assumptions about the unassailable wisdom of ultra-lean principles and global supply chains.

“Miners may need to think about de-risking critical supply chains and investing more in local communities. A shift towards localisation in supply chains and in deals, as well as different forms of community engagement, may turn out to be enduring consequences of the pandemic,” it said.

PwC’s observation is partly to do with how COVID-19 might accelerate an already existing swing towards bilateralism as demonstrated in trade politics. The re-emergence of trade tariffs are direct result of heightened political tensions between China and the US over the last two years.

Bilateralism is also the consequence of the US government’s withdrawal from the World Health Organisation (WHO) and extends to practices such as nations relocating data within national borders. In other cases, manufacturers are being forced to consider moving manufacturing facilities from tariffed countries to regional bases, or they ‘on-shore’ in their home bases.

According to the World Bank in its April edition of the bi-annual World Commodities Report the unravelling of global value chains (GVCs) would be exacerbated by national security concerns regarding the reliability of supply of critical equipment, such as personal protective equipment which would favour local production.

“For commodity markets, such a development could potentially lower transport demand if it reduces average distance of imports,” said the report’s authors.

“All else equal, this would result in permanently lower oil demand as GVCs are more transport-intensive than other forms of trade,” the bank said. “It could also lead to shifts in the source of commodity demand as manufacturing hubs shift.”

In one interesting interpretation of the potential impact of tariff changes, the French economist, Thomas Piketty, observed that whilst tariffs are generally feared – where do they stop – they might be the only way the world economy pays for the common threat of greenhouse gas emissions?

In any event, even a degree of deglobilisation may start to change the game for the mining sector which relies on international trade flows to sell products, and to procure goods and services.

“There is a visible impact for mines where there’s a just-in-time approach to securing stock,” says Andries Rossouw, resources team leader for PwC. “The industry is used to buying cheap goods from China, and in not having to buy back-up supplies,” he said in an interview.

He thinks mining firms will have to diversify their supply risks. They have already had a taste of what might be coming with the most recent COVID-10 related lockdowns, especially if trade flows are interrupted by tariffs, international tensions and flaring virus threats in the future.

“It’s got a similar role to play in South Africa. South Africa is geographically advantaged and there is potential to manufacture equipment here as we’ve got a mature mining sector,” he says.

“At least for their most critical supply chains, the Top 40 may need to consider an alternative approach; improved inventory management combined with globally diversified or locally sourced and financially viable resources,” said PwC in its Mine 2020 report.

“This would not only de-risk mining companies against a similarly disruptive event but also help develop and build resilience in local communities,” it said.

Henk Langenhoven, chief economist of the Minerals Council comments that governments would be well advised not to make ‘knee-jerk’ decisions around tariffs and localisation without taking into account existing dynamics such as demand and cost structures. This is especially true during the current time when commodities are engulfed by chaos.

There’s obviously as significant amount of guesswork at play if only because the economic signs are contradictory.

Costas Bintas, head of copper for Trafigura, a commodity trading firm, told Bloomberg News that copper was coming out of COVID-19 relatively well whilst a report by Morgan Stanley this month forecast a V-shaped recovery for global markets, reasoning that COVID-19 is a crisis without endogenous factors (no pre-existing economic crisis) government-led stimulus efforts have been comprehensive and effective.

As many, if not more analysts, think the opposite is true, including the World Bank. It thinks COVID-19 may even change consumer appetites.

Increased work from home activity will lower transport usage and oil demand as would a possible decline in international business travel. A reduction in long-haul travel routes will undoubtedly continue the shake-down in travel but may also provide impetus to continue reducing emissions and therefore result in greater pressure to implement fuel standards and transition to electric vehicles which is helpful to platinum group metals as well as lithium and a host of other minerals.

“If exact replacements are costly or unavailable domestically, the use of substitutes may occur, such as the use of domestically produced glass in drinks packaging instead of imported aluminium,” the bank said. “This would benefit commodity importers at the expense of commodity exporters,” it reasoned.

Thus, the COVID-19 pandemic introduces a complexity of positive and negative economic effects for the commodity markets. Whilst localisation would favour the manufacturing business in South Africa, similar trends elsewhere in the world lowering the demand for exports would deal a major blow to the mining sector and the South African economy at large.