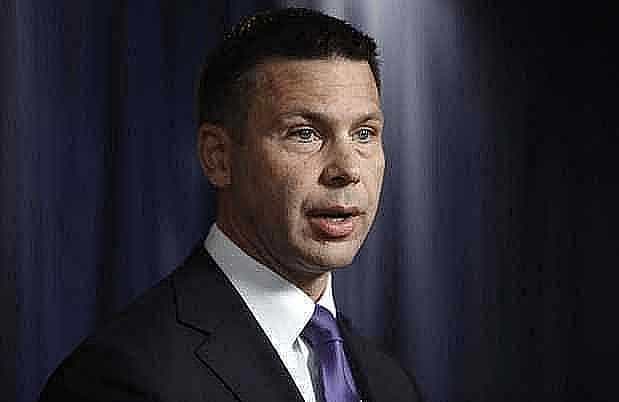 Politico managed to find several draft copies of an annual threat assessment prepared by the Department of Homeland Security, all of which used “similar” language to describe white supremacists as “the deadliest domestic terror threat facing the US”. Unsurprisingly, the reporters later explained that all three drafts stemmed from an order given by former acting secretary Kevin McAleenan during the brief period before he was ousted in favor of Chad Wolf, nominated by Trump to drop the “acting” from his title of “Acting Homeland Security Secretary”.

For those who don’t remember McAleenan, he was pushed out like his predecessor, Secretary Kirstjen Nielson, after he was caught leaking details of upcoming ‘ICE Raids’ to the Washington Post, as we reported during June 2019. The Washington Examiner, which initially outed McAleenan as the leaker, reportedly did so “deliberately” in an attempt to stymie the raids, a central tenant of his boss’s immigration policy.

Like many other former Trump Administration officials (most notably, former chief of staff John Kelly and secretary of defense Gen. James Mattis), McAleenan has apparently found a way to keep attacking and undermining the administration. Releasing damaging documents and other stories from theit time in the administration has become one popular method of doing – as James Comey calls it – “one’s civic duty” to “protect democracy” from the first Republican president to win the electoral college, but not the popular vote, since – checks notes – George W Bush.

McAleenan didn’t act alone. He apparently had help from notorious James Comey crony and “LawFare” blogger Ben Wittes, a notable voice in the anti-Trump movement. Politico identified him as the source of the leaked memos. We feel it’s safe to assume Wittes obtained the memos from McAleenan.

Notably, none of the documents reviewed by Politico referenced any threat posed by Antifa, which President Trump back in May labeled a “Domestic Terrorist Organization”. However, two of the drafts, which – keep in mind, were probably written some time early last year – did refer to the possibility of extremist groups hijacking peaceful protests by exploiting “social grievances”.

We must concede, McAlennan was pretty much spot on with that last one.