A contractor for Dominion Voting Systems who was present during the Nov. 3 election at Detroit’s TCF Center testified at a Senate Committee hearing on Tuesday, telling the panel that she saw fraud throughout the day, as well as on Nov. 4, according to the Epoch Times. 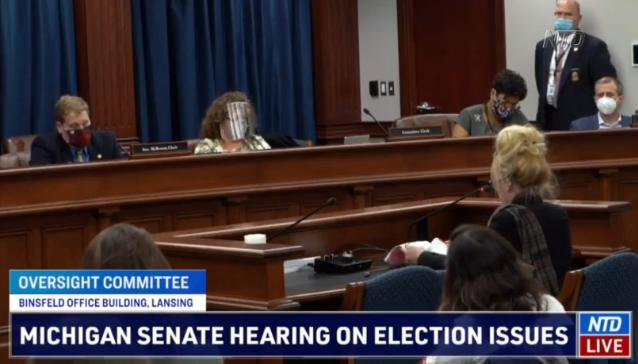 “What I witnessed at the TCF Center was complete fraud. The whole 27 hours I was there, there were batches of ballots being ran through the tabulating machines numerous times, being counted 8 to 10 times. I watched this with my own eyes; I was there to assist with IT,” said Melissa Carone, who added that there were ‘completely untrained’ people working night shift – including a friend she’s known for two decades. 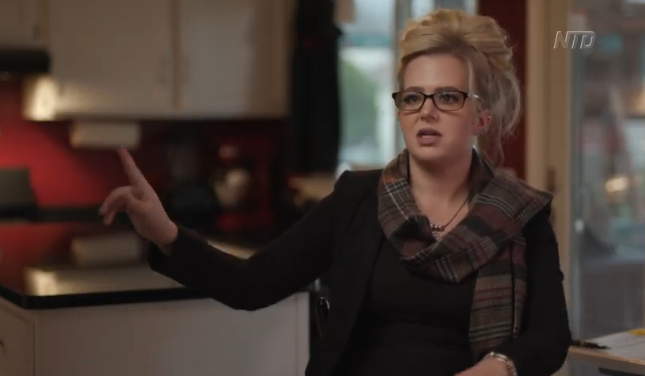 “They were allowed to do whatever they wanted to do. I, Nick, and Samuel, that worked for Dominion, they were on the stage. They had a contract employee, me, and another one that was from Texas—I have his name right here, Miles Smiley, 90-year-old man, there to assist with IT work. And he did not have any kind of background in IT and lived in Tennessee. So this man was just walking around aimlessly. I was really the only one running around like crazy helping these people,” she said.

The boxes, she said, were moved across the room and used to block GOP observers. In addition, Carone said that one Dominion employee disappeared to a “warehouse” for several hours before there was a large ‘data dump for Biden.

More via Miguel Moreno at the Epoch Times

Carone says the proper way to scan ballots when there’s a paper jam is to reset the count, in other words, discard the count, on the machine and rescan all of them with the jammed paper on top.

But, apparently, that didn’t happen and counters rescanned ballots without resetting the count.

In an interview with The Epoch Times, Carone says that Dominion hasn’t contacted her since she submitted her affidavit.