President of the European Central Bank Christine Lagarde has called for global regulations on Bitcoin, labeling the cryptocurrency “reprehensible.” 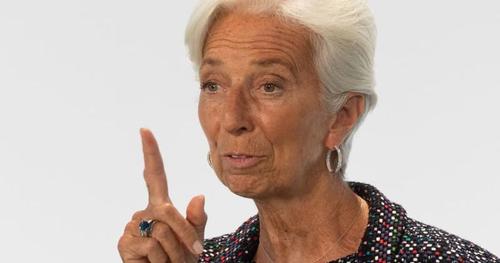 Lagarde made the comments during a Reuters Next conference earlier today, during which she asserted that Bitcoin was not a currency.

“When you look at the most recent developments upward, and now the recent downward trend … for those who have assumed that it might turn into a currency, terribly sorry but this is an asset and it is a highly speculative asset,” she said.

The former head of the IMF, who was previously found guilty of financial negligence by a French court over a €403 million arbitration deal in favor of businessman Bernard Tapie, went on to accuse Bitcoin of being heavily embroiled in criminal activity.

The ECB head went on to call for Bitcoin to be regulated by financial authorities.

“There has to be regulation. This has to be applied and agreed upon […] at a global level because if there is an escape that escape will be used,” she said.

Globalists and technocrats have long begrudged Bitcoin because it is decentralized and therefore impossible to come under the control of centralized financial institutions. The cryptocurrency has also provided a refuge for dissidents who have been deplatformed by regular financial services and institutions over their politics.

Bitcoin recently soared to a record high above $41,000 dollars but has since fallen back to around $35,000 dollars.

After the cryptocurrency previously hit a record high of above $17,000 dollars at the end of 2017 it then sank bank to around $3,000, emphasizing the wild volatility of the asset.

However, numerous analysts are predicting that growing debt, record money printing and hyperinflation could see Bitcoin soar into the hundreds of thousands over the next year.

New limited edition merch now available! Click here. In the age of mass Silicon Valley censorship It is crucial that we stay in touch. I need you to sign up for my free newsletter here. Support my sponsor – Turbo Force – a supercharged boost of clean energy without the comedown. Also, I urgently need your financial support here.