Authored by Daisy Luther via The Organic Prepper blog,

There’s little I find more annoying than a bunch of rich people lecturing the peons about how something we’re doing is “bad” but then they turn around and do the exact same thing times ten because it’s different when they do it. 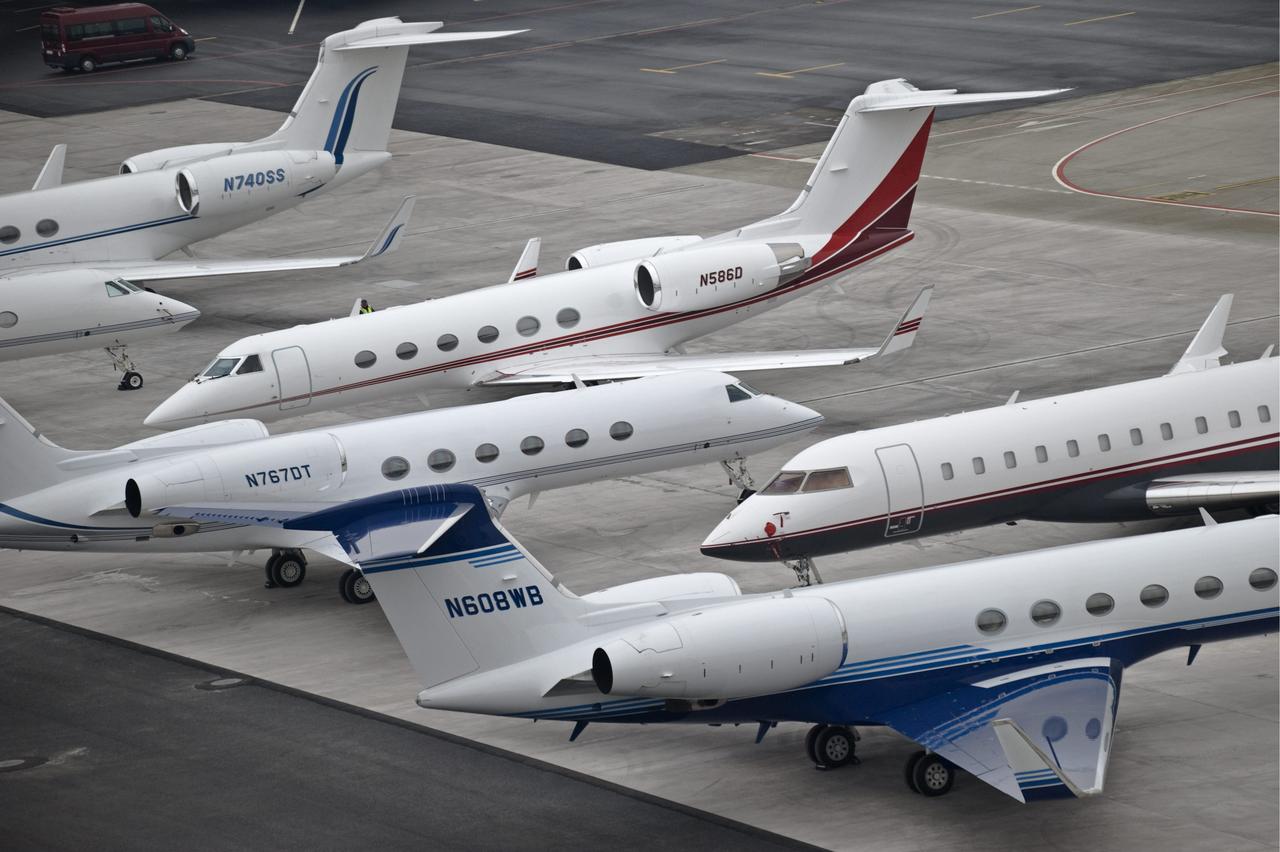 I like the environment as much as anyone else. I take my reusable bags to the store. I re-use just about everything until it can’t be used any more (a practice I began when I was flat broke and couldn’t afford to add a box of ziplock bags to my grocery cart for school lunches every week.) We try to reduce the amount of trash we create. My family makes all sorts of choices that are good for the environment because we want to be good stewards of the earth.

But it’s pretty annoying to see a bunch of rich people take 114 private jets to an Italian island so they can talk about how crappy the rest of us are to the planet.

And then to hear them say that their private jet flight is “carbon neutral” because they made a financial donation is positively idiotic.

Apparently only people who can afford to make a donation are allowed to be environmentally frivolous and I can pay by credit card or debit to make my sins against the earth disappear.

Here are two ridiculous examples of the financial “elite” wishing to tell the rest of us what to do while they do the diametric opposite but it’s okay because they paid extra.

Google founders Sergey Brin and Larry Page throw a shindig every summer so that rich people can come and decide how to save the world from the rest of us.  Nicknamed “Google Camp,” it’s a star-studded, rich-person get-together.

This year, the “activists” arrived in Sicily via private jets, mega-yachts, and helicopters.

Scores of A-list celebrities arrived in Sicily, Italy this week for the annual “Google Camp” to discuss the threat of climate change while communing with some of the wealthiest tech entrepreneurs in the world to a posh, seaside resort.

The event is hosted by Google co-founders Sergey Brin and Larry Page, who reportedly intend for the camp to be a “meeting of the minds” between technology giants, powerful business owners, and others who are known to be global thought leaders…

…More than 114 private jets were reported to have been expected at nearby Palermo airport, where camp guests would be transported to the resort by van. Mega yachts docked at a nearby beach were reported to belong to designer Diane Von Furstenberg, German pharmaceutical giant Udo J. Vetter, Google’s Eric Schmidt, New Zealand tycoon Graeme Hart, and American billionaire David Geffen…

…Some estimates suggest that up to 100,000 kilograms of CO2 could be expelled into the air during the journeys of that many private jets. Mega yachts, like Graeme Hart’s $275 million “Ulysses,” can use up to 2,000 liters of fuel per hour when in motion. (source)

Thankfully, after attending Google Camp, “thought leaders” like movie stars, Prince Harry and Meghan Markle, and pop singers should be able to explain to the rest of us how to live carbon neutral lives.

What should you do if you are carboning up the environment?

If you are flying around on private jets and dining on steak and using plastic bags, never fear. You don’t need to change your habits. You can buy your way out of this and the environment will be just fine.  I found this site where individuals can “offset” their carbon footprints by giving the organization money.

You can pay a fee for your own carbon use, choose what vehicle you have and offset that, choose how many flights you’ll be taking, how many gifts you will be giving, how many parties you’ll have, and how big your house is. And don’t worry – if you have a surprise flight you can just bop on over to the site and give them some more money.

I quickly calculated how much it would cost to make my family of 2 people carbon-neutral and it was “just” $955.72 a year. If I want a discount, I can pay $16,320 for each of us for our lifetime personal carbon output, however, I’d still need to donate to cover my sins of travel, gift-giving, driving, and living in a house. You can even “offset” your wedding right here.

Here’s how it works:

Carbonfund.org is leading the fight against global warming, making it easy and affordable for any individual, business or organization to reduce & offset their climate impact and hasten the transition to a clean energy future. Carbonfund.org achieves its goals through:

We encourage everyone to continually strive to reduce their carbon footprint through sensible energy reductions combined with cost-effective carbon offsets to eliminate their overall carbon footprint.

And don’t worry. Your environmentally friendly donations are all tax-deductible. And as you can see, if you just pay some extra money after doing something environmentally unfriendly, it’ll be just fine. I figure all the people at Google Camp gave an organization like this some money to cover the use of their jets and yachts.

Unpopular opinion: If you firmly believe you’re doing stuff that is damaging to the environment, donating money doesn’t fix the harm you’ve done. How about, if you feel so strong, you just stop harming the environment?

Then there’s the new meat tax Germany wants to try.

Germany, most recently, has an idea to help convince people to eat less meat. They want to add on a hefty tax so that basically, poor people can’t afford it. Then, much like Google Camp, the wealthy can indulge however they want and it’ll be okay because they can pay the meat tax and it won’t count against the environment.

The German debate coincided with a UN report from a panel of scientists calling for a determined switch away from livestock farming. They argue that the West’s high consumption of meat and dairy produce is fuelling global warming.

Besides the harm caused by methane emissions from livestock, there is the widespread destruction of forests to make way for pasture, a process that releases CO2 stored in soil and reduces the absorption of CO2 by trees.

The UN Food and Agriculture Organization (FAO) says the livestock sector produces 14.5% of greenhouse gas emissions, or 7.1 gigatonnes of CO2 equivalent – more than all the direct emissions from cars, aviation, ships and other transport. (source)

SPD agriculture spokesman Rainer Spiering said “there are discount stores in Germany selling 500 grams of mince for €2.50 (£2.30), and if the VAT rate goes up by 12 percentage points they will charge €2.80 – I think that is acceptable”. (source)

But there are problems with this “solution.”

With the added tax, meat just costs more but there’s no real way to separate that extra meat tax from the general VAT (which stands for value-added tax ROFL). So that money just goes into the government coffers to the detriment of poor people. Which is really no surprise – as I’ve written before, when you are poor in the modern world, you get fined and fee-ed into a financial hole from which it’s nearly impossible to extricate yourself. Why not add some new taxes on top of that. Don’t be selfish. It’s for the EARTH.

Igor Ogorodnev’s beautifully scathing essay on RT points out some flaws in this logic.

Being a wealthy lawmaker you will eat as much or as little meat as before, as food makes a small proportion of your monthly budget. Your constituents – that is a different matter. Perhaps some will get the message, and eat more vegetables instead. Or perhaps, instead of buying organic, cruelty-free, carbon-neutral meat, they will now buy more factory-farmed meat. Or perhaps they will spend the money on a decent steak but will not be able to afford to repair their car, or take that holiday to the Balearics. Though I guess that could be a result in itself – after all, as a rule, the poorer someone is in the West, the less CO2 they emit. Some might be so deprived, however, that they will eat no meat at all. Their remaining money will now go to other, cheaper high-calorie processed foods, like cakes or oven-fried chips. While your farmers will simply find it more profitable to export the food abroad, over longer distances, increasing their emissions. Is this what you wanted?

…What’s the right ethical trade-off between seven-course feasts of imported ostrich and elk and government-mandated buckwheat three times a day?

…You will say that at least it is better to be doing something.

And indeed you are right – it is the “something” that matters, not the specific results. After all if there is one thing that Greta Thunberg and Nigel Lawson can agree on is that creating a meat tax in Germany, Sweden and Denmark, the three countries that have shown the greatest appetite for this policy, will make almost no difference to global emissions. For example, even if every resident of the United States, the country with the highest consumption of meat per capita, stopped eating meat tomorrow, that would only slice 2.6 percent off its emissions. Meanwhile, a Chinese person now eats five times as much meat as they did in the 1980s, and still only half as much as Americans – so he wants more. And the world population will likely double by the end of the century. Germans eating two fewer sausages a week is not going to cut it, and everyone knows it. (source)

Environmentally hypocrisy will end up costing us a lot of money.

The problem is, for some bizarre reason, people listen to the idealistic verbiage of the rich and famous. We’re not talking about high IQ environmental scientists. We’re talking about people like Leonardo DiCaprio, Harry Styles, Prince Harry and Meghan Markle, Mark Zuckerberg, and Diane Von Furstenberg (source) attending an event that cost Google an estimated 20 million bucks.

As for the brainstorming sessions, you need not worry that they’ll be too arduous on the guests. Morning discussions are reportedly followed by afternoons and evenings of relaxation, food, and drink. (source)

It’s pretty “Marie Antoinette” to jet off to a sunbaked European holiday and talk about what the rest of us little people should be doing to save the earth.

Think about the clothes they’ll only wear once, the hats and the shoes.

Think about the multiple trips per year they take on private transportation.

Think about the mansions with 6 or more bedrooms they have to heat and cool.

Think about the lavish parties and events they host and attend.

The list of frivolities could go on and on, and actually if they can afford to be frivolous, more power to ’em. It’s not my job to police their finances and activities.

If only they felt the same way about policing ours.