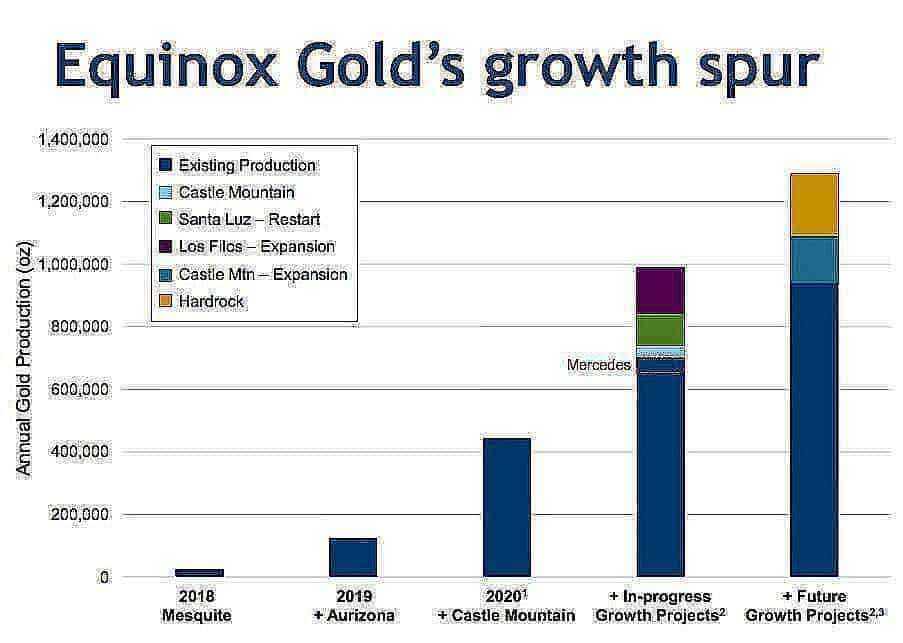 Centerra Gold (TSX: CG) agreed on Tuesday to sell its 50% shareholding in the Hardrock project to Orion Mine Finance for $225-million plus contingencies of about $75-million.

Premier’s South-Arturo and McCoy-Cove properties will be held by i-80 Gold, which will also complete Premier’s previously announced acquisition of the Getchell project, all in Nevada.

Equinox said that it would undertake a C$75 million equity financing fully underwritten by its chairman, Ross Beaty, to help fund the deal.

Premier investors will own 16% of Equinox Gold once the deal is complete, as well as 70% of the shares of i-80 Gold. The spin-off company will be led by Premier’s current boss, Ewan Downie.

“This transaction is exactly the kind of accretive Americas-focused growth we promised shareholders when we started Equinox Gold at the beginning of 2018,” Beaty said in the statement.

The friendly acquisition is subject to court approval and Premier shareholders’ approval at a meeting scheduled for February.

The deal boosts Equinox Gold in the gold market, building on the company’s acquisition of Leagold Mining Corporation. The parties completed their merger earlier this year, creating one of the world’s top gold producing companies operating entirely in the Americas.

The Vancouver-based company moved from developer to producer status in July, when it kicked off commercial production at its second gold mine, Aurizona, in northeastern Brazil.

Equinox is also advancing construction at the previously-mined Castle Mountain, located about 320km north of its Mesquite operation, which reached commercial production in November.

Gold producers have benefitted from historic-highs metal prices as unprecedented stimulus measures around the world were unleashed on financial markets.