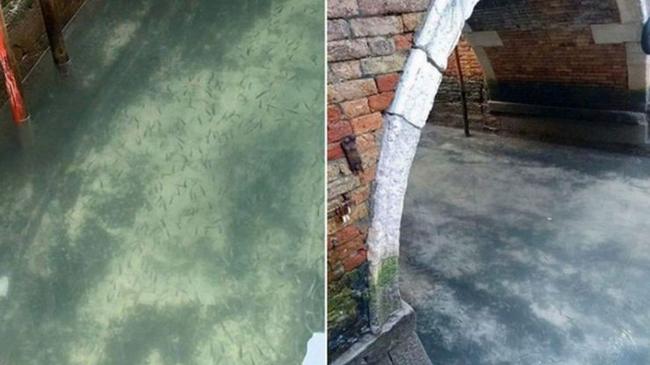 Authored by Elias Marat via TheMindUnleashed.com,

The continued outbreak of the coronavirus has been an enormously disruptive and tragic event, with massive humanitarian and economic repercussions for the entire world. 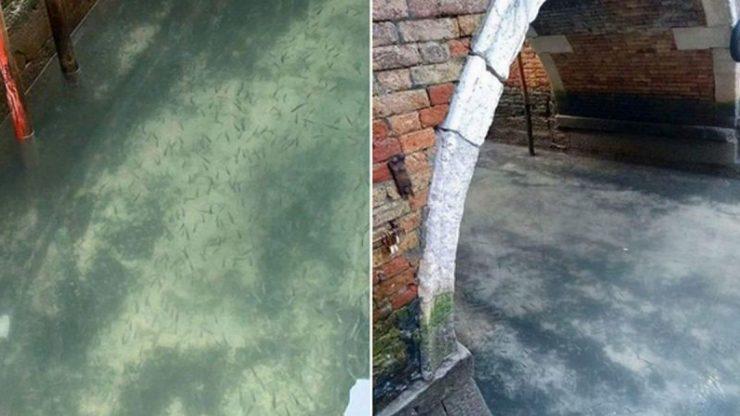 However, there have also been some surprising and not entirely unwelcome side effects.

Case in point: the canals of Venice, Italy, which are normally teeming with tourists all year round, with many flocking to the famous gondola boats that traverse the city’s iconic canals.

The Venetian canals are famously unclean. Filled with brackish water – a mixture of saltwater and fresh water – as well as a decidedly funky mixture of pollution, including human waste and boat chemicals, the canals typically appear clean only after the local government clears it of litter and other debris.

However, as Italy continues to be under a nationwide lockdown affecting some 60 million residents, locals in Venice are beginning to notice that the canals have become far much clearer – so much so that people are being treated to the rare sight of little fish swimming through the now-transparent waters of the city’s 150 canals.

People have begun uploading images of the city’s canals to a Twitter account called Venezia Pulita (Clean Venice), expressing their sense of awe at the sudden return of wildlife to a city that has long struggled with pollution. Similar images have also been uploaded to Twitter.

Various commenters were awestruck by the images.

Another commented that they wished the water had always been so crystal-clear:

“Marvelous [that] there are even fish that we have the opportunity to see.”

While one commenter suggested that perhaps the pandemic has some scant silver lining:

“What a marvel this Venice was; this virus brought something….beautiful.”

However, looks can be deceiving. The Venice mayor’s office informed CNN that the water still remains just as dirty as ever.

A spokesman told the network:

“The water now looks clearer because there is less traffic on the canals, allowing the sediment to stay at the bottom.

“It’s because there is less boat traffic that usually brings sediment to the top of the water’s surface.”

However, it remains inarguable that the air quality in Italy has improved – as was graphically depicted in an animation compiled from satellite data and released by the European Space Agency (ESA).

In a press release, the ESA noted that the reduction has been particularly striking in northern Italy, which “coincides with its nationwide lockdown to prevent the spread of the coronavirus.”

New data from @CopernicusEU #Sentinel5P reveal decline of air pollution, specifically NO2 emissions, over Italy. This reduction is particularly visible in northern Italy which coincides with its nationwide lockdown to prevent spread of the #coronavirus 👉https://t.co/4BQX4vD6P3 pic.twitter.com/7SDN8XB2vH

Indeed, while it remains unimaginable during the present crisis to imagine that there may be some positive effects from the novel virus outbreak, it’s also clear that our effect on nature – or lack thereof – has been thrust into full view, showing that we could actually improve the environment if we had the will to do so.