In one of the perhaps most enlightening discussions on cryptocurrencies to date by two current and former Fed officials, opinions given by these central bankers provide an interesting insight into how they both see crypto use right now in the private sector, and its potential in the future as a sovereign replacement for the dollar. 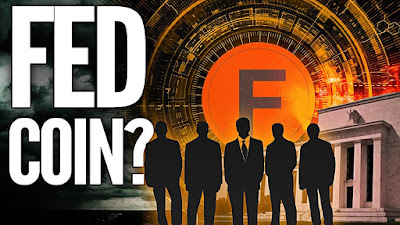 Kevin Warsh, governor at the Fed between 2006-2011, suggested that
cryptocurrency and blockchain technology are arguably the future of money, and noted that the world’s biggests financial institutions are headed toward a level of participation that will alter the playing field. – Sputnik News

But even as the Fed studies and researches using the Blockchain and cryptocurrencies for both interbank and perhaps even domestic use in the financial system, there is one interesting opinion Warsh provides that signals that the central bank is not currently worried that decentralized cryptocurrencies pose a threat to their monopoly on money.

“Congress gave the Fed a monopoly over money,” Warsh noted, according to Nytimes.com.

“If the next generation of cryptocurrencies look more like money and less like gold — and have less volatility associated with them so they would be not just a speculative asset but could be a reliable unit of account — as a purely defensive matter I wouldn’t want somebody to take that monopoly from me,” he warned.