Authored by Ted Rall via Unz.com,

In 1991, demographers Neil Howe and William Strauss published their awkwardly titled tome “13th Gen,” about Generation X — the Americans born between 1961 and 1981. If Xers had paid attention, they would have committed suicide. 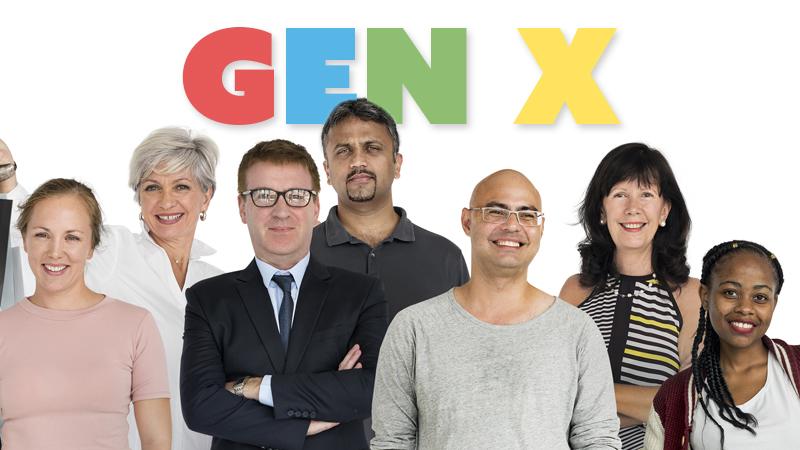 “Child poverty, employment, wages, home ownership, arrest records — in every category, this generation, the 13th since the American Revolution, is doing worse than the generation that came before,” New York Times book critic Andrew Leonard wrote at the time.

“Indeed, for the first time since the Civil War, the authors of ’13th Gen’ keep reminding us, young people are unlikely to surpass the affluence of their parents.”

Tellingly, the Times titled Leonard’s review “The Boomers’ Babies,” as though their relationship to The Only Generation That Mattered at the time was their status as offspring. Which, equally tellingly, was incorrect. Most Xers’ parents belong to the silent generation, which came of age in the 1940s and 1950s, not the boom.

As Gen Xers passed through each stage of life, Messrs. Howe and Strauss predicted, they would find themselves living through the worst possible time to be whatever age they happened to be. They attended secondary schools turned threadbare by budget cuts. As they entered young adulthood, the government restored draft registration and abolished financial aid grants for college. When “13th Gen” came out, the oldest Xers were in their late 20s, in the middle of a deep recession that decimated their job prospects and made it impossible for them to pay off their student loans or save for retirement.

Though frequently mocked by corporate journalists, Howe and Strauss have proven prescient, not least because they coined the word “millennials.” If anything, demographic fate has become even unkinder to Gen X, now ages 36 to 56. Under “normal” circumstances, these Americans would be dominating businesses and cultural institutions.

Instead, political power and cultural influence have neatly leapfrogged from the ubiquitous baby boomers to their actual children, the millennials.

Silicon Valley is one barometer. Tech is the nation’s most dynamic sector. The Valley wields influence disproportionate to its quarter of a million employees. Tech is militantly, brutally, cartoon-villainously ageist. People over 35 — the “olds,” millennials call us — need not apply.

Five years ago, I wrote: “The median American worker is age 42. The median age at Facebook, Google, AOL and Zynga, on the other hand, is 30 or younger. Twitter, which recently got hosed in an age discrimination lawsuit, has a median age of 28.” Silicon Valley hasn’t done anything to reverse this dismal record.

Google just settled another age discrimination lawsuit. But they haven’t learned anything.

Brazen ageism sticks out even more in a P.C. culture where discrimination against women, ethnic minorities, LGBTQIA people and others prompts horror, as it should. Young people who don’t tolerate ethnic slurs call older folks slow, out-of-touch and stupid — remarks all the more baseless because they increasingly segregate themselves into dormlike apartment complexes and hipster bars where they don’t encounter anyone older than 40.

Meanwhile, coverage of generational issues in mainstream media has deteriorated beyond the Howe-Strauss model of consistent discrimination to downright Orwellian: being “disappeared.” In articles and broadcasts, conflicts between age groups list the combatants as boomers versus millennials or, more broadly, boomers and millennials and the generation after, Generation Z. Gen Xers aren’t mentioned. They — we — no longer exist. Which, considering Gen Z’s name — first came X, millennials were Y, and then came Z — is really weird.

True to “13th Gen” the book, America’s invisible generation is heading into its final chapter, old age, at yet another awful time to be that age.

The boomers will shuffle off into the sunset, Social Security and Medicare benefits intact. Gen Xers stare into the abyss, bleakly contemplating starvation and dying of diseases for which they can’t afford medical treatment as the political system moves closer to granting corporate conservatives one of the dearest items on their agenda: abolishing or privatizing — which, if you’re poor, is jargon for eliminating — Social Security.

“Out With the Old, In With the Young,” an opinion essay by 40-year-old Gen Astra Taylor in The New York Times, provides a glimpse at how the ruling classes plan to take away government entitlement programs from Generation X: by disempowering them politically.

Taylor makes some good points. “From age limits on voting and eligibility for office, to the way House districts are drawn, to the problem of money in politics, our modern political system is stacked against the young,” she writes. Unlike adults, teenagers are forced to learn about the politics and history in school. They should be allowed to vote. Why should someone be able to drive, vote and join the military at age 18 but have to be 30 or older to serve in the Senate?

But Taylor’s piece is riddled with ageist assumptions, such as the notion that younger people care more about climate change than older people do. She promulgates the disappearing of Generation X: “The boomers who came of age in the 1950s and ’60s benefited from boom times while millennials and Generation Z have been dogged by the aftermath of the mortgage meltdown, an underwhelming recovery and Gilded Age levels of inequality.” “Generation X” does not appear in her piece. Yet we’re the post-boomers who got screwed first.

“Age-based inequities “and “the geographic biases of the American electoral system,” Taylor complains, hasten “the coming gerontocracy.” What she fails to see is that the gerontocracy is already here. The “olds” control power over big business and its pet politicians now — not because they’re elderly but because they’re boomers.

The fortunes of an age group ebb and flow as different generations pass through it. When I was a kid in the 1970s, many older people were so poor they ate pet food. Now they are boomers. Boomers are many, so they have power, thus they are rich. As throughout human history, the rich and powerful make things work for themselves.

The corollary is, Taylor doesn’t understand that as boomers die and Xers replace them in nursing homes — or not, since they won’t be able to afford them — the elderly will become a dispossessed, disadvantaged, consistently screwed-over age group, just as Xers were as kids, as young adults and during middle age. Taylor and her millennial allies will be killing a gerontocracy that will already be dead.

As millennials ascend and age into their 40s, they’ll join the call to get rid of Social Security, Medicare and Medicaid so they can save on their taxes. Propaganda like Taylor’s will support the movement to disenfranchise the elderly.

Used to be that the olds voted in vast numbers to protect their political interests. Xers will be wandering the streets, dumpster diving and dying a dog’s death, with no address to enter on a voter registration card.