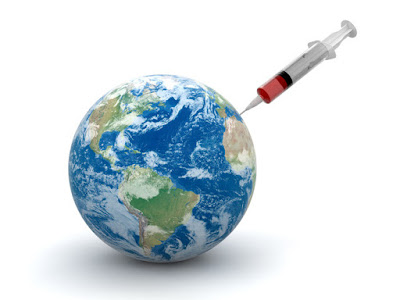 Overview: Moderna’s announcement did not spur nearly the magnitude of the disruption caused by Pfizer’s similar announcement a week ago.  Still, in the US, the NASDAQ underperformed the other indices, and the US Dow Industrials saw record highs. US yields were firm, and the 10-yield rose almost a basis point compared with a more than 10 bp on Pfizer’s news.  The dollar-bloc currencies and Scandis lead the broad move against the dollar, while sterling, the yen, Swiss franc, and euro were little changed.   The MSCI Asia Pacific benchmark rose for the 12th consecutive session today, though Chinese and South Korean markets were lower.   Europe’s Dow Jones Stoxx 600 is consolidating yesterday’s nearly 1.2% advance.  US shares are mixed today, with the NASDAQ futures trading a little higher and the S&P 500 a bit lower.  The US 10-year yield is a touch softer, just below 0.90%, and European yields are a little lower as well.  The greenback is softer against most of the majors, led by the Japanese yen and sterling.  Among emerging market currencies, the liquid accessible currencies are mostly lower, led by the Turkish lira.  Among the stronger emerging market currencies, the Chinese yuan’s 0.5% gain is the largest.  Gold is quiet near $1890, and silver is threatening to snap a five-day advance.  Oil is little changed, leaving the December WTI contract consolidating above $41 a barrel in a narrow range.

Even though there is little doubt that Biden will be the next US president, Trump’s unorthodoxy lies not only in refusing to accept the election results as legitimate but continuing to take substantive policy action.  Last week, the US announced sanctions on 31 Chinese companies with ties to the military.  More sanctions are expected in the coming days, focusing on forced labor, which is both a human rights issue and an issue of economic competition.  These prohibitions on investments may be a more potent blow than the tariffs. While China is deeply embedded into the flow of goods, its integration in the global capital markets is an earlier and arguably more vulnerable phase.  Savings flowing into passive or tracking emerging markets or global equities will likely have a stake in a company that has been or will be sanctioned, such as China Mobile or China Telecom. Biden is being delivered a fait accompli. Even if he wanted to, he could not simply unwind them without sounding worrisome signals to allies and adversaries.   The prohibition against new ownership will take effect less than two weeks before the end of Trump’s term.  Existing owners will have until next November to liquidate.  Will the benchmarks adjust for this? Investors?

The Reserve Bank of Australia cuts its ky rate (overnight cash rate and its three-year yield target) to 10 bp and announced a A$100 bln bond-buying effort.  The minutes released today showed officials had considered targeting the five-year yield but decided against it but nevertheless reveals a potential next step.  Separately, Kent, the assistant governor for financial markets, linked the Australian dollar’s recent strength to the new on a vaccine and expressed little concern about the exchange rate, which, he opined, was close to fair value.  Lastly, we note that six years of negotiations finally produced a reciprocal security arrangement between Australia and Japan.  The timing is significant because the regional free-trade agreement over the weekend spurred talk of China’s rising dominance, where economics would trump security.

After spiking higher on November 9 in reaction to the Pfizer announcement, the dollar has gradually pared those gains.  The low today near JPY104.25 is the lowest since then and approaches the (61.8%) retracement objective (~JPY104.14).  The JPY104.00 area is still expected to provide some support, and there is an option just above there (JPY104.03) that holds a nearly $425 mln option that expires today. The greenback may be capped in the JPY104.50-JPY104.60 area.  The Nikkei is up 10 of the past 11 sessions, and the yen’s recovery may spur some near-term consolidation.  The Australian dollar is firm, and it may be the first session in two months that it holds above $0.7300, though it may be challenged in North America today.  It has run into resistance around last week’s high (~$0.7040). A break of $0.7300 could test support in the $0.7270-$0.7280 area.  The dollar’s slide against the Chinese yuan continued today, and a new two-year low has been recorded near CNY6.55.  The PBOC set the dollar’s reference rate at CNY6.5762, in line with expectations.  The yuan is also trading at two-year highs against its basket (CFETS)

The EU must have thought Hungary and Poland were bluffing.  The EU budget framework for 2021-2027, which includes the much-heralded EU Recovery Fund (and therein the so-called Hamiltonian Moment), requires unanimity to approve. Both Budapest and Warsaw threatened to withhold their approval if the others insisted on turning it into a cudgel rather than collective assistance.  The approval of the link between aid and respect for the rule of law was granted by a qualified majority, but the entire budget failed to win approval.  EU minister will discuss tomorrow and the EU leaders on Thursday.   Both Hungary and Poland are under formal investigations by the EC over the judiciary and media independence.

The UK’s Sun broke the story claiming that UK Prime Minister Johnson has been told to prepare for a trade agreement with the EU as early as next week.  The UK’s chief negotiator Frost previously seemed to recognize that as the UK is the applicant for a free-trade agreement, it was the one that would have to make the last-minute compromises.  However, the seeming optimism is coming from the UK, and it would be helpful if the EU negotiators like Barnier confirmed the news.    There has always been space on paper for an agreement that allows a hard exit (no deal) to be avoided.  The standstill on fisheries could probably be extended six-months or a year.  The UK struck a trade deal with Japan that largely extended the existing Japan-EU treaty to the UK.  The parties agreed that government aid to struggling businesses be limited and require restructuring.  The UK is now reluctant to recognize the same principle in negotiations with the EU.  The UK wants instead to simply require notification of subsidies rather than restrict them.  This is was based on earlier trade agreements such as the EU’s agreement with Canada.

The euro is firm near its best level (~$1.1880) since last Monday when it pushed to $1.1920.  The 2.1 bln-euro option at $1.1850 that expires today is less relevant, but there is another expiring option for 1.1 bln euros at $1.19 still holds sway.  New buying emerged in early European activity near $1.1865. The surge of Covid in Europe may be gradually coming under control as the social restrictions begin biting.  France’s seven-day average has fallen for more than a week, for example.  On the other hand, all 50 US states are experiencing rising seven-day averages. Ideas that the US lags Europe by a few weeks is a consideration for the euro bulls.  Sterling also is now at its best level since last Monday’s spike above $1.33.  It is testing the $1.3250-$1.3265 resistance area in the European morning.  Although the reports on progress in the UK-EU trade talks may have helped sterling, it is still primarily a dollar move.  The euro is only slightly heavier against sterling today and has not convincingly broken yesterday’s low (~GBP0.8955) and is well above the low for the second half of last week near GBP0.8900, where an option for around 925 mln euros is struck that expires today.

The US reports October retail sales and industrial output figures today.  They are the data highlights of the week.  Retail sales account for around 40% of consumption, and if the economy is slowing from the 33% annualized pace seen in Q3 to 3%-4% as economists are forecasting, consumption will slow sharply.  Investors will get a sense of this today.  After rising 1.9% in September, retail sales are expected to have risen by 0.5% last month.  The core measure, which excludes autos, gasoline, and building materials, which is used for GDP calculations, is also expected to have risen by 0.5% after a 1.4% gain in September.  Industrial output and manufacturing likely recovered from the pullback in September.  Industrial production is forecast to have risen by around 1.0% after falling 0.6% previously.  Manufacturing is expected to also have risen by 1.0%.  It fell by 0.3% in September.  This would suggest that US capacity utilization ticked up to around 72.3%.  It was closer to 77% a year ago.  Lastly, note that several Fed officials speak in the US afternoon, including Chair Powell.

The Senate vote on the confirmation of Shelton to the Federal Reserve took a dramatic turn yesterday.  Alexander from Tennessee became the third Republican Senator to oppose the nomination (joining Romney and Collins).  However, Alexander will not be in Washington for the vote.  Assuming that all the other Republican Senators (except for Florida’s Scott, who is in quarantine)show up and vote, it could be a tie allowing Vice President Pence to cast the deciding vote (47 Democrats and 2 Independents oppose).  If a delay can be orchestrated, the winner of the special election in Arizona, Kelly, a Democrat, will take his seat at the end of the month and could then be sufficient to block.  However, a procedural vote is scheduled for today.

Canada reports October housing starts and September wholesales trade and international securities transactions.  Existing home sales out yesterday were softer (-0.7%).  These are not typically market-moving data points.  Tomorrow’s CPI is seen as more important despite weakness in headline number (0.5% year-over-year in September, the underlying core measures remain steady (1.5%-1.9%).  Mexico reports October unemployment.  It has been drifting lower since reaching 5.5% in June.  In September it stood at 5.1%.  Last October, it was at 3.65%.

The US dollar is trading in a narrow range between CAD1.3065 and CAD1.3090 so far today as it consolidates near yesterday’s lows.  The CAD1.3050 area is the halfway point of last week’s recovery off the low for the year set on Monday near CAD1.2930 to last week’s high near CAD1.3175.  A break of the CAD1.3020 area may signal a return to last week’s lows.  The greenback is also trading inside yesterday’s range against the Mexican peso (~MXN20.2425-MXN20.3655.  Note that the dollar has risen against the peso in one week in each of the past three months, and since the end of July, the peso has risen by 9.4%, making it the second-strongest in the EM world behind the South African rand’s nearly 11% climb.