Half The World’s Banks Won’t Survive The Next Crisis, McKinsey Finds

More than half of the world’s banks are at risk of collapse in the next global downturn if they don’t start preparing for late-cycle shocks, McKinsey & Company warned in its latest global banking outlook.

The consultancy firm warned on Monday, in a 55-page report titled The last pit stop? Time for bold late-cycle moves, that 35% of banks globally are “subscale” and will have to merge or sell to larger firms if they want to survive the next crisis.

“A decade on from the global financial crisis, signs that the banking industry has entered the late phase of the economic cycle are clear: growth in volumes and top-line revenues is slowing, with loan growth of just 4% in 2018—the lowest in the past five years and a good 150 basis points (bps) below nominal GDP growth. Yield curves are also flattening. And, although valuations fluctuate, investor confidence in banks is weakening once again,” McKinsey said. 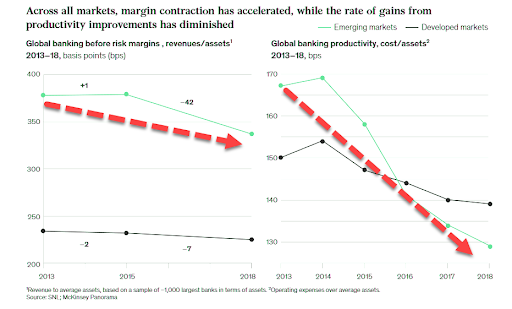 Kausik Rajgopal, a senior partner at McKinsey, told Bloomberg that “we believe we’re in the late economic cycle and banks need to make bold moves now because they are not in great shape,” adding that, “in the late cycle, nobody can afford to rest on their laurels.” 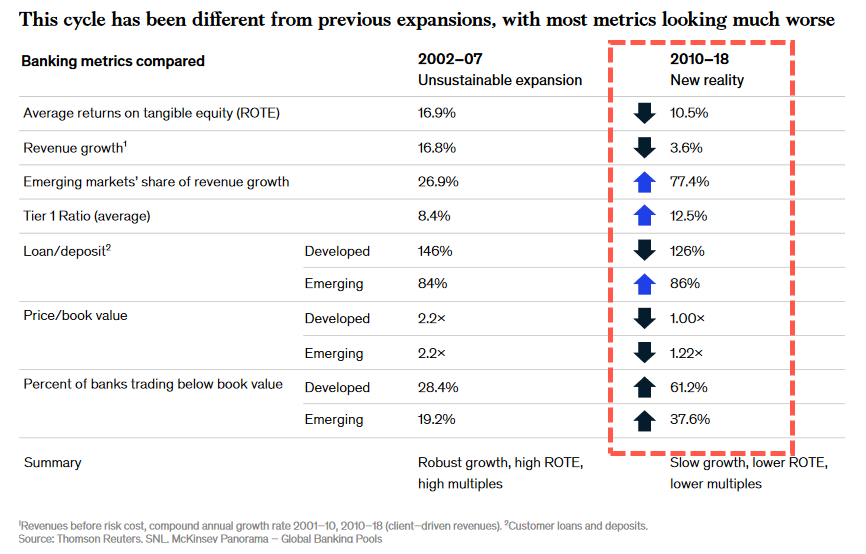 The report warned that 60% of global banks are experiencing “returns below the cost of equity.” And even warned that when the next recession strikes, “negative interest rates could wreak further havoc.” 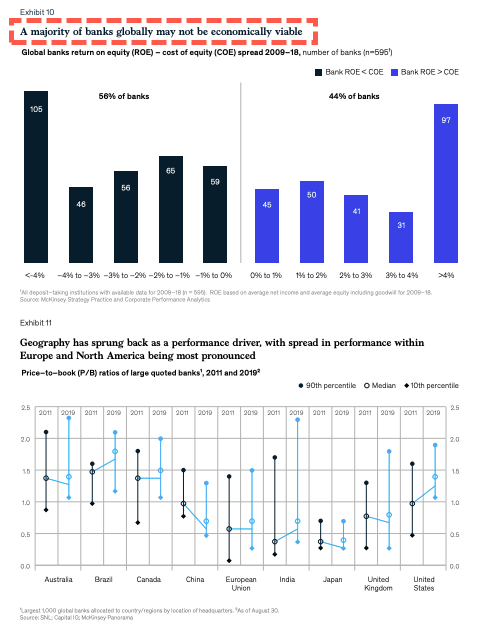 McKinsey said fin-tech startups are rapidly evolving the industry, and legacy banks risk “becoming footnotes to history” if they don’t immediately invest in technology. For instance, the report said, Amazon and Ping An are two technology firms that are quickly acquiring market share from the traditional banking sector.

Fin-tech firms allocate at least 70% of their budgets to technological advancements, while legacy banks only invest 35%.

Rajgopal also told Bloomberg that legacy banks “need to get much more comfortable with external partnerships and being able to leverage talent externally.”

Mergers and acquisitions will be the only way these at-risk legacy banks survive.

McKinsey called for global banks to make “bold late-cycle moves” to avoid collapse before the next recession strikes.