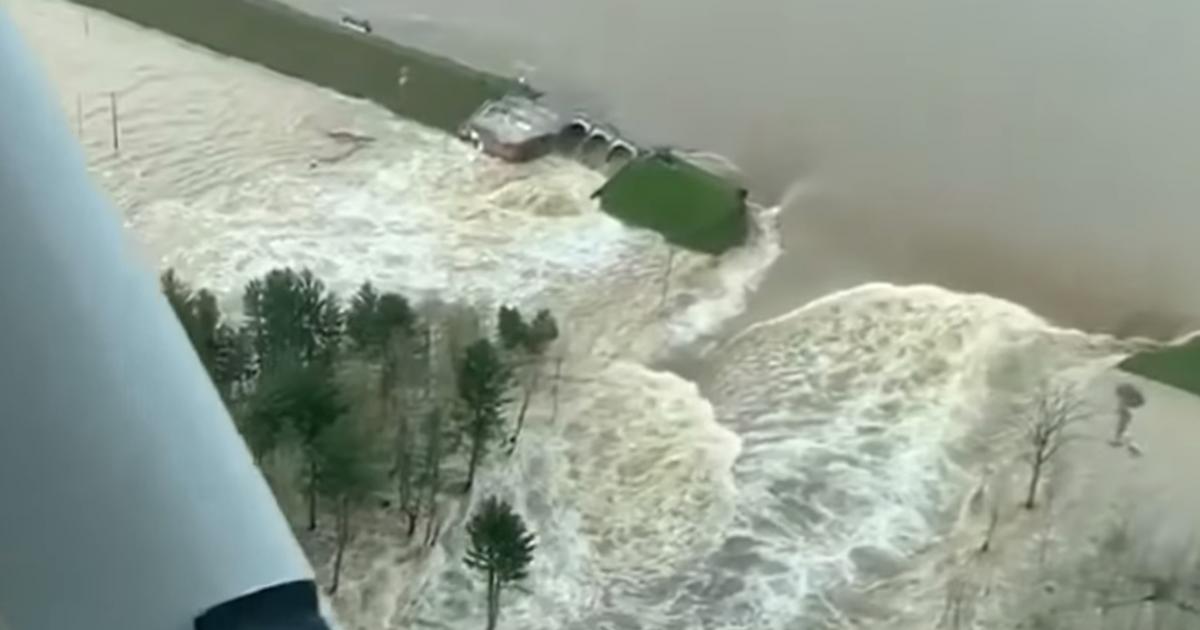 Three dams have failed in mid-Michigan after days of heavy rain, leading to the evacuation of 10,000 residents.

On Tuesday, the Edenville dam failed and the Sanford dam was overrun, according to the Midland Daily News. On Wednesday morning, a third dam — the Poseyville Dyke in Midland Township — broke, leading to further evacuations, the newspaper reported.

The flooding could put downtown Midland, a city of 42,000, under 9 feet of water, according to Michigan Gov. Gretchen Whitmer.

Dow Inc (NYSE: DOW)-owned Dow Chemical Co., which is based in Midland, has its main chemical plant on the banks of the Tittabawassee River.

The company has enacted its emergency flooding plan, which includes the safe shutdown of operating units and evacuation of all but essential staff, according to MLive.

Made it to the heart of Sanford. Upside-down cars, collapsed building and the water is still flooding down the main Street. @Local4News #michiganflood pic.twitter.com/v3LQs5A5yw

Whitmer declared a state of emergency Tuesday for Midland County and said the city of Midland could see a “historic high water level.”

“This is unlike anything we’ve seen in Midland County,” Whitmer said at a news conference. “To go through this in the midst of a global pandemic is almost unthinkable.”

Whitmer said the National Guard has been deployed in Midland.

The governor appealed to residents who are in shelters to try and wear a face covering and continue to practice social distancing to avoid coronavirus infection.

How Climate Change Will Drive A Fundamental Reshaping of Finance

Screenshot of pilot Ryan Kaleto’s footage of the Edenville Dam via the MLive YouTube.

© 2020 Benzinga.com. Benzinga does not provide investment advice. All rights reserved.