Many investors are concerned about high inflation coming over the next couple of years (& for good reason). Let’s go over the key methods to profit from inflation instead of lose…

💰 Get FREE STOCKS With WeBull: http://bit.ly/WeBullStock

Inflation has been a big concern for a lot of investors, particularly recently. You know it’s been something that we haven’t had to worry about for the past 40 or so years. We’ve managed to maintain it around that 2% mark and that is perfect. But there are a range of investors like Ray Dalio, Charlie Munger & Michael Burry who are warning that inflation may be on the horizon.

Munger cautioned “at the end if you print too much money, you end up with something like Venezuela”, a country torn apart from inflation.
Michael Burry said “#History is not useless,” “This text explores the 1970s American #inflation, which is more relevant today than one might think.”
Dalio said “Now that the economy is rebounding inflation pressures are rebounding.”

So you’ve got not just these investors, but well known investors from around the world warning of inflation. You’ve also got a bunch of statistics, that point towards inflation being a problem in perhaps the not so distant future. I’ll show you these soon.

But the most important thing that we’re going to discuss is how you can actually profit from inflation. Because I’ll tell you this, a lot of people are going to get wiped out from what is to come. You need to know how to prepare…

So let’s take a look at some of these warning signals that we’re seeing.
First this is something that not enough people are talking about is the consequences of all this printing of money. So we had the pandemic and we had a lot of people who needed money. The government did what they pretty much had to do, and they backed in the trucks and shipped off a bunch of free money to the people.

But this money it came from somewhere. And basically what happened was money grew on trees and the federal reserve printed it. Created it out of nothing. And all of our problems were magically solved. If only that were the case, and if only printing money had no consequences.

But anyone who understands sound economic principles will know that this isn’t the case. One of the major problems that comes with printing trillions of dollars, is inflation. Because if you start handing out free money to people, demand for goods increases. They have more money to spend. And when demand increases, what happens to prices, they rise.

As Charlie Munger says if you kept this going you’re going to end up like Venezuela, which suffered from hyperinflation. But this is just 1 of the ingredients that is causing worrying signals of inflation. The other is the ageing world population…

If you keep going throughout the developed economic countries they tell a similar story. All of these strong economies are declining when it comes to the amount of the working age population. China instead of growing it’s slightly declining, developed countries same story, eastern Europe same story. The only one that isn’t is Africa, which is one of the poorest continents.

Now this decline is important because if you have less able bodies working, less supply, it means the amount you can produce is less. And it means the price for labor goes up. Now businesses who hire this labor, they transfer this cost on to consumers, aka they increase the prices of goods and services, aka inflation…

DISCLAIMER: It’s important to note that I am not a financial adviser and you should do your own research when picking stocks to invest in. This video was made for educational and entertainment purposes only. Consult your financial adviser. * Some of the links on this webpage are affiliate links. This means at no additional cost to you, we earn a commission if you click through and make a purchase and/or subscribe. This has no impact on my opinions, facts or style of video. 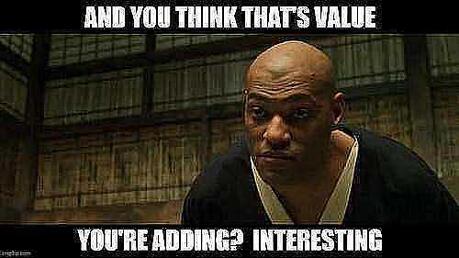