Justin’s note: Over the past few months, Doug Casey has been searching high and low for a bona fide crypto advisor worthy of Casey Research subscribers… and he just found him.

His name is Marco Wutzer, one of the true pioneers of cryptocurrency… and Casey Research’s newest guru. Marco has been involved with digital currencies since he invested in e-gold in the late ’90s—long before the current blockchain breakthrough.

And like Doug, he’s truly an “international man.” He made so much money from cryptos that he dropped everything and traveled the world for five years.

Even while traveling, Marco headed a group made up of some of the top crypto developers in the world, as well as major crypto investors—even an ex-Goldman Sachs trader building a platform for crypto trading.

In short, it’s no secret why Doug handpicked him to launch our newest letter, Disruptive Profits.

Cryptos are one of the biggest trends in the world today—and as I told you, here at Casey Research, we’re covering it from all angles. We’re excited to have Marco on our team. In his essay below, he gives his unique view on blockchain technology—and explains why it’s not too late to make a fortune in the years ahead…

When I first started working with blockchain technology in Argentina back in 2010, it was still a new frontier.

Even I, as a true believer in individual sovereignty and decentralization, was skeptical. The technology was unproven, and there was no supporting infrastructure at all. User and merchant adoption was close to zero.

Today, we have a solid global blockchain foundation and pioneers are joining the new system, which I call the “Blockchain Ecosystem.”

But despite the strides this ecosystem has made over the past decade, many people out there still aren’t convinced of the power of blockchain technology.

In fact, it is still quite common to hear famous investors calling cryptocurrencies a scam, fraud, Ponzi scheme, or bubble.

One reason many folks are skeptical of blockchain technology is that they have absolutely no idea of the magnitude of the change that is about to unfold.

On the financial side, one of the key benefits of blockchains is that the money supply of a cryptocurrency is strictly regulated.

The algorithm that defines the cryptocurrency determines how many new tokens can be mined with each block.

It also limits the maximum number of tokens that can ever be generated. Once that limit is reached, it’s no longer possible to mine additional tokens.

A lot of cryptocurrencies work similarly to precious metals. The supply increases by a small amount every year through mining.

If new tokens are mined at a rate of 3% per year for many decades into the future, eventually, the maximum token supply will be reached and no more tokens will be created.

However, when central banks “print money” and add trillions of additional currency units to the money supply, it means that more and more money is chasing the same amount of goods and services.

Prices go up, and your money is worth less.

But hyperinflation—like we are seeing in Venezuela now and have seen before in Zimbabwe, to name just two recent examples—is impossible with cryptocurrencies backed by blockchain technology.

There is no arbitrary increase in the money supply eroding your purchasing power. (And if you think this problem affects only Third World countries, even the mighty US dollar has lost well over 90% of its purchasing power since 1913.)

That’s why cryptocurrencies can give you peace of mind.

They allow you to save capital and plan for the future without the risk of your money suddenly being worth a lot less because more of it was created out of thin air.

For example, it is also making its way to communication.

There are now encrypted chat apps running on blockchains that guarantee your privacy. No longer do your private conversations need to run through the servers of a big corporation.

Social media is also moving to the blockchain. Established services such as Facebook and Twitter make a living off analyzing your behavior and preferences—and then sell your data to advertisers for big profits.

In the Blockchain Ecosystem, you retain control of your personal information. Your data and your files are split into pieces, encrypted, and distributed across the network. No outside company can access and sell your information.

Your data is now also safe from hackers.

In a centralized system, a hacker needs to hack just one server. That’s how hackers stole Social Security numbers, birthdays, addresses, and driver’s license numbers from 145 million Americans when they hacked Equifax in 2017.

And it was not an isolated case. Such high-profile hacks happen all the time.

Increasingly, the question won’t be which areas of our lives blockchain technology will affect, but which areas it won’t affect.

Of course, it is only natural to project current trends into the future in a linear fashion.

But just like with the steam engine, printing press, and internet, every once in a while, there are huge disruptions that shake things up and completely change the way we do things.

Blockchain technology is one of those disruptions.

The trend is catching on. The Blockchain Ecosystem is growing fast.

Billions of investment dollars are pouring into the development of blockchain technology, making cryptocurrencies faster, cheaper, easier to use, and more scalable.

That’s why blockchain is no longer only about money. Far from it.

And as this global blockchain network develops and grows, it will become more valuable, more useful, and more powerful.

A very rare paradigm shift is taking place—one that gives you the opportunity to make extraordinary profits.

This is the kind of opportunity where a few thousand dollars can turn into so much money that you won’t need to worry about money ever again.

Let me leave you with this…

Most people have heard of cryptocurrencies by now. But how many people actually own them?

Only 0.3% of the world’s population owns cryptocurrencies today.

This little statistic is an extremely valuable piece of information. Here’s why…

If you get positioned in the next generation of crypto projects right now, you’ll profit from the biggest growth wave to hit the crypto market.

When the other 99.7% buys in—in other words, when mass adoption begins—we’ll see gains of a magnitude that dwarf even last year’s impressive rally.

That’s why now is the time to get in.

P.S. For the first time ever, Casey Research is introducing a new, blockchain-focused service called Disruptive Profits. Doug Casey personally invited me to write this newsletter, and I’m thrilled to be a part of the Casey family.

Tonight, at 8 p.m. ET, I’m giving an important speech to a room full of VIPs. In this speech, I’ll explain why there are five layers in the blockchain universe. And I’ll show you why there’s one layer that I’m looking at right now for massive winners in the blockchain space… I’m talking potential 300-baggers.

And at the end of the service, we’re making a very special offer to all Casey Readers… a massive discount on my new service, Disruptive Profits. So I encourage you to stay tuned.

I hope you’ll join me tonight.

Today, readers weigh in on our recent “Conversations With Casey” where Doug shared his thoughts on the future of war…

Yes, you can fight terrorism and win. However, nobody wants to—or should I say, has the intestinal fortitude to do so.

Great thoughts as always from Doug! Regarding assassinating government officials connected to the military, international law says that it is fine during wartime. Former Presidents Ford, Carter, and Reagan signed U.S. executive orders progressively strengthening prohibitions against conducting or conspiring to conduct political assassinations. Cynics would call it professional courtesy; backers would point to the desire to control the CIA. The prohibition is relaxed for “terrorists,” which is how going after Saddam Hussein and his purported links to al-Qaeda on the first night of the 2003 campaign was explained. The stated objectives of the 1986 Libya strike were to “send a message” and reduce Libya’s ability to train and support terrorists. Keep asking why!

I agree with some of the sentiment you propose regarding what appears to be the current state of international warfare. However, historical warfare differs little from the school playground in the struggle for prominence in the workplace or international border-blurring insurrections that occur on a daily basis… The biggest, meanest, most explosive one wins! Now it may only be for the short term in some instances, but history, which you poignantly mentioned, is ignored—to which I wholeheartedly agree. But you are dismissing as much as you are condemning others for being ignorant. The simple fact has been, is now, and will always be that brutality, petulance, and disease brought upon by those forces have more power to disrupt and change the course of man than any technology, negotiations, and prayers ever will. When all else fails, the strongest will survive.

That does not mean that they will be better off than those that conquer, but they will survive and their brutal ways will survive. The only true way to win is through intelligence, and I am not referring to military, artificial intelligence, or covert spying operations. It is through moral intelligence (MI), which I know that myself and many of the people reading this possess. The challenge is how to wield our MI to not only win the battle, but sustain and thrive after the war!

As always, if you have any questions or suggestions for the Dispatch, send them to us right here. Modern Monetary Practice: The Alluring Tree In The Garden

Is debt "for the common good" even more

During the 1998 Berkshire Hathaway mee 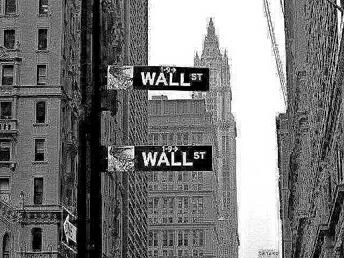 The Complete List Of Q3 2020 Hedge Fund Letters To Investors

The Complete List Of Q1 2020 Hedge Fund Letters To Investors

Did You Say Free? Every great investor s

Martin Armstrong on the Crisis unfolding in the Repo Market

“If there was a free market, then