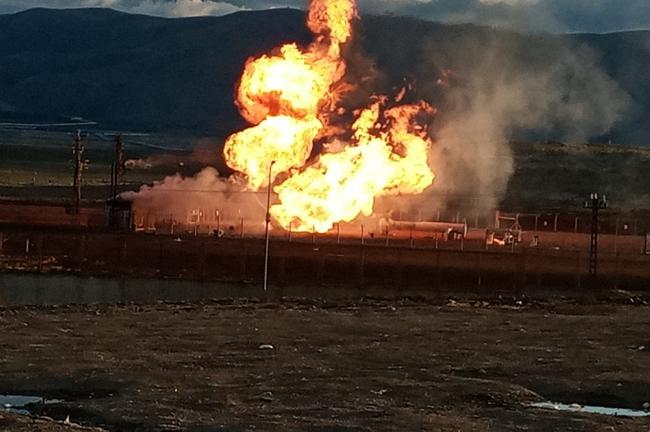 On Tuesday a key pipeline carrying gas between Turkey and Iran exploded at the Gurbulak border gate on the Turkish side near the Iranian border, temporarily halting gas exports from Iran.

Though most international reports treated the blast as mysterious in origin, including some Turkish state broadcasters such as TRT, Iranian leader were quick to blame “terrorists”.

“This morning, terrorists attacked a natural gas pipeline inside Turkey near Iran’s Bazargan border with Turkey… Flow of gas has been halted,” director of the National Iranian Gas Company, Mehdi Jamshidi Dana, said in a statement.

Fire and smoke could be seen billowing from the site throughout the much of the day in dramatic footage captured by Russian media.

“The gas flow on the natural gas pipeline was cut and the fire that had started was extinguished by fire squads,” Turkish broadcaster TRT said, adding that the incident is under investigation.

According to the New York Times, citing Iranian state sources further, Kurdish militants operating in eastern under the PKK are being blamed for the blast :

Kurdish militants belonging to the outlawed PKK have targeted oil and gas pipelines from Iraq and Iran as part of their more than three-decade old campaign for self-rule in southeast Turkey.

Indeed at the height of fighting between PKK militants and the Turkish state throughout the 1990’s and into the 2000’s the pipeline was attacked and disabled on repeat occasions.

Turkey reportedly has kept an extremely reduced border security force in the area of late due to the coronavirus pandemic.