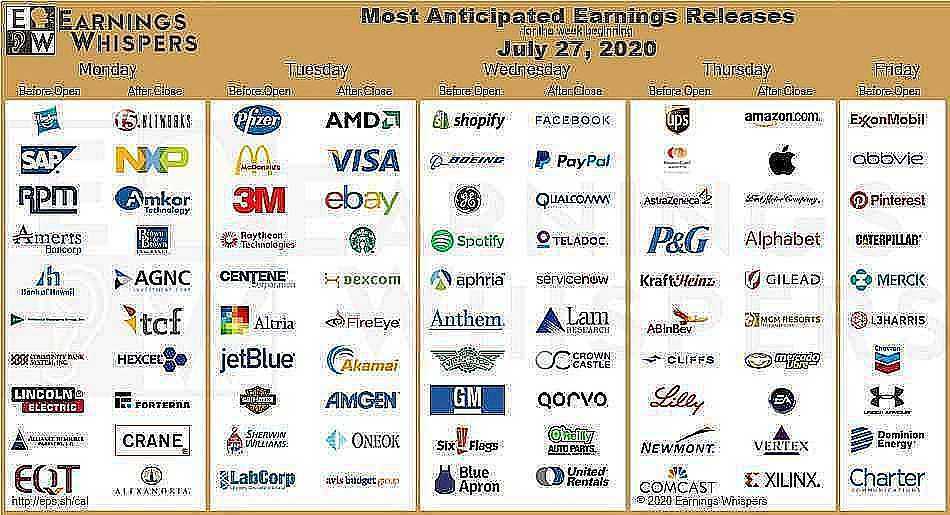 Looking to the week ahead, and just after the biggest two week fall in the Nasdaq (-2.39%) since the turmoil in mid March, DB’s Jim Reid writes that one of the most interesting things this week will be earnings releases from Amazon, Apple, Alphabet and Facebook (all on Thursday) together with roughly a third of the S&P reporting Q2 results. This could have a big impact on sentiment, especially if the tech giant follow Intel and disappoint. Intel falling -16.24% on Friday after results the previous night helped tech sentiment dip a little on Friday. 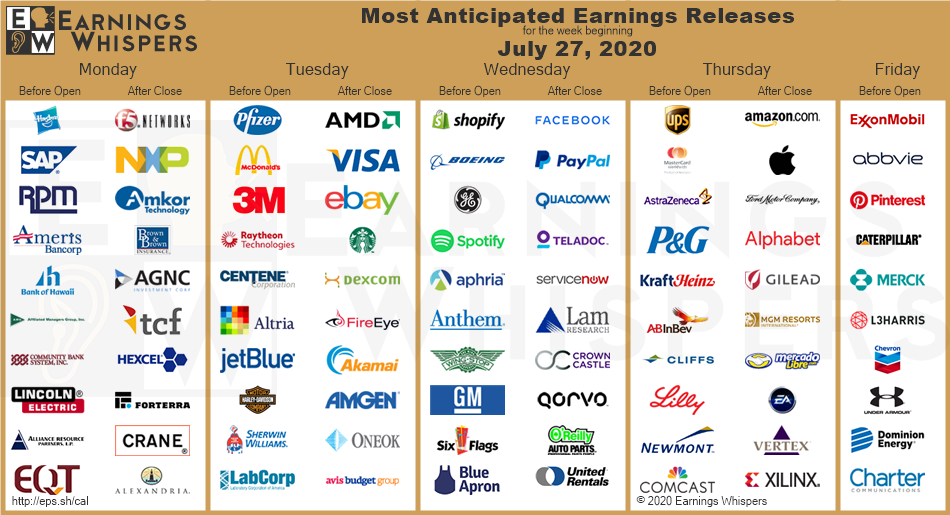 Elsewhere one of the key macro highlights this week will be the Federal Reserve’s latest monetary policy decision, along with Chair Powell’s subsequent press conference. Recent communications from the Fed have made it clear that the FOMC will soon pivot away from stabilization towards accommodation, and in a piece earlier this week, DB’s economists released the first of a two part series looking at how much accommodation will be needed and how it will be provided. On Friday, Reid published a CoTD to suggest that if balance sheet was the only tool used, to keep policy neutral an extra 12 trillion of QE could be required. We are currently at $7tn.

Data releases will also get a decent amount of attention, particularly given the Q2 GDP releases out in the US (Thursday) and the Euro Area (Thursday/Friday) that are likely to show some of the largest quarterly contractions in history. They will also help calibrate forecasts for economists going forward. The other main data release will be the release of PMIs from China on Friday. All the other data releases will be in the day by day calendar at the end.

Finally, looking at just the US, the key event this week is the July FOMC meeting, with the release of the statement at 2:00 PM ET on Wednesday followed by Chair Powell’s press conference at 2:30 PM. The key economic data releases this week are the durable goods report on Monday, the initial Q2 GDP estimate on Thursday, and the personal income and spending and UMich consumer sentiment reports on Friday. 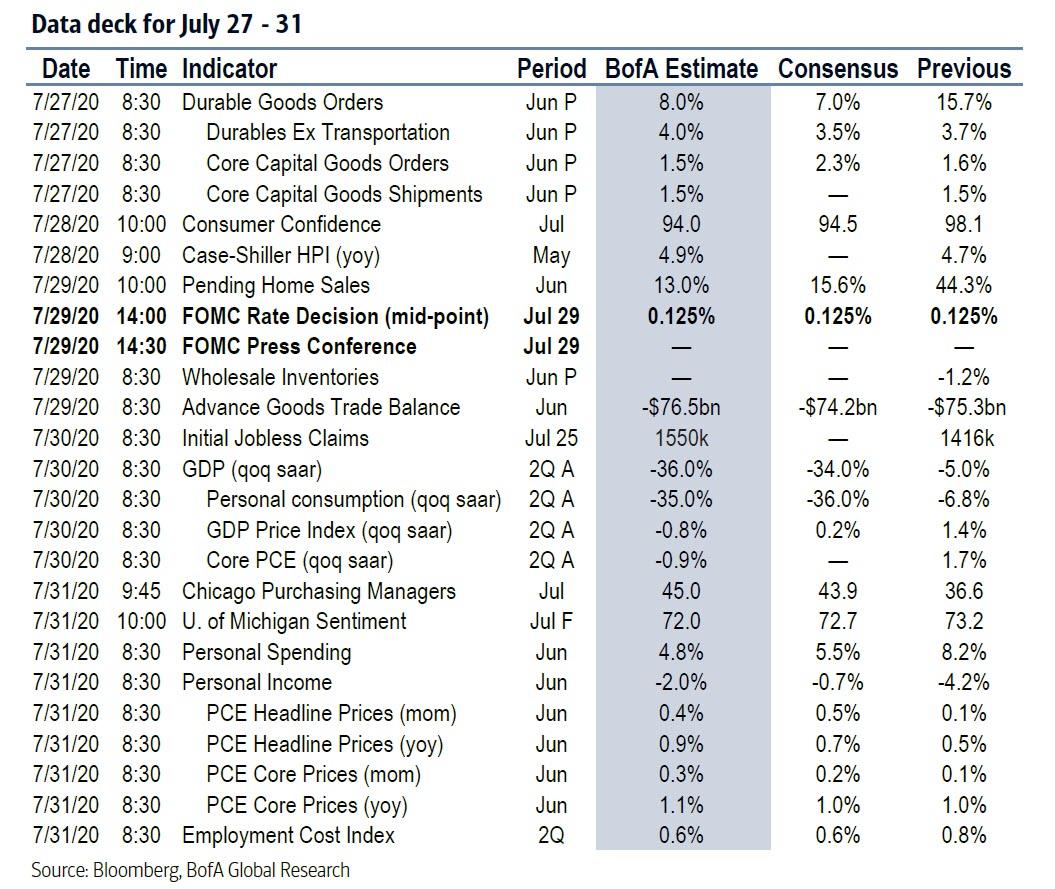