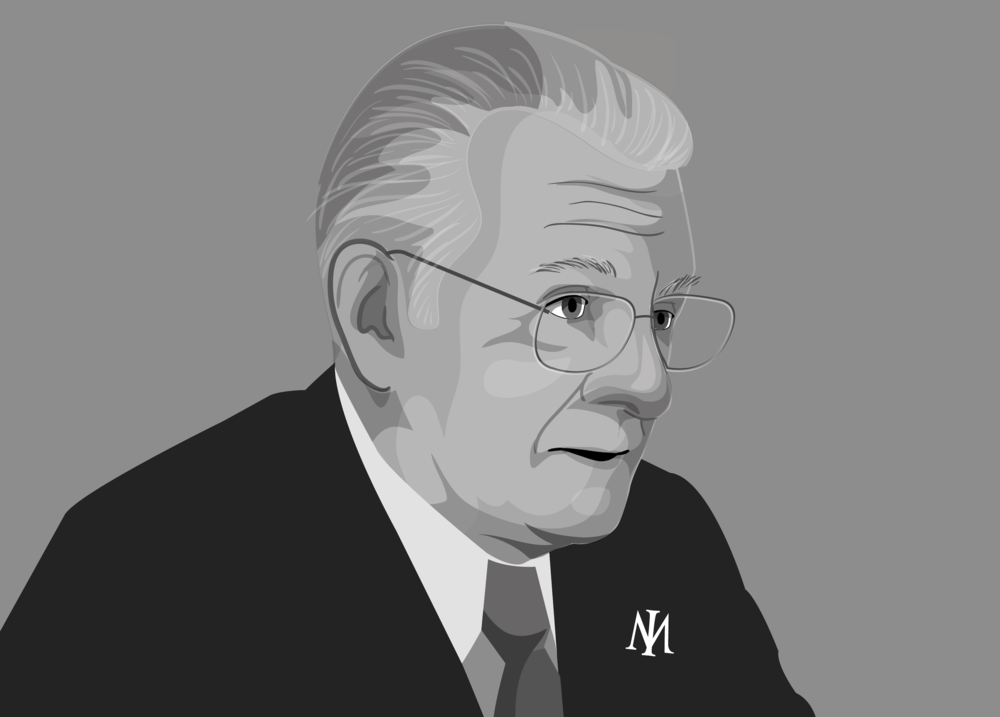 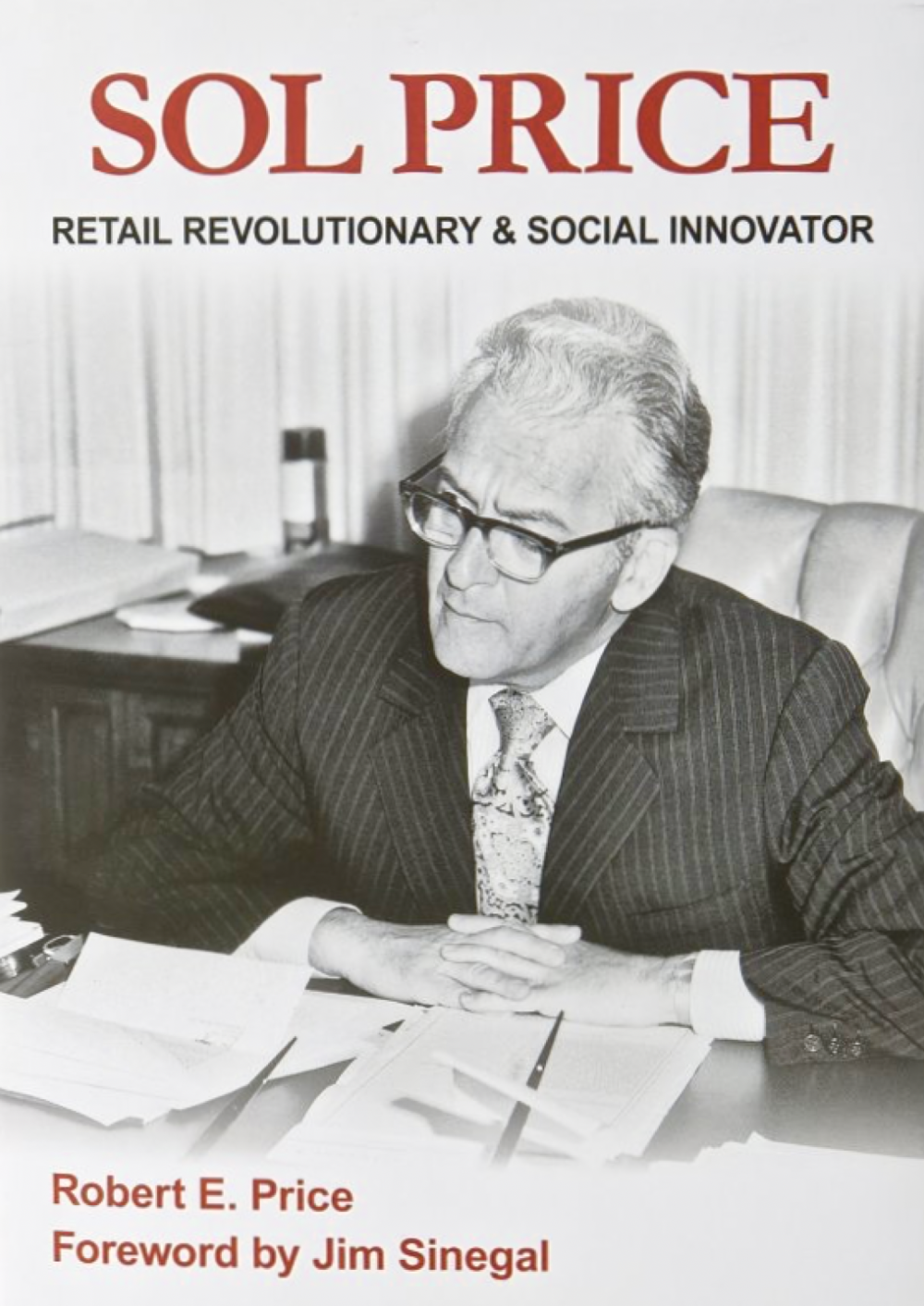 Walmart, Costco, Home Depot. You’ve heard of them no doubt? Together, they’re recognised as the world’s largest retail and hardware chains and believe it or not, all three owe a great deal of their legacy to the same man.

Walmart’s founder, Sam Walton, noted in his biography, “Most everything I’ve done I’ve copied from somebody else.” Later he divulged, “I guess I’ve stolen – I actually prefer the word ‘borrowed’ – as many ideas from Sol Price as from anybody else in the business.“

It’s the same story for Costco. It’s founder, Jim Sinegal, had one mission: ‘clone’ Sol Price’s retail business. Jim also had the credentials to do so. At the age of 18, Sinegal started his retail career as an employee of Sol Price and three decades later he left to start Costco. A reporter once asked Jim: “you worked for Sol for so many years, you must have learnt a lot?” To which Jim replied “No, that’s inaccurate, I learned everything from Sol Price.” Sol Price was his mentor and as he put it: ‘The smartest businessman I ever met’.

Similarly, there’s every chance that Home Depot wouldn’t exist today if not for Sol Price. Home Depot’s co-founder, Arthur Blank, went to see his friend Sol after he was fired from a hardware chain called Handy Dan Home Improvement. In that meeting, Sol encouraged Arthur to forget about suing his ex-employee and instead start a retail business. Which he did.

As the son of immigrant parents, Sol Price grew up in the Bronx, before relocating to San Diego, where he met his wife Helen. While pursuing a career as a lawyer, Sol’s father-in-law passed away leaving a property which needed to be dealt with. Sol ended up trading the property for a vacant retail property in need of a new tenant. Sol sought advice from a good friend and client who’d opened a few jewellers stores in San Diego. The friend explained how the jeweller’s highest volume account was a business called Fedco, a membership retail store which catered to federal employees in Los Angeles. As a non-for-profit corporation, Fedco was doing a brisk business with customers coming from as far as San Diego.

Sol tried to convince Fedco to join with him to open a Fedco at his vacant property. Fedco declined. Henceforth, FedMart was born. Fedmart was started as a ‘membership’ retailer, allowing the business to circumvent the strict Fair Trade Laws applicable at the time; laws which gave manufacturers the right to set minimum selling prices for their products.

Ultimately Sol sold FedMart to a European retailer, and remained in the business. Before long the new owners clashed with Sol and fired him. Sol wasted no time moving on. Sol started a wholesale cash and carry business he named the The Price Club. Unfortunately, it wasn’t all smooth sailing to begin, with initial sales well below budget. In response to lagging sales, Sol decided to open the business to a wider customer base. Sales grew rapidly. The Price Club concept grew into a 94 store enterprise before it merged with Costco.

While you’ll find references to Sol Price in Sam Walton and Arthur Blank’s biographies, Robert Price has written a biography about his father entitled ‘Sol Price – Retail Revolutionary and Social Innovator’. Once again, you’ll find many of the characteristics embodied in Sol in the other Master CEO’s we’ve covered; it’s no surprise, many took a leaf straight out of Sol’s book. Here are some of my favourite insights from the book.

‘As a retail revolutionary, Sol’s brilliance changed the way we shop, first with FedMart in 1954, the retail format copied by Walmart, Kmart and Target in 1962; and then, with the Price Club, the warehouse club format adopted by Costco and Sam’s Club in 1983.”

“Fortunately, most of us had backgrounds that were alien to retailing. We didn’t know what wouldn’t work or what we couldn’t do.” Sol Price

“[Sol] was never driven by the need to have the most stores or the most money, but by the desire to give the customer the best deal and to provide fair wages and benefit’s to FedMart’s employees.”

“Employees [in San Antonio] were paying their employees 50 cents per hour. Sol knew that people could not live on 50 cents an hour. He decided that the wage rate at FedMart would be $1.00 per hour. Of course, everyone wanted to work at FedMart.”

“Sol’s approach to FedMart employees mirrored the relationship he had with FedMart members. He felt a responsibility -a fiduciary duty – to provide excellent wages, benefits, and working conditions for employees.”

Innovate to Keep Prices Down

“Because Fair Trade Laws impacted so many products, including such staples as Tide detergent and name-brand liquors, FedMart developed a line of private label merchandise. FedMart purchased these products with specifications and standards as nearly equivalent to the national brands as possible and stocked the FM brand to demonstrate the savings.”

“FedMart’s low price merchandise, limited selection, yet breadth of product offerings had a major impact on the retail world.”

“According to Sol, FedMart was not a discount store. He described FedMart as a ‘low margin retailer’.”

“FedMart priced merchandise starting with the cost of the product and taking as small a markup as possible – consistent with covering expenses and a small product while giving the customer the best price.”

“The trusting relationship with members was reinforced by FedMart’s unique merchandise selection – limited selection and large pack sizes. Sol proved it was possible to do more sales with fewer merchandise items [stock keeping units – SKUs). He pioneered large packing size as a way of lowering prices.”

“Price Club was different from other retailers – charging a $25 annual fee with large package sizes and extremely limited selection.”

“[Product] sampling increased sales both because members liked the products and because of the ‘reciprocity rule’, people’s subconscious desire when receiving something for free.”

‘The Intelligent Loss of Sales’

“One of the intriguing questions is: why does limited selection result in higher sales? Part of the answer lies in what Sol called ‘the intelligent loss of sales.’ Conventional wisdom in retailing is to stock as many items as possible in order to satisfy every customer’s needs and wants. The ‘intelligent loss of sales’ turns that theory on its head, postulating that customer demand is most sensitive to price, not selection. And low prices are possible only if there is integrity in the pricing combined with being the most efficient operator.”

“Sol taught by example and he taught by engaging people in challenging discussions, demanding that they use their brains.”

“In return for providing a great workplace for FedMart employees, Sol asked only two things of his employees: that they work hard and that they think.”

1) Provide the best possible value to the customers, excellent quality products at the lowest possible prices.

Sol believed in building long term relationships with his customers. He described his business philosophy as the professional fiduciary relationship between the retailer and the customer. In his words; ‘If you recognize you’re really a fiduciary for the customer, you shouldn’t make too much money’.

The underpinnings of this fiduciary were consistently high quality merchandise and consistently low prices. Sol infused FedMart’s employees with the belief that they were representing the interests of the customer.”

“Sol’s sense of duty to FedMart members was punctuated by FedMart’s refund policy: ‘Everything we sell is guaranteed unconditionally. We will give an immediate cash refund to any customer not completely satisfied with a purchase made at FedMart. No questions asked’.”

Pristine Ethics / Tone at The Top

“Sol’s business ethics extended to all facets of his business world. FedMart employees were prohibited from taking any form of gratuity from suppliers, even a free lunch. But suppliers were to be treated fairly.”

“Sol believed that fairness was a moral imperative. He would say that rich people would often think they gained their wealth on their own when, in fact, their success was the product of their teachers, along with government workers, service providers, and the employees in their companies.”

“There were a number of reasons for charging a membership fee of $25, a significant amount of money compared to the rather nominal $2 membership fee that members of FedMart paid. The most important reason was to use the membership money to lower prices by including the fee in the calculation of gross margins.”

“All Berkshire does is copy the right people.” Charlie Munger

The same can be said for Walmart, Costco and Home Depot. Even Jeff Bezos’ Amazon Prime membership model draws on the innovation of Sol Price. If the world’s largest retailers and hardware chains have all been influenced by the one man, and even further have emulated his practices in their own businesses, its hard to refute that the man was a genius.

Sol was a true Master.

Join our Investing Community for daily insights on Twitter: @mastersinvest