When the Chinese economy is booming, Mainlanders head to Macau to wager some of their disposable income at casinos. When the economy decelerates, sort of like what’s happening at the moment, gamblers stay home because of economic pessimism.

Year to date, gross gaming revenue sagged 2.4%, comes at a time when the Chinese government has told its citizens to embrace lower-economic growth.

Macau’s gross gaming revenue is expected to record its first yearly decline since 2016, as several headwinds have developed.

The Bloomberg Intelligence index of Macau casino operators slipped 3.4% in November. Though the index is still up for the year, it has dropped 20% from a peak in Apr.

With no turn up in the China Momentum Indicator, there’s a high probability that Macau’s gaming industry will continue decelerating into 2020. 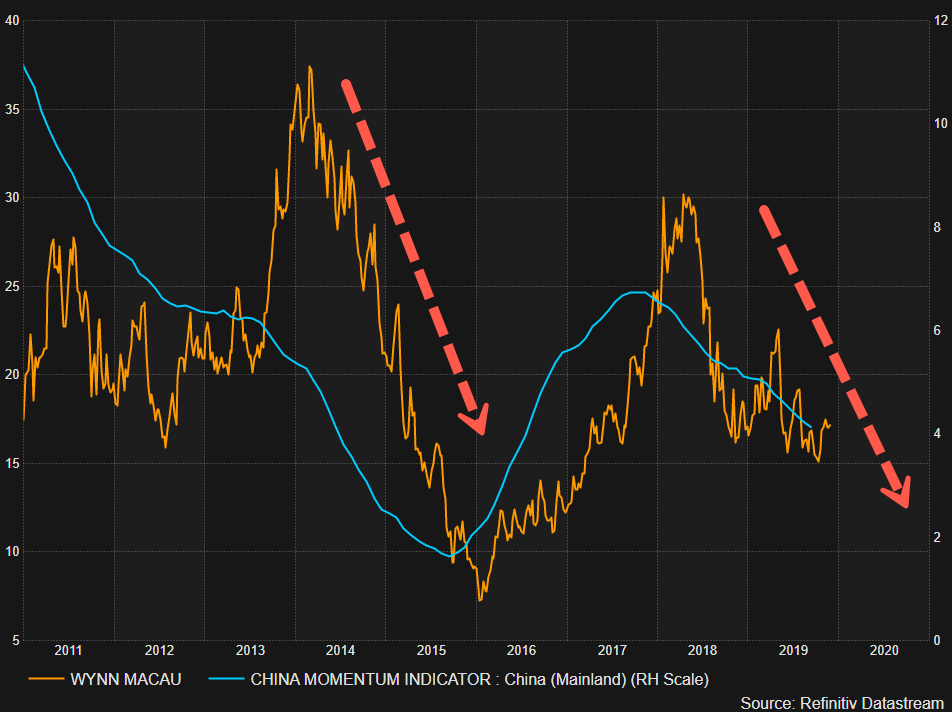 World stocks are ignoring the slowdown in China and in the Macau gaming industry. 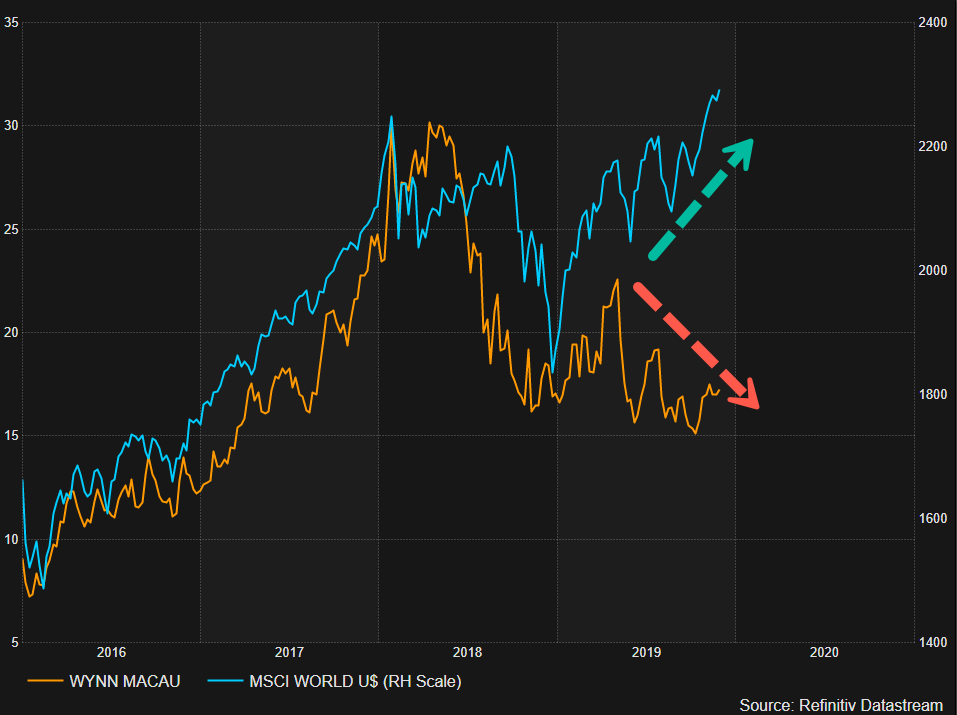 Gaming industries in Macau and the US appear to exhibit signs of weakness. 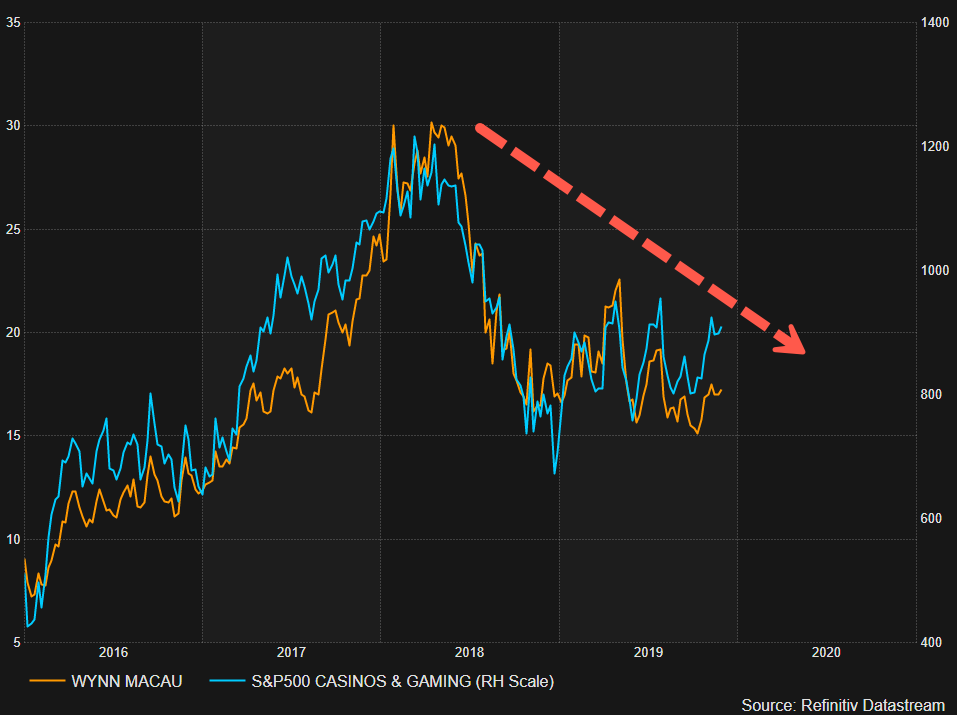 The global gaming industry appears weak, as well. Maybe highlights how consumers across the world are pulling back on casino spending as the global trade recession is imminent. 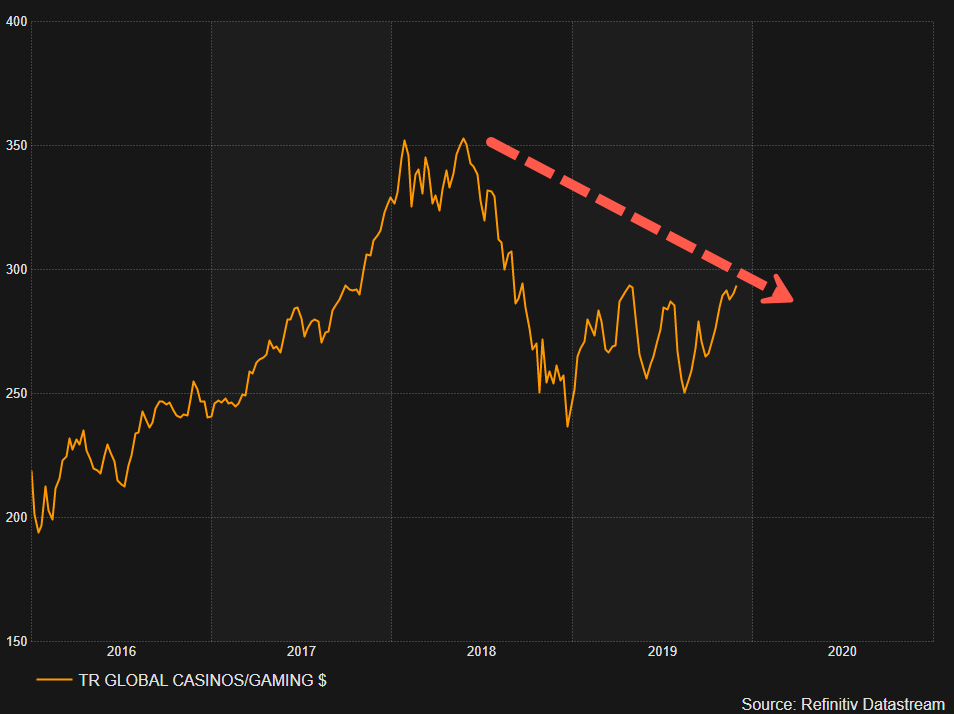