Authored by Raul Diego via MintPressNews.com,

COVI-PASS will determine whether you can go to a restaurant, if you need a medical test, or are due for a talking-to by authorities in a post-COVID world. Consent is voluntary, but enforcement will be compulsory. 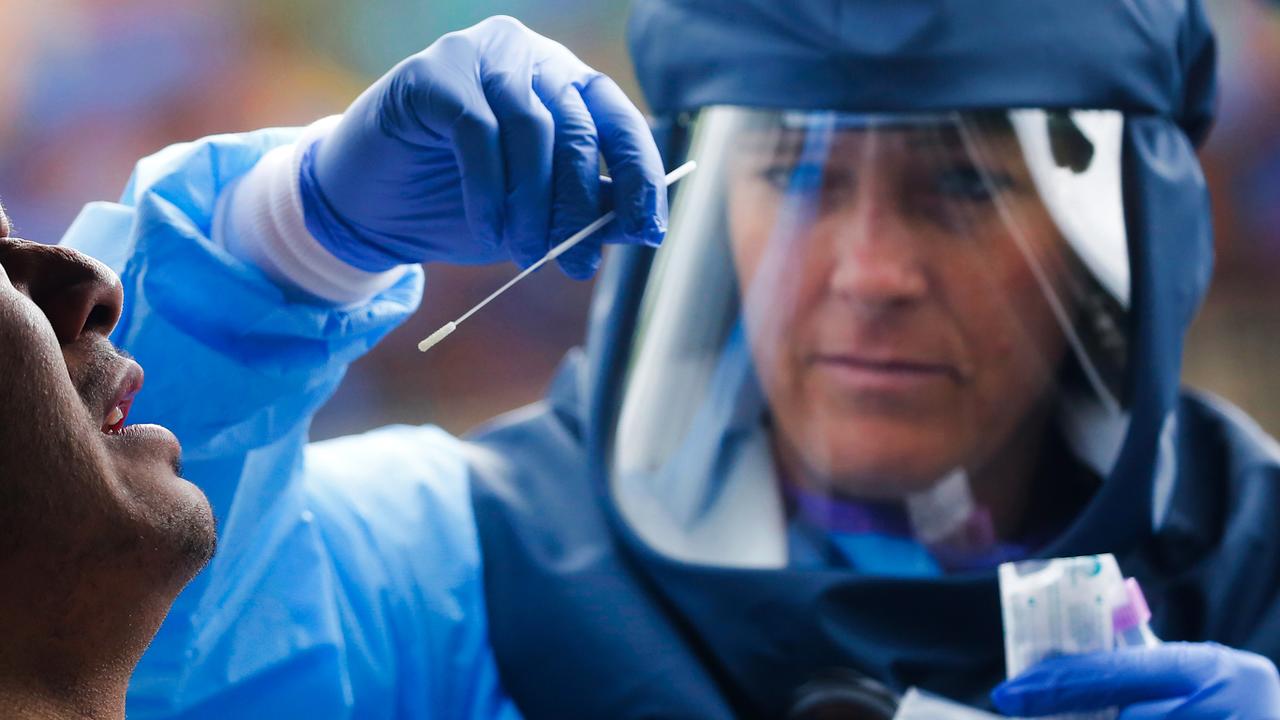 Through the magic of Internet meme culture, most Millennials will be familiar with the famous opening scene of the 1942 film, “Casablanca,” where two policemen stop a civilian in the “old Moorish section” of Nazi-occupied French Morocco and ask him for his “papers.” The subject is taken away at once after failing to produce the required documents. The cinematic exchange has been used ever since as a popular reference to the ever-encroaching hand of the state, which is now on the verge of attaining a level of control over people’s movements that puts the crude Nazi methods to shame.

A British cybersecurity company, in partnership with several tech firms, is rolling out the COVI-PASS in 15 countries across the world; a “digital health passport” that will contain your COVID-19 test history and other “relevant health information.” According to the company website, the passport’s objective is “to safely return to work” and resume “social interactions” by providing authorities with “up-to-date and authenticated health information.”

These objectives mirror those that Bill Gates has been promoting since the start of the COVID-19 lockdown. In an essay written by Gates in April, the software geek-cum-philanthropist lays out his support for the draconian measures taken in response to the virus and, like an old-timey mob boss, suggests the solutions to this deliberately imposed problem. Ironically, Gates begins to make his case for the adoption of mass tracking and surveillance technology in the U.S. by saying that “For now, the United States can follow Germany’s example”; He then touts the advantages of the “voluntary adoption of digital tools” so we can “remember where [we] have been” and can “choose to share it with whoever comes to interview you about your contacts.” 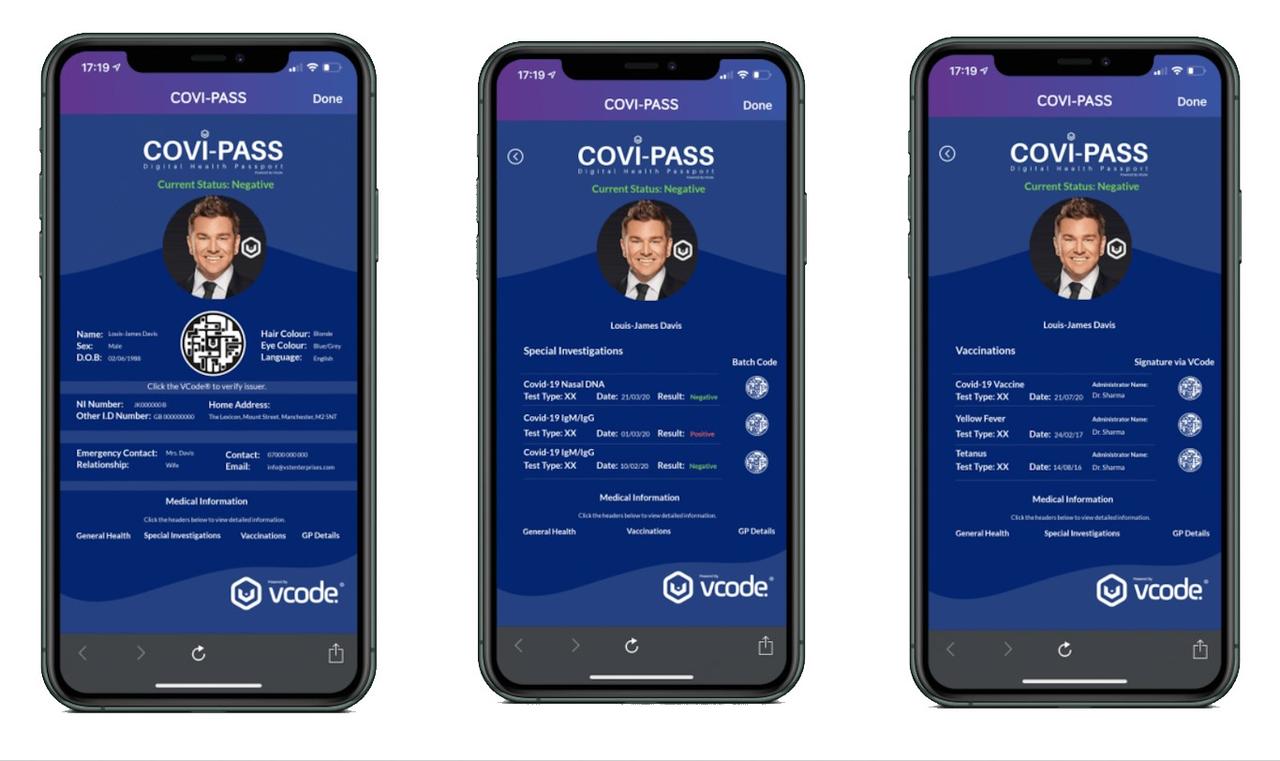 Gates goes on to predict that the ability to attend public events in the near future will depend on the discovery of an effective treatment. But he remains pessimistic that any such cure will be good enough in the short term to make people “feel safe to go out again.” These warnings by the multi-billionaire dovetail perfectly with the stated purposes of the aforementioned COVI-PASS, whose development is also being carried out in partnership with Redstrike Group – a sports marketing consultancy firm that is working with England’s Premier League and their Project Restart to parse ticket sales and only make them available to people who have tested negative for the virus.

VST Enterprises Ltd (VSTE) is led by 31-year old entrepreneur, Louis-James Davis, who very recently stepped down from a “science & technology ambassadorship” in the African nation of Zimbabwe to focus on the company’s role in the UN’s SDG (Sustainable Development Goals) Collaboratory initiative, comprising a series of “cyber technology projects across all 193 member states of the United Nations.”

These will use the same proprietary VCode and VPlatform technologies underpinning the COVI-PASS that will reportedly tackle issues such as illegal mining and counterfeiting. This “third generation” barcode technology overcomes the limitations of older “second generation” versions like QR-codes, according to Davis. “Data and sensitive information scanned or stored in either a QR code and barcode can be hacked and are inherently insecure,” Davis claims, “leaving data and personal details to be compromised.” These, and other flaws of the prevailing “proximity apps” were exploited by VST Enterprises to position itself to land large government and private sector contracts.

By all measures, the strategy has proven wildly successful and VST now enjoys strong favor in the highest circles of the UK government as evidenced by the ringing endorsement of former Prime Minister Theresa May, prominently displayed on the COVI-PASS website. More practically, VST now has a direct partnership with the UK government and has secured contracts to deploy its technology in 15 countries, including Italy, Portugal, France, India, the US, Canada, Sweden, Spain, South Africa, Mexico, United Arab Emirates and the Netherlands.

In May, VST signed a deal with international digital health technology firm and owner of COVI-PASS, Circle Pass Enterprises (CPE) to integrate VST’s VCode into the biometric RFID-enabled “passports” which can be accessed via mobile phone or a key fob will flash colored lights to denote if an individual has tested negative, positive or is to be denied entry to public locations. Awarded the ‘Seal of Excellence’ by the EU, VCode® technology will ensure that all of our most sensitive personal and health information can be accessed by authorities at a distance, dispensing with messy and potentially dangerous face-to-face encounters with police or other enforcement personnel.

So far, the concerns over the digital health passport’s threat to freedom and privacy have been lukewarm at best and it seems as if the world has already accepted that full-fledged population control methods such as these will simply be a fact of life. While the coronavirus pandemic has certainly done much to bring the public over to this way of thinking, the campaign to normalize this sort of Orwellian power-grab has been ongoing for many years and Bill Gates – who many media outlets have whitewashed out of stories related to these measures – has been at the forefront of its promotion.

The Innovation for Uptake, Scale and Equity in Immunisation (INFUSE) project was launched in Davos, Switzerland in 2016. The program was developed by an organization funded by the Bill & Melinda Gates Foundation called GAVI (The Vaccine Alliance), which has been calling for a digital health ID for children along with partners in the broader !D2020 initiative like the Rockefeller Foundation and Microsoft.

In a recent interview, the deputy director of the Bill & Melinda Gates Foundation, Hassan Damluji, derided the idea that the COVID-19 pandemic was in any way subsiding and even warned that, far from receding, the pandemic was “deep into wave three.” His remarks were specifically targeted to the very regions he oversees for the foundation, which include the Middle East and parts of Asia, which he stressed would be the focus of the next wave. Damluji was “most recently involved in a five-year fundraising cycle for GAVI,” an effort led by Saudi Arabia, whose investment he praised as a powerful “signal [that] others had an obligation to follow.”

Gates concludes his editorial with a comparison to World War II, stating that said conflict was a “defining moment of our parents’ generation” as the COVID-19 pandemic is to ours, implying that the changes taking place now are akin to the Allied forces’ defeat of the Third Reich. Except, of course, that immunity passports or digital health certificates sound exactly like what Hitler wished for the most. After all, wasn’t the idea of a superior race based on considerations of superior health and vitality over the ostensibly sick and unfit? Hard to argue against the idea that a universal health passport is nothing less than the ultimate fulfillment of that dystopian nightmare.

US CPI to Surge, but is it All Base Effect?
#Fundamentally Speaking: Earnings Optimism Explodes
Capital Markets Look for Direction
March Jobs Report – Millions Missing From The Roles
The Dollar may be at an Inflection Point
Shedlock: Lacy Hunt & Expectations For Decelerating Inflation