Authored by John E. McNellis, Principal at McNellis Partners, for The Registry; via WolfStreet.com,

The fatal flaw of meal-delivery unicorns… 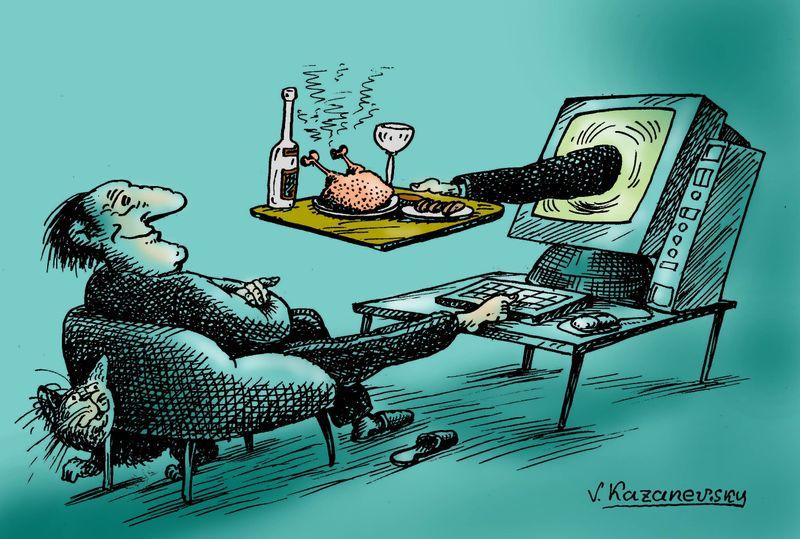 What do DoorDash, GrubHub, Postmates and Uber Eats have in common with Lassie?

Nothing. They’re dogs; Lassie’s a superstar.

What do they have in common with each other? Everything.

They take the world’s second oldest profession – Babylonia had delivery boys – sprinkle it with tech dust, click their ruby slippers, chant “There’s no place like Silicon Valley” and hope to become unicorns. (By the way, since unicorns are entirely mythical, wouldn’t the Valley be wise to pick another moniker for its wannabe superstars?)

There’s no secret to success in tech. But like hitting a 98 mph fastball, it’s easy to describe, nearly impossible to do: Create a great product that can scale. Even better if you can build a patent moat around it. If, after five hard years of R&D, you create killer software at a cost of $100 million, then the first product you ship for $1,000 comes at a loss of $99.99 million. But by the time you’ve sold your millionth unit at almost no additional cost, you’ve grossed a billion. That’s scale.

Here’s the rub: You can scale intellectual property, you can’t scale labor. Your millionth pizza costs as much to deliver as your first.

Yet the meal-delivery guys claim they will scale when they create a critical mass. They will have the density they need to become profitable (none are yet) if they can somehow bag a huge market share. The density argument goes like this: if we can deliver enough meals in a given trade area, we can be like the post office in terms of efficiency (yes, the post office, I’m not being ironic). Nice idea, but it doesn’t wash.

The post office is a route business – your mail carrier hits the same couple hundred houses on the identical route every day. That beats 200 homeowners making 200 trips to the post office.

Meal delivery is a discrete business. No one else in your zip code is ordering spaghetti Bolognese from Trattoria Pastaria at 6:30 on a Tuesday evening. Whether the Uber Eats guy drives to the restaurant or you do, it’s the same (except the food is hotter if you do it yourself). There is no way to string that discrete delivery into an efficient, cost-effective route. To that point, old-school pizza joints average about 2 deliveries an hour and their drivers start at the restaurant. Can a free-floating DoorDasher do more than two an hour?

In short, Mount Everest is scalable, meal-delivery companies are not.

This claim of eventual profitability calls to mind the very old joke about the jeweler who sold his diamonds below cost, losing a little on each sale. “I make it up in volume,” he said. He didn’t and neither will the meal-delivery companies.

Let’s get specific. DoorDash, Postmates and Uber Eats all deliver for McDonald’s. According to that most reliable of all sources, the internet, they charge about $5 to deliver your burger and fries. And it takes about 30 minutes from the time you order to delivery. This means that, like pizza, the driver can do about two trips an hour. This is a truly great service for the consumer too stoned to get his own milkshake at midnight.

But there is no way, no way, in the world this can be profitable for the meal-delivery companies (or the restaurants if they do it themselves). Ten bucks an hour won’t even pay for the driver’s gas and minimum wage, let alone his incidental car costs. What’s left for DoorDash on ten bucks an hour? Nothing.

Consistent with this column’s reputation for highly thorough investigative journalism, I figured what the hell and ordered home delivery from a local restaurant Saturday night. DoorDash delivered the correct order hot within 30 minutes of ordering at a cost to me of 99 cents. Yes. 99 cents. As a consumer, I couldn’t have been more pleased. If I were a DoorDash investor, maybe not so much; somebody’s losing big here.

The driver told me he does ok thanks to tips. He added that he did better as a straight-up Uber driver (which, by the way, ain’t that great), but he couldn’t stand the drama: people throwing up in his car, the fighting, drinking and taking drugs while he was driving.

But sooner or later, Wall Street and the VCs will tire of handing over free money to these guys. They will insist they turn a profit, that they charge a fair price to make that spaghetti run.

Who’s going to pay for it? Everyone has a different number for the last-mile cost, but let’s say it’s twenty bucks if you throw in a reasonable profit. The 99 percent aren’t going to pay $20 extra for a $15 pizza or even a $50 fettuccine Alfredo. The lazy 1 percent would, but oops — bad business model — they’re only 1 percent of the population.

So, stick the restaurants with the delivery cost? Good luck, they’re already on life support. Being in the retail business means that — just like your children — you hear from your tenants whenever they have problems. And we’re hearing from our restaurants. They’re fighting to adapt to minimum wage hikes and cost increases in a highly competitive environment. Our restaurant tenants are scattered throughout Northern California’s more affluent towns; if they’re struggling — and they are — everyone is struggling.

Virtually free meal-delivery is yet another concept out of Silicon Valley that is:

a) great for consumers (as are WeWork, Uber and Lyft);

b) guaranteed to never make a profit (as are WeWork, Uber and Lyft); and

c) proof that the smartest guys in the room are no smarter than the rest of us.

Enjoy reading WOLF STREET and want to support it? Using ad blockers – I totally get why – but want to support the site? You can donate “beer money.” I appreciate it immensely.