Submitted by Nicholas Colas of DataTrek

More Americans live alone than ever before, some 28% of the population. They actually outnumbers households with 4+ people and demographic trends point to even more single-person households over the next decade. This is one of those long-term secular trends that should be part of every investor’s checklist when considering the merits of a company’s product/service offering.

First, a brief overview of the data (graph below): 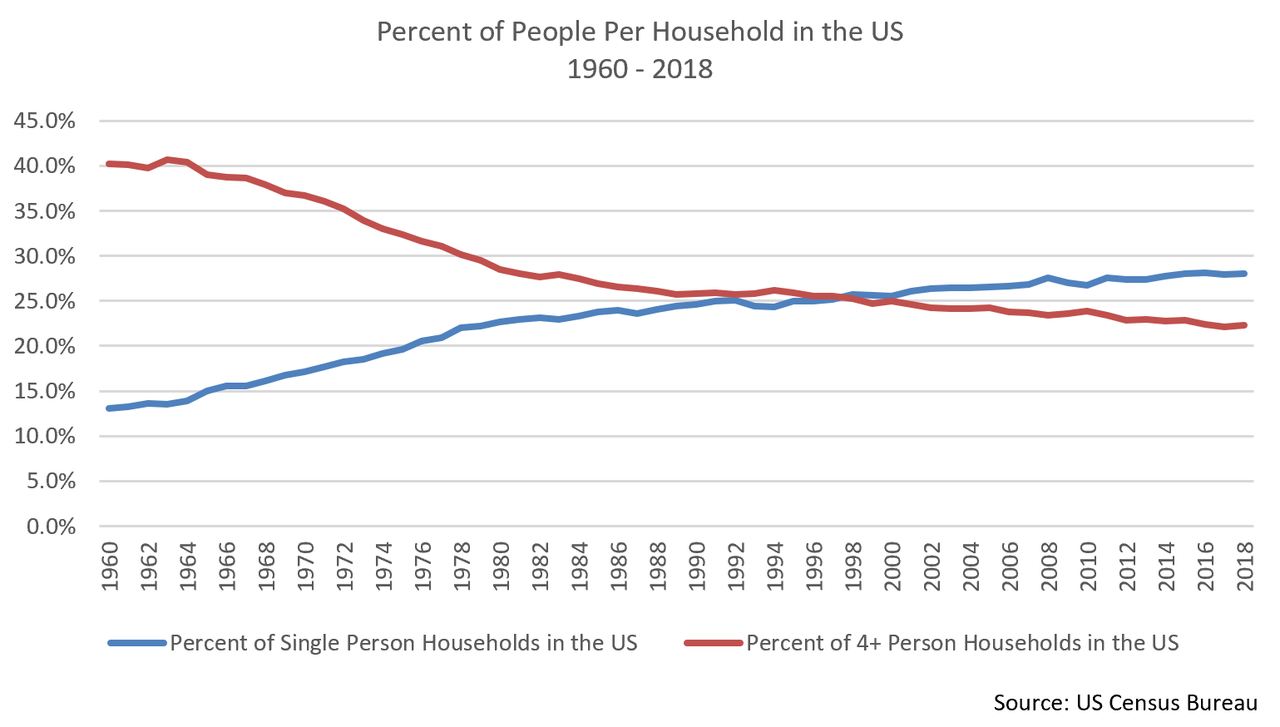 Why is this happening?

Why does this matter from an investment perspective?

Bottom line: the growth of single-person US households is one of those big macro trends that should filter its way into considering what sorts of companies will prosper in the next decade. Just ask yourself “would a person living alone buy X, subscribe to Y, or use Z’s services?” If the answer is a resounding “yes”, that’s a good start.

US Census (Households by size): https://www.census.gov/data/tables/time-series/demo/families/households.html