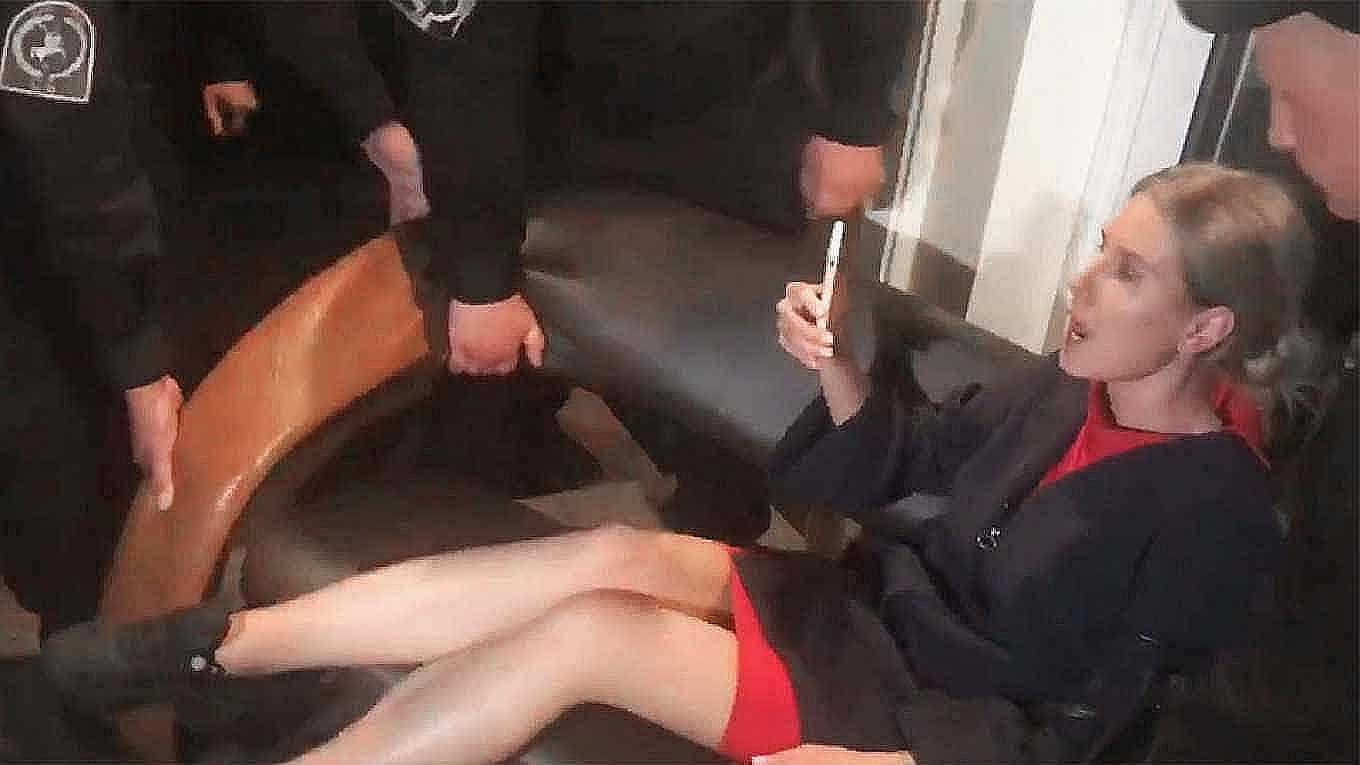 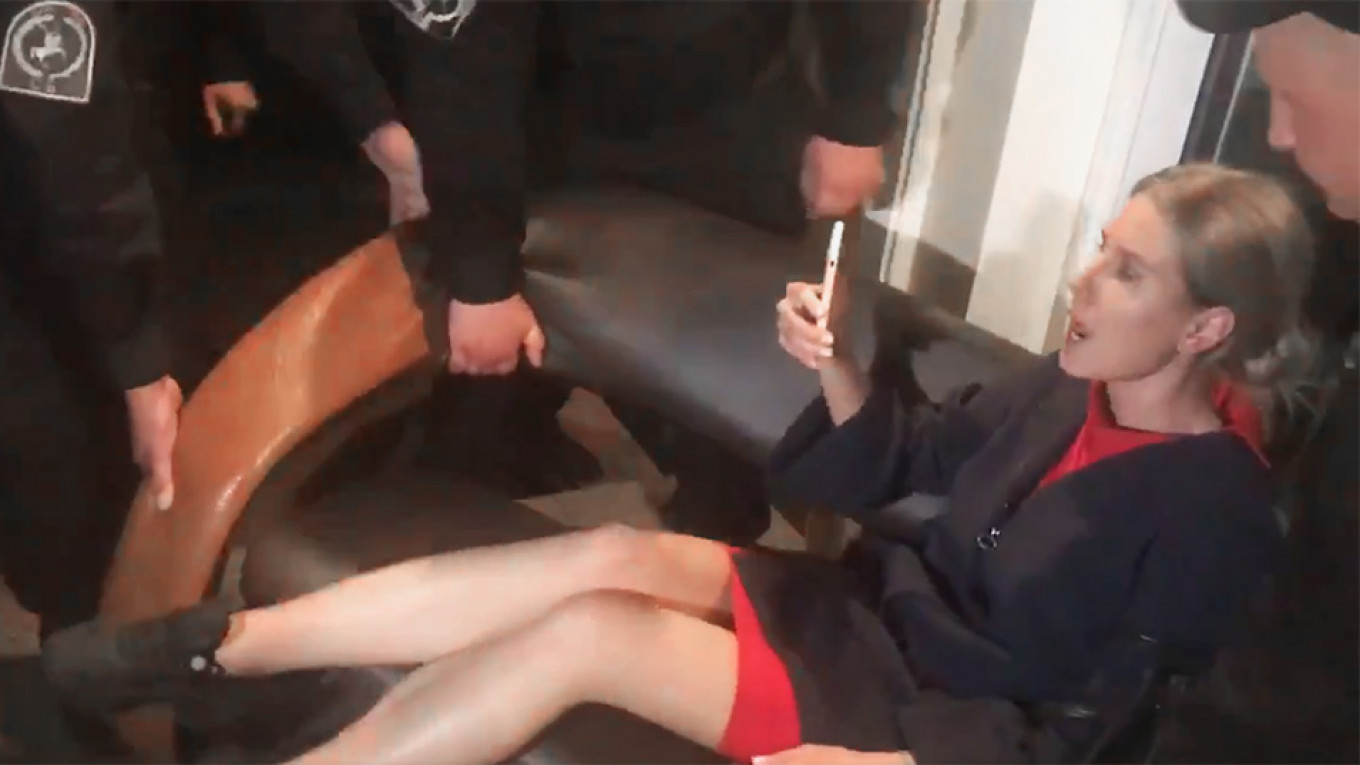 Sobol, a longtime aide to opposition leader Alexei Navalny, had declared a hunger strike nearly two weeks ago over election authorities’ refusal to allow her and other candidates on the ballot for local elections on Sept. 8. On Thursday, she moved her hunger strike to the Moscow election commission office.

Footage published by the independent Dozhd television station before midnight Thursday showed uniformed men carrying a couch, with Sobol sitting on top, down a set of stairs.

“I don’t know what to say. This is real and not a dream,” the incredulous Sobol said as she broadcast her removal live on social media.

Police detained Sobol once she was on the street outside the election office. She was later summoned for questioning on Friday morning.

“It wasn’t Sobol that our security guards took out [of the building], but the couch, so as to shake out parasites, bedbugs and so on,” a Moscow election commission official said on Friday, explaining the footage.

“They didn’t lay a finger on her. She was just sitting on the couch while the couch was carried out,” the official, Dmitry Reut, told the state-run RIA Novosti news agency.

The Moscow election office has spoken out against allowing Sobol on the ballot, a decision officially expected later on Friday.

Election officials have barred opposition candidates from running for the Moscow city legislature in September on the grounds that they failed to gather enough signatures of support from voters. The candidates dispute that assertion, saying the authorities barred them from running to stop them from challenging the Kremlin’s grip on power.

Opposition activists said they plan to press ahead with an unauthorized rally in Moscow on Saturday despite overnight police searches and a raft of detentions, including the jailing of Navalny for 30 days.