You cannot make this up…

Yesterday, we reported on a widespread effort by China to inflitrate people at the top of America’s core inner circle of power and influence.” Most specifically that Christine Fang, also known as Fang Fang, was able to gain access to politicians through campaign fundraising, extensive networking and romantic or sexual relationships, according to Axios. She became particularly close with Democratic California Rep. Eric Swalwell, the report noted. 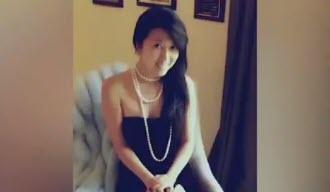 TL;DR on the Swalwell debacle (via @BryanDeanWright):

The Swalwell Scandal isn’t about a one-off dalliance w/ a Chinese spy. It’s that:

1) he (a married man with kids) and the woman dated,

2) she bundled political cash for him,

3) she seeded staff into Capitol Hill, &

4) he serves on the Intel Committee.

Oh, and 5) Pelosi knew about the whole damn thing.

But, Swalwell, who was one of the most outspoken lawmakers who pushed the Russia collusion narrative since Trump took office,as Fox News reports, is now claiming that the president was behind Axios’ explosive reporting during an interview with Politico.

“I’ve been a critic of the president. I’ve spoken out against him. I was on both committees that worked to impeach him. The timing feels like that should be looked at,” Swalwell said on Tuesday.

Swalwell revealed that Axios first approached him about his ties to Fang in July 2019, which was also when he ended his short-lived presidential campaign. But the Democratic lawmaker seemed to suggest that intelligence officials involved in Axios’ reporting were trying to “weaponize” his cooperation with authorities.

“What it appears though that this person — as the story reports — was unsuccessful in whatever they were trying to do. But if intelligence officials are trying to weaponize someone’s cooperation, they are essentially seeking to do what this person was not able to do, which is to try and discredit someone,” Swalwell told Politico.

According to Politico, Swalwell “refused to discuss his relationship with Fang” after Axios reported that she had sexual relations with at least two other politicians. 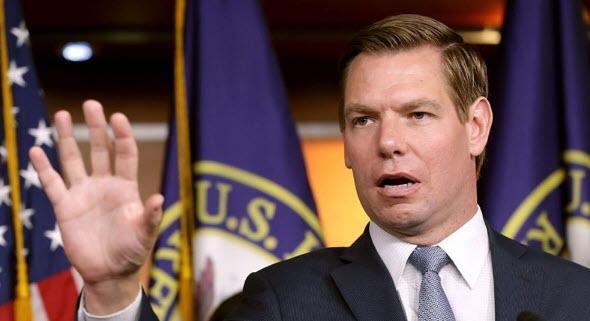 He did, however, express confidence that he will maintain his seat on the House Intelligence Commitee.

“As the story referenced, this goes back to the beginning of the last decade, and it’s something that congressional leadership knew about it,” Swalwell told Politico.

The utter desperation of Swalwell’s attempt to distract from this debacle, by claiming that President Trump was somehow behind the Axios report, is mind-numbing to all but the most cognitively dissonant Trump-hating liberal.

Sure @RepSwalwell. And POTUS went to the noted right wing conspirators at Axios with the story? You were caught with your pants down and a Chinese spy in your bed. And somehow that’s Trump’s fault? https://t.co/vbIJuMLFvg

If @RepSwalwell hadn’t been banging the Chinese communist spy, he would be doing wall to wall MSNBC hits claiming that this was a Russian disinformation campaign. Instead, all he can say is “it’s classified.” No one is buying it, Eric. pic.twitter.com/1mWflFpdwF

Oh wait, we found one entity willing to entirely ignore it… As Richard Grenell tweeted:

CNN national security reporters @ZcohenCNN and @kylieatwood haven’t tweeted that @ericswalwell is caught up in a spy scandal. They try and help him by ignoring his role in a national security crisis but it only shows their bias. Everything they do is to cover for Democrats.

Grenell fills in some of the blanks…

As Donald Trump Jr noted so poignantly on Twitter:

Does anyone else notice that the Chinese Spies seem to always attach themselves to Democrats while simultaneously always attacking Republicans? That should tell us all we need to know about who’s fighting for who. Democrats are the party of China!

Adding that, with regard to China’s spying operation, which we detailed yesterday:

It’s all Dems. China is targeting Dems for cultivation & targeting Republicans with attacks. When your greatest national security threat sees Dems as sympathetic & GOP as the enemy, tells you all you need to know!

How long before this is shut down and censored from Twitter as ‘debunked conspiracy’? And will Axios be banned also for ‘starting this vast right wing conspiracy’?