So far this year, the story in precious metals markets has been all about gold. Speculators have this idea that gold is a hedge against inflation. They don’t question it, don’t theorise; they just assume. And when every central bank issuing a respectable currency says they will print like billy-ho, the punters buy gold derivatives.

These normally tameable punters are now breaking the establishment’s control system. On Comex, the bullion establishment does not regard gold and silver as money, just an idea to suck in the punters. The punters are no longer the suckers. With their newly promised infinite monetary expansion, central banks are confirming their inflationary fears.

What makes it worse for bullion bank trading desks is that the banking system is now teetering on the edge of the greatest contraction of bank credit experienced at least since the 1930s, and banks are determined to rein in their balance sheets. We normally think of bank credit contraction crashing the real economy: this time, banks are reining in market making activities as well, and that includes out-of-control gold and silver trading desks, foreign exchange trading, fx swaps and other derivatives —anything that is not a matched arbitrage or an agency deal on behalf of a genuine customer.

Initially, the focus on gold left silver vulnerable. Figure 1 shows how the two metals have performed in dollar terms so far this year, indexed to 31 December 2019. When the bullion banking establishment tried one of its periodic smashes in mid-February, it reduced Comex gold futures’ open interest from just under 800,000 contracts to about 480,000. The price of gold bounced back strongly to be up 14% on the year and the bullion banks are still horribly net short. But silver crashed, losing 34% and has only just recovered to be level on the year so far. 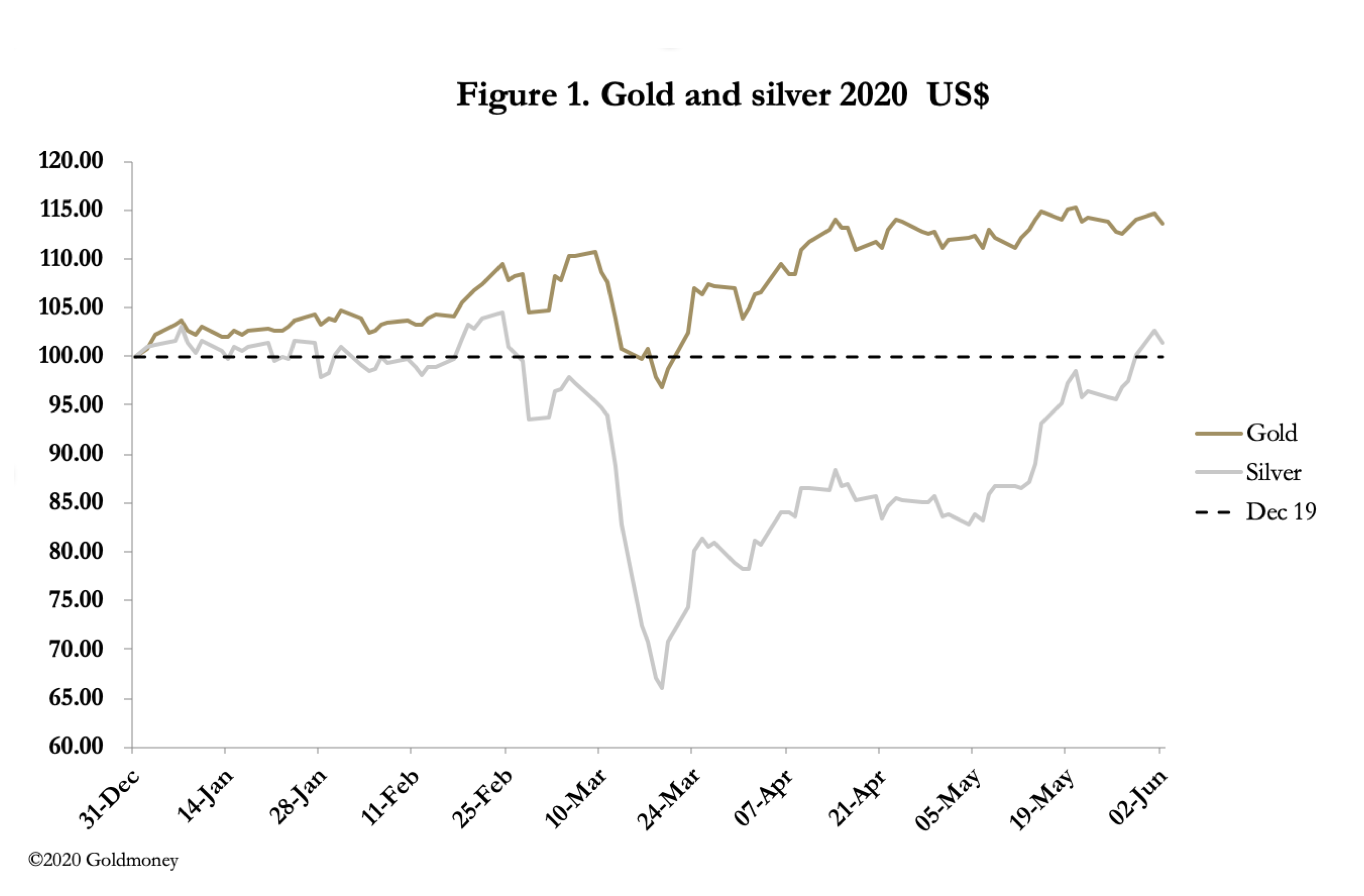 For the punters, in a proper gold bull market silver is seen as just a leveraged bet on gold. They are less interested in the dynamics that cause a relationship to exist than they are on the momentum behind the price. For now, active traders are looking for entry points in both metals to build or add to their positions in a bullish but overbought market.

This is just short-term stuff, and much has been written on it about gold. We are generally unaware today that silver has been money for ordinary people more so than gold and in that sense still has the greater claim as a circulating medium. It is therefore time to devote our attention to silver.