Authored by Zachary Yost via The Mises Institute,

By any measure, 2020 was not a very good year for human freedom. By now everyone is very familiar with the assaults on liberty stemming from measures ostensibly in the name of stopping the spread of covid and the way in which such measures have threatened the very existence of the social order. Beyond such obscene and unprecedented measures, 2020 also demonstrated that the leaders of our society are truly incompetent and bungling. The ineptitude is truly staggering, even for skeptics of the state. When surveying the wreckage of last year one can’t help but feel a sense of dread and apprehension for the long-term health of our civilization. 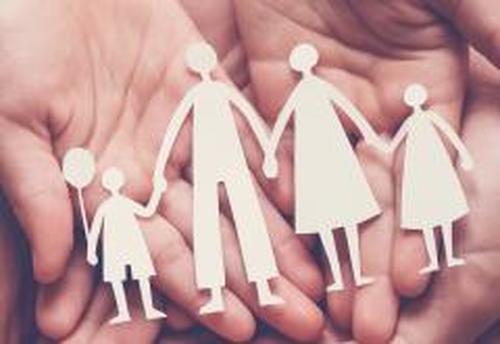 It is not only the state and its myriad of pathetic politicians and power-mad bureaucrats who are cause for concern. Culturally, the woke madness has been spreading like a malignant cancer throughout the body politic. Churches, universities, large companies, and cultural institutions have increasingly come under the sway of the reality-denying woke ideology. No doubt that a few hundred years in the future some enterprising author will make a fortune humorously documenting all the culturally accepted absurdities of our era, but unfortunately they are not so amusing to those of us forced to endure them.

Now, 2021 has opened with even more chaos and uncertainty as a riotous mob supporting Trump stormed the capital building. This crazed lunacy has only furthered the idea that we are on the decline, not to mention that it will serve as a convenient excuse for any number of further government crackdowns.

Looking around at the wreckage and continued decay of our society, it is easy to become discouraged and even to begin to feel desperate. In such desperation, it may seem necessary to redouble our efforts to affect political change and “save the country” from its present disastrous course.

While such a position is easy to understand, I would posit that perhaps trying to roll back the state via electoral victory, which is what friends of liberty have consistently failed to do for decades, is not a viable strategy, and that it is actively contributing to the problem.

While it is popular and accurate to blame our societal elites for being pathetic and inept, the truth is that these leaders, both political and cultural, are reflections of us. Leaders who do not reflect the character of the people they lead will not be leaders for long. In the final accounting, it is not the words written down on the parchment of the Constitution that govern the United States. Rather, the true constitution of a people is the one that is written in their hearts. A badly written constitution will not be an obstacle to a virtuous and ordered people, just as the most brilliantly organized constitution will not save an unvirtuous and disordered people.

Perhaps, in the same way that the central government has sapped more and more of the strength and social power from all other institutions of social life, it has also sapped our attention and energies from where they truly belong. To what extent have efforts to stop the government merely made its job easier by leading us to neglect our families, churches, and communities? To what extent has it made us neglect our very own cultivation of virtue?

In the first chapter of The Art of War, Sun Tzu counsels that if the enemy “is in superior strength, evade him….Attack him where he is unprepared, appear where you are not expected.” Constantly attempting to seize the power of the state in order to reduce it has been attacking the enemy where he is strong and engaging on his terms. In a sense, we have let the central government determine the battlefield. Political power is not the only repository of power in society, yet we have chosen to constantly engage the state in that sphere and have consistently lost. Even supposed victories tend to merely be rearguard-holding actions to delay rather than defeat.

I would suggest that the time has come to consciously turn to an alternative strategy of cultivating social power outside of the state apparatus. Such an effort is likely to lead to much more success, although that is a low bar since the current strategy has led to no success at all. Unlike federal electoral politics, it begins with something entirely and completely under one’s control: oneself.

The key to the cultivation of alternative poles of social power begins with order, specifically the ordering of one’s own life. This is not an idea original to me. Canadian psychologist Jordan Peterson has recently popularized this idea in a secular manner with his refrain of “clean your room.” Less recently, though in a far more sophisticated manner that recognizes man’s spiritual nature, the political theorist Eric Voegelin has written voluminously about modern chaos as stemming from internal disorder that is the result of man’s loss of connection to the engendering experiences that serve to capture the truth of reality, the end result of which is the rise of totalitarian ideologies.

Instead of a more traditional concern with cultivating oneself, with looking after the beam in one’s own eye, modern man has become obsessed with everyone else on the planet. Even friends of human liberty have fallen prey to this tendency, from time to time, in our excessive investment of time and attention to political issues that are far removed from our actual lived existence. In doing so, we have neglected to build up alternative bases of social power in our families and communities.

One may respond that it is all well and good to order oneself, but that it is not enough or is even pointless in the face of the wider chaos that is engulfing the rest of society. However, it may be that such self-ordering is in fact the only thing that restores order to the rest of society. Philosopher Irving Babbitt argued that “there may be something after all in the Confucian idea that if a man only sets himself right, the rightness will extend to his family first of all, and finally in widening circles to the whole community.”

If dark and illiberal days truly are ahead, as it seems reasonable to consider at least as a possibility, then these localized bastions of ordered liberty will become more important than ever. Perhaps instead of letting strangers in state schools and who knows what kind of wackos on the internet raise one’s children, now is the time to take the plunge into homeschooling, or at the very least to invest time in their education and moral upbringing. Perhaps now is the time to develop friendly relations with one’s neighbors and to begin attending local township meetings. Perhaps now is the time to begin to invest one’s time and energy in what the sociologist Robert Nisbet called the intermediary groups and associations that serve as a buffer between the state and the solitary and weak individual.

This is not to say that federal politics should be ignored completely; the federal government is impossible to ignore thanks to the immense power it wields. But such engagement must not come at the cost of those areas of life that are truly under one’s control.

Disorder increasingly reigns across the land and with disorder inevitably comes oppression and the curtailment of our traditional rights and liberties. The restoration of order begins with oneself and one’s home. Societal order will not be restored until order is restored in the hearts of those who make up the society. Even if the pessimists are correct and our country is too far advanced down the path of decay and collapse that every other empire has trodden in history, the cultivation of personal order is still imperative for survival in the dark and chaotic days to come.