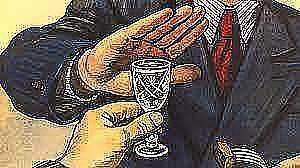 Russians are being asked to make the ultimate sacrifice; no drinking alcohol for six weeks after taking the country’s COVID-19 vaccine. 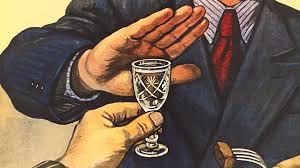 In a statement to state-owned Tass, Deputy Prime Minister Tatyana Golikova said that Russians will need to take heightened precautions during the 42 days that the ‘Sputnik V’ coronavirus vaccine requires to reach maximum effectiveness.

“[Russians] will have to refrain from visiting crowded places, wear face masks, use sanitizers, minimize contacts and refrain from drinking alcohol or taking immunosuppressant drugs,” she said.

(So, no transplant recipients or HIV-positive individuals?)

And as the New York Post notes, the head of Russia’s consumer safety watchdog, Anna Popova, echoed Golikova’s statement in the Moscow Times – saying “It’s a strain on the body. If we want to stay healthy and have a strong immune response, don’t drink alcohol.”

Russian health officials say the Sputnik V vaccine is over 90 percent effective, but reports say medical workers who have taken the shot have come down with COVID-19. Russian President Vladimir Putin has reportedly refused to take it.

Western experts have expressed skepticism at the speed at which the purported vaccine was developed and Russia hasn’t provided any data to back up its claims for the shot. –New York Post

Of note, Russia is the fourth-largest consumer of alcohol per person in the world – with the average Russian consuming nearly 4 gallons per year, according to the World Health Organization (2010).