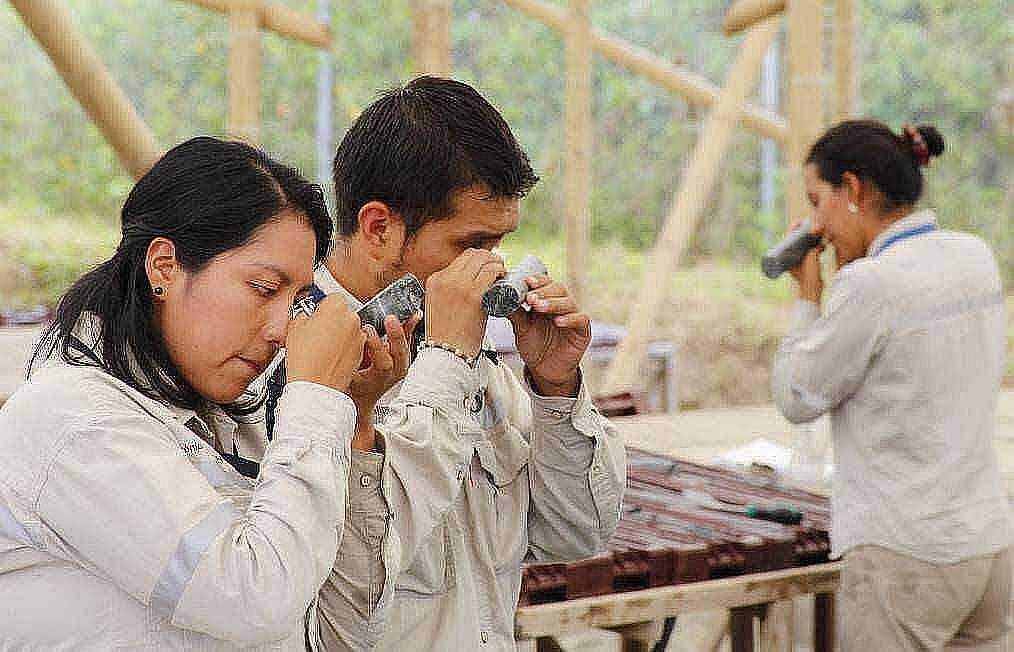 According to the company, rock-saw channel sampling over surface exposure in Tandayama Creek returned a significant assay result of 37m @ 0.25%CuEq (0.15Cu, 0.18 Au).

“Rig 5 is drilling the first hole at Tandayama-America, TAD-20-001, and is at a current depth of 258m. Drilling has intersected visible chalcopyrite copper sulphide mineralisation from 55m depth, with additional visible molybdenite and sphalerite mineralisation occurring from 199m depth,” the company said in a press release.

“Rig 6 is drilling the second hole at Tandayama-America, TAD-20-002, and is at a current depth of 104m. Drilling has intersected visible chalcopyrite mineralisation from 44m depth, including trace visible bornite from 68m depth.”

The Alpala mineral deposit “could become the largest underground silver mine, third-largest gold and sixth-largest copper in the world,” the Energy Ministry said in a statement last year.

Cascabel has mineral reserves of 10.9 million tonnes of copper and more than 23 million ounces of gold, according to official data.

The evaluation estimates the project could function for 49 to 66 years using underground mining operations.

Additionally, the project during its first 25 years would have an annual production of around 207,000 thousand tonnes of copper, 438,000 ounces of gold and 1.4 million ounces of silver, the ministry said.

Midday Thursday, SolGold’s stock was up 6% on the TSE. The company has a C$1.44 billion market capitalization.