The Supreme Court on Monday denied former President Trump’s request to halt the release of tax and other financial records to Manhattan District Attorney Cyrus Vance. 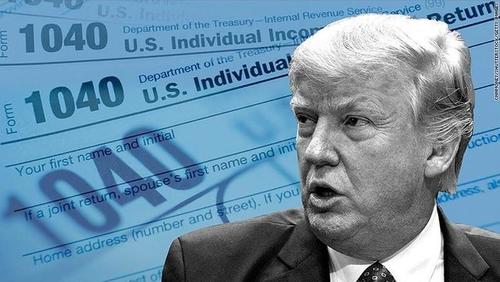 In their ruling, the justices refused to block a subpoena to Trump’s accounting firm while he continues to push for a Supreme Court appeal, according to Bloomberg.

The high court had deferred acting in the case for more than three months, waiting until Trump again became a private citizen to take a step that could boost Manhattan District Attorney Cyrus Vance’s probe. Vance’s investigators have already gotten hold of some of the tax records from other sources, according to people familiar with the matter. The investigation looms as one of the biggest legal threats to Trump, though its exact parameters are unclear. – Bloomberg

In August, Manhattan prosecutors indicated in court filings that they were investigating tax fraud, insurance fraud and falsification of business records. DA Cyrus Vance agreed to hold off on enforcing the subpoena while Trump’s Oct. 13 motion to stay was under consideration by the Supreme Court.

The court on Monday also denied Trump’s challenge to the Pennsylvania 2020 election results as moot.