In what is turning into a spectacular backfire, Goya products are being cleaned out of grocery store shelves in what is being dubbed the “Chick-Fil-A” effect by The Daily Wire.

Namely, leftists have called for a boycott over the brand after its CEO publicly praised President Donald Trump. Instead, conservatives took matters into their own hands and are reportedly buying more Goya products than they normally would to show support for the company, its CEO and the President. It’s being called a “Buy-Cott”. 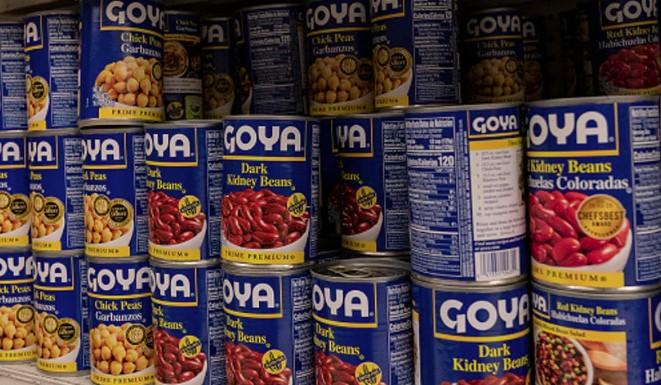 It began when radio host Mike Opelka began encouraging people on Twitter to buy $10 worth of Goya products to turn around and donate to their local food bank.

He Tweeted: “My brother came up with a terrific idea and I am encouraging all to join me in purchasing $10 worth of Goya Foods products and donating them to your local food bank. Let’s push a BUY-cott, not a boycott. Let’s show the #Goyaway people what compassion can do.”

Other conservative voices joined in:

Go out today and buy your Goya foodshttps://t.co/O9undwBG8i

And most of the ones who do will cave by #NocheBuena pic.twitter.com/lKydzqpXuA

And this weekend a GoFundMe effort was launched to feed the hungry using only Goya products. It has raised over $43,000 so far.

Casey Harper, who started the GoFundMe, said: “I’m not surprised we have raised so much because people are tired of having to walk on eggshells in political discourse. Also, Americans are fundamentally generous people, so a chance to feed the hungry and stand up to cancel culture was an easy win.”

Recall, three days ago, we reported that the Goya CEO “refused to apologize” for his comments praising President Donald Trump. As a result, many liberals announced they were boycotting his company.

By last Thursday evening, “Goya,” #BoycottGoya and #Goyaway were trending topics on Twitter.

We learned to bake bread in this pandemic, we can learn to make our own adobo con pimienta. Bye. https://t.co/qKHNYfkqCq

Oh look, it’s the sound of me Googling “how to make your own Adobo” https://t.co/YOScAcyAnC

.@GoyaFoods has been a staple of so many Latino households for generations.

Now their CEO, Bob Unanue, is praising a president who villainizes and maliciously attacks Latinos for political gain. Americans should think twice before buying their products. #Goyaway https://t.co/lZDQlK6TcU

Goya’s CEO joined other Hispanic leaders at the White House on Thursday to take part in the Administration’s “Hispanic Prosperity Initiative” to promote economic and educational efforts.

“In 2012, 8 years ago, I was called by Michelle Obama to Tampa and they were mentioning to launch a ‘MyPlate’ thing, it’s putting the nutritional pyramid into a plate of portion control. They wanted to approach the African American community, Hispanic community to eat more nutritionally. So, they called on us as the most recognized Hispanic brand in the United States and I went.”

He continued, “I went to the White House later and I introduced Hispanic Heritage Month, President Obama. And, so, you’re allowed to talk good or to praise one president, but you’re not allowed, when I was called to be part of this commission to aid in economic and in educational prosperity, and you make a positive comment, all of a sudden that’s not acceptable.”

Recognizing the existence of a double standard between the public’s view of working alongside the different administrations, he added, “So, you know, I’m not apologizing for saying, and especially if you’re called by the President of the United States, you’re gonna say ‘no, I’m sorry, I’m busy. no, thank you.’ I didn’t say that to the Obama’s and I didn’t say that to President Trump.”