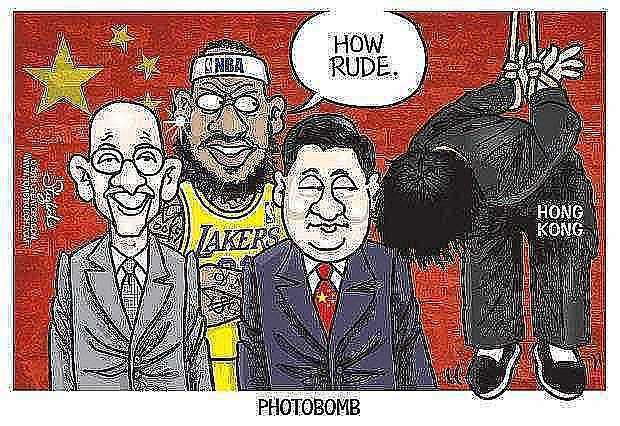 The Uighurs, China, & The Lucrative Hypocrisy Of LeBron James And The NBA

Authored by James Durso, op-ed via The Hill,

Last week the National Basketball Association was brought to heel by China over a tweet by Daryl Morey, the general manager of the Houston Rockets, supporting democracy protestors in Hong Kong. Chinese retribution was quick as all 11 of the NBA’s official Chinese partners suspended ties, and appearances and endorsement deals were cancelled — just as the Los Angeles Lakers and Brooklyn Nets arrived in Shanghai for two exhibition games.

Americans were feted to the sight of Houston’s James Harden and LeBron James of Los Angeles reciting their lines like kidnapping victims in a ransom video. 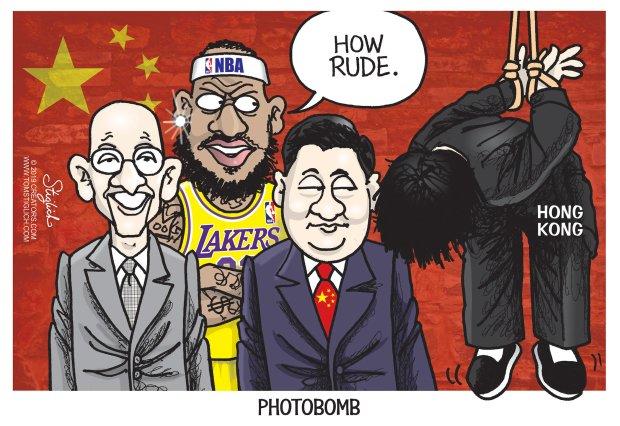 Harden’s “We apologize. You know, we love China” was forgettable enough, and Golden State Warriors coach Steve Kerr helpfully informed us “The world is a complex place and there’s more gray than black-and-white” when asked about the NBA kowtowing to the Chinese government. But @KingJames wrote his epitaph with, “So just be careful what we tweet and what we say and what we do. Even though yes, we do have freedom of speech, it can be a lot of negative that comes with it” — which is probably what the Chinese government tells the Chinese people.

If LeBron James were some Vice President of GM, no one would care what he said or did, but he’s a woke celebrity and an activist for labor rights and social justice who forgot when you attack others for their failings, real or imagined, you raise the bar for yourself.

The Hong Kong protestors — the real activists — registered their disappointment, some by burning #23 jerseys and commenting “LeBron James stands for money. Period.”

Wesley Snipes said, “Always bet on black” but the NBA proves the most powerful color is green. 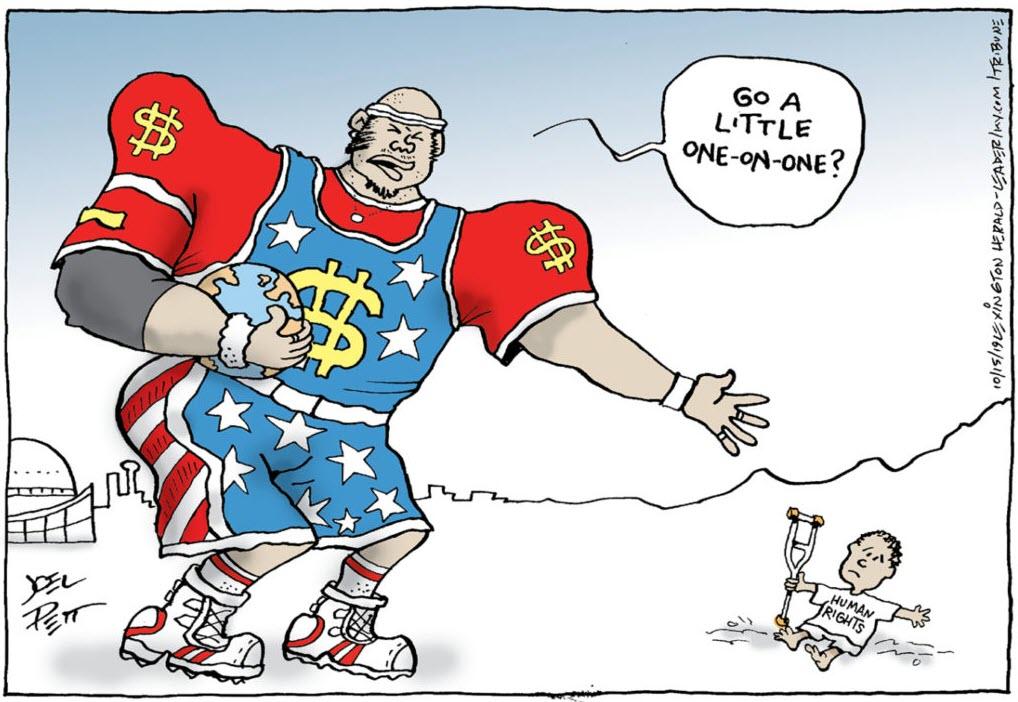 According to NBC News, last year 800 million Chinese watched an NBA game, “the league is estimated to be worth about $5 billion in China… and the NBA just signed a new partnership agreement with an internet company in the country for $1.5 billion.” China is 10 percent of the league’s revenue — and that could climb to 20 percent by 2030.

Mr. James gets by on $35 million from the LA Lakers, and $32 million from Nike (part of an alleged $1 billion lifetime deal), but the post-NBA money will come from his SpringHill Entertainment which is collaborating with Warner Brothers on “Space Jam 2” that James will produce and star in. The movie will make a lot of money in China — if Beijing’s censors allow it in — which is probably what occupied his mind on that long flight back from China.

And Nike’s shoe sales in China doubled in the last five years, and the company has 110 factories and over 145,000 workers in China. After all, those $110 #23 jerseys don’t stitch themselves. 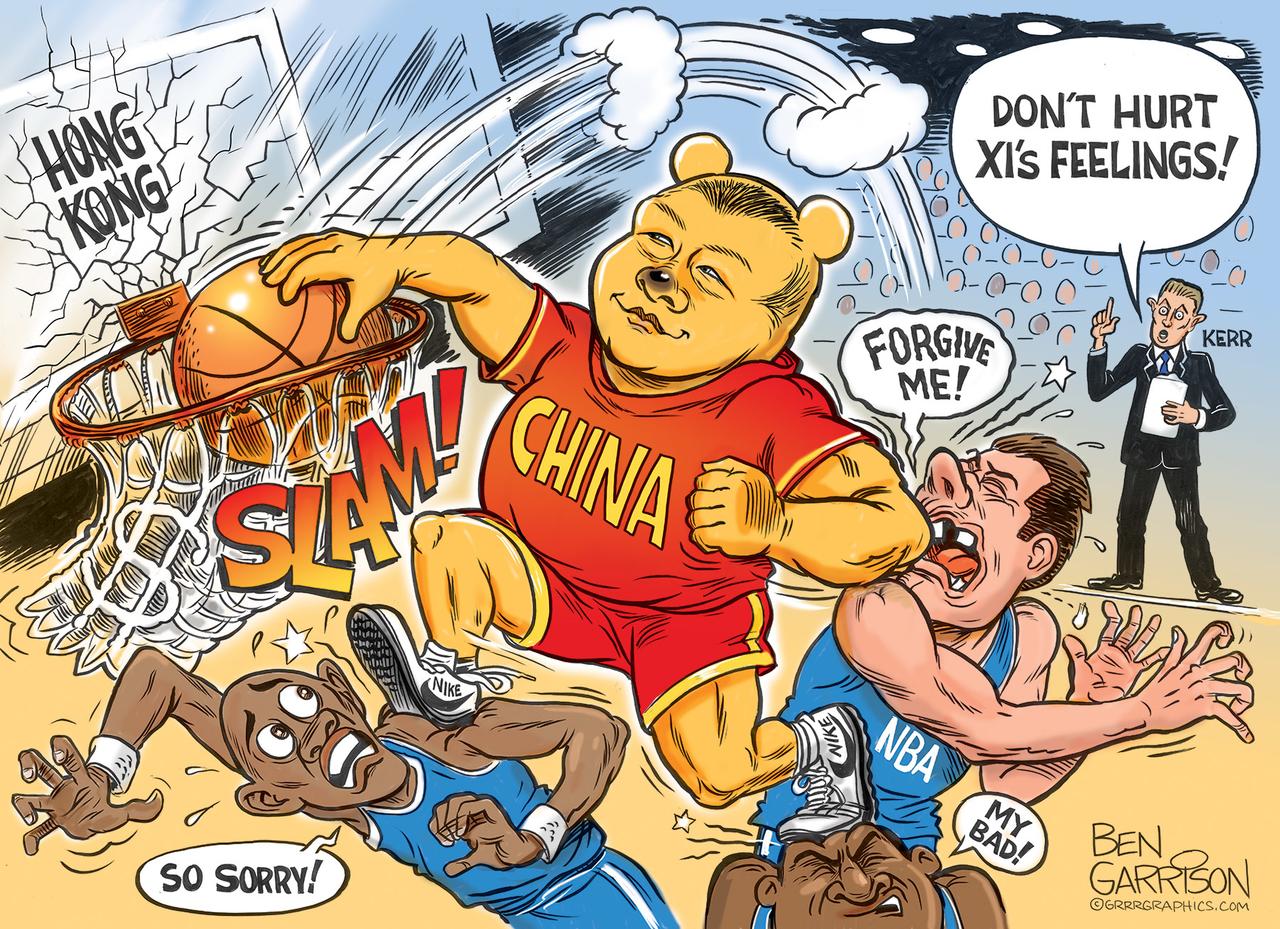 In fact, who does stitch them?

Nike doesn’t say. But according to the Citizen Power Institute (CPI), much of China’s apparel production is done by up to 1 million of China’s Uighurs and other Muslim ethnic groups detained in so-called re-education camps or vocational training centers, intended to cleanse them of their ethnic and religious  identity and make them loyal to the Communist Party of China.

The camps and centers are in the Xinjiang Uyghur Autonomous Region, which produces 84 percent of China’s cotton crop (Nike says the #23 jerseys are 100 percent recycled polyester), and most are run by the Xinjiang Production and Construction Corps (XPCC), a paramilitary organization that reports directly to the Communist Party of China and is tasked to help maintain political stability in Xinjiang. One of the ways it is doing so is by detention of large numbers of Uighurs in “re-education camps” which complements the Chinese government’s goal of vertical integration of the  garment manufacturing sector.

The XPCC operates through a network of joint-ventures and front companies that produce the finished goods. One of the XPCC’s joint-venture partners is Hong Kong-based Esquel Group, which produces clothing for Nike.

If the NBA would crack a history book, it might learn that “cotton field reclamation to planting, harvesting” was the cause of the “War Between the States.”

Do the NBA and its players understand this? You bet.

Just understand all that “Injustice Anywhere Is A Threat To Justice Everywhere” for what it is — marketing — and that the league confines its posturing and tweeting only where there are no financial consequences.

And there probably won’t be any financial penalties for the NBA, Nike, or LeBron and the other players, according to marketing experts who say “this will pass.”

But one thing it has done is take the sharp edges off the ability of the league and the players to gratuitously comment on political and social issues du jour, knowing the rejoinder may be “why aren’t you speaking out about Uighur slaves in cotton fields?”

LeBron James always wanted to be “More Than an Athlete” but is this what he had in mind?