The share price of Bushveld Minerals – the London-listed junior miner which operates the Vametco vanadium mine in South Africa – has more than doubled since mid -March and Bushveld’s March quarter report shows why.

Bushveld shares have soared from 8.55p on March 12 to 20.3p currently pushing the group’s market capitalisation to £216m equivalent to some R3.7bn at current exchange rates. That means if Bushveld was listed on the JSE it would be bigger than Pan African Resources – which has a market cap of R2.9bn – and considerably larger than DRDGold (R1.3bn market cap); Wescoal (R729m) and MC Mining (R757m).

The Bushveld share price has taken off after the success of a $22.2m rights issue at a price of 10.3p a share which was heavily oversubscribed.

The share price has been driven up by a combination of the soaring price of vanadium as well as delivery by Bushveld management on its ambitious expansion programme which will ultimately push production from the Vametco plant to 5,000t/year of vanadium by 2019.

Bushveld completed the first phase of the expansion project during the March quarter. The second phase is scheduled for completion by the end of June this year at which point Vametco’s output capacity will be ramped from the current 3,035t/year to 3,750t/year.

Commenting on the March quarter results Mojapelo said, “we are pleased with the strong performance at Vametco over this period which was underpinned by the completion of the first phase of the expansion project. Plans for commencing Phase three are progressing to schedule. We remain focussed on delivering on this important aspect of our strategy which will allow us to take advantage of current higher prices along with supporting our electrolyte and ferro-vanadium production aspirations. “

Bushveld bought Vametco – which is located near Brits in North-West Province – for $11m in 2016. Since 2017 the vanadium price has soared because of increased demand from China for its traditional use as an alloy to strengthen steel but also because of anticipated future demand from the energy sector for its use in vanadium redox flow batteries.

In addition to Vametco, Bushveld is also pushing for development of the Mokopane Vanadium project in Limpopo Province which it describes as “one of the world’s largest primary vanadium resources.”
Bushveld said that an application for a new order mining right was lodged in 2015 and the company is in on-going negotiations with the Department of Mineral Resources. 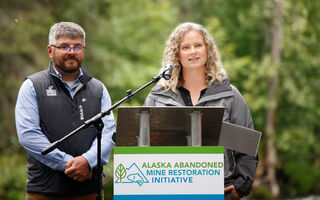 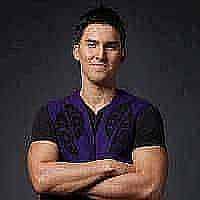 Eskay Creek is a past-producing mine fir