A video out of China shows a man being called in and interrogated by authorities for the crime of criticizing the police on social media. 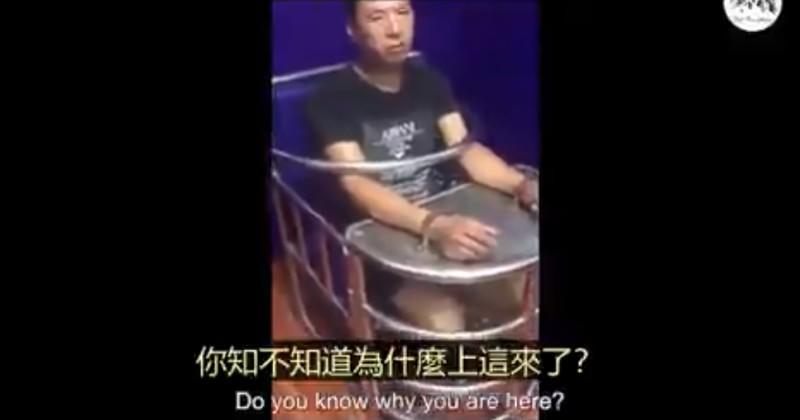 The clip shows the man handcuffed to a metal chair as he is asked personal questions.

“Why did you complain about police on QQ and WeChat?” police ask the man.

He is then grilled about his screen name and activity in a group chat on the WeChat platform.

China spies on social media conversations. Then they bring dissidents in for a real-life chat. I’d say we’re AT LEAST five years away from that over here, so no worries. pic.twitter.com/HjXzqsgr8S

“Why did you talk about the traffic police online…what’s wrong with police confiscating motorcycles?” he is then asked.

The man attempts to come across as apologetic but is then asked again, “Why did you badmouth the police? Do you hate the police?”

The man explains that he was drunk when he made the comments and is then asked to apologize to the police.

Under its social credit score system, China punishes people who criticize the government, as well as numerous other behaviors, including;

Back in August, the Communist state bragged about how it had prevented 2.5 million “discredited entities” from purchasing plane tickets and 90,000 people from buying high speed train tickets in the month of July alone.

Citizens will also be forced to pass a facial recognition test that runs them through the social credit score database before being allowed to use the Internet.